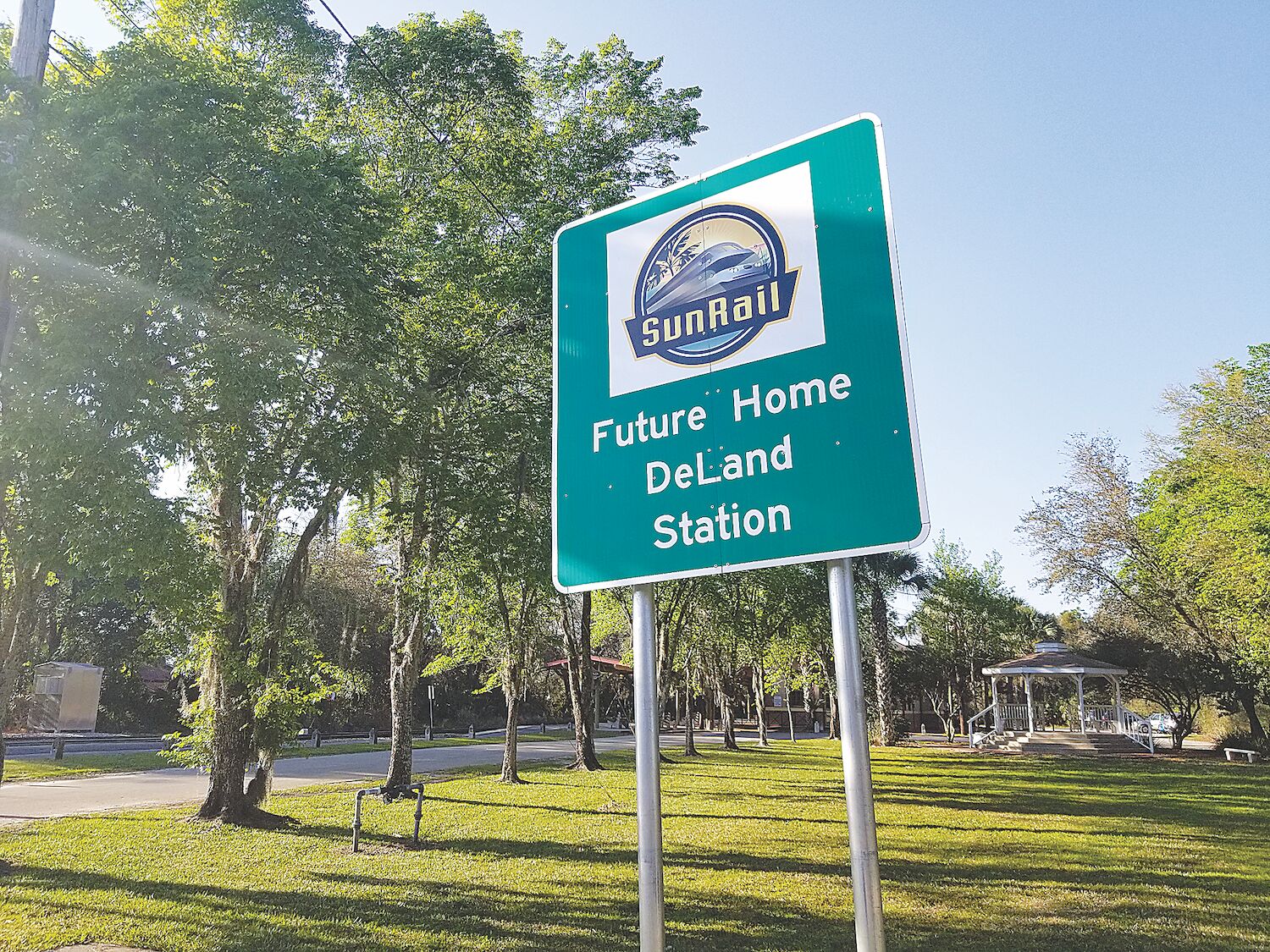 Following through on its commitment to pay its share of the cost of extending SunRail to DeLand, the Volusia County Council is taking out a loan.

The council agreed April 20 to borrow $11.24 million from the State Infrastructure Bank to pay its 25-percent share of the hard costs: 6 miles of double tracking, at-grade railroad crossings with roads, and a SunRail depot next to the Amtrak station off Old New York Avenue on DeLand’s west side.

The county will borrow and repay the loan over 15 years at an interest rate yet to be set, but expected to be at or about 1.75 percent. At that rate, the county will be obligated to pay almost $859,000 each year.

That annual debt service will come as the county will also most likely have to begin paying a share of the costs of running the trains. The tandem debts, especially the latter, worry county leaders.

“We’re going to be faced with the operating costs in a couple of years, and they’re way above the original costs,” County Council Vice Chair Billie Wheeler said. “Do we have any idea what that will be?”

“You could be looking at $7 million to $8 million. That you don’t know right now,” County Manager George Recktenwald replied.

Recktenwald’s estimate is significantly higher than the $2 million-$3 million annual cost of operation that was projected in 2007, when Volusia and its commuter-rail partners — the counties of Seminole, Orange and Osceola, and the City of Orlando — ratified agreements to establish, operate and maintain a 61-mile system between Poinciana and DeLand.

Since SunRail’s inception, DeLand was envisioned as the north terminus of the commuter-rail line.

The initial purpose was to provide an alternative for workers in outlying points in Orange, Seminole and Osceola counties to go to and from jobs in Greater Orlando, without having to rely on Interstate 4.

As planning and refining of the rail system developed, the segment extending from Sand Lake Road to Poinciana was built, while the 12-mile segment between DeBary and DeLand remained unbuilt.

Only within the past 12 months has there been movement to fulfill the promise to add SunRail service to DeLand.

Part of the delay resulted from a reluctance to provide service that may benefit a relative few people. According to the official projections, the DeLand depot may serve approximately 200 riders per day — a small percentage of those using SunRail each day.

Before the coronavirus pandemic caused unemployment, shortened work hours, more working at home and fears of being too close to other people, SunRail had an average daily ridership of almost 7,000 people, five days a week.

Now, amid calls to increase service to seven days a week and add night trips, Recktenwald warned the expenses, and Volusia County’s share, could go higher.

The latest figures show SunRail’s annual operating costs total some $58 million. Revenues from fares, charter runs and advertising amount to about $18 million a year. The resulting shortfall of $40 million will be apportioned among the five SunRail partners.

The Florida Department of Transportation is now paying SunRail’s expenses and covering its deficit.

The FDOT was supposed to operate and pay for the system only for the first seven years, beginning May 1, 2014, and then hand off the system and its expenses to the five players on May 1, 2021.

But, knowing the partners are not ready to assume ownership and control, and realizing there is no transition plan in place, the FDOT has said it will likely extend its commitment to operate and pay SunRail’s expenses — including ancillary outlays for such things as Votran and Lynx bus service to and from rail depots — for a while longer.

That was a relief for local officials wondering how they would manage the transit system while they wait for a return to pre-pandemic normalcy.

Updates on SunRail’s financial health and steps toward the transition from state to local ownership will likely come at the April 29 meeting of the Central Florida Commuter Rail Commission in Orlando.