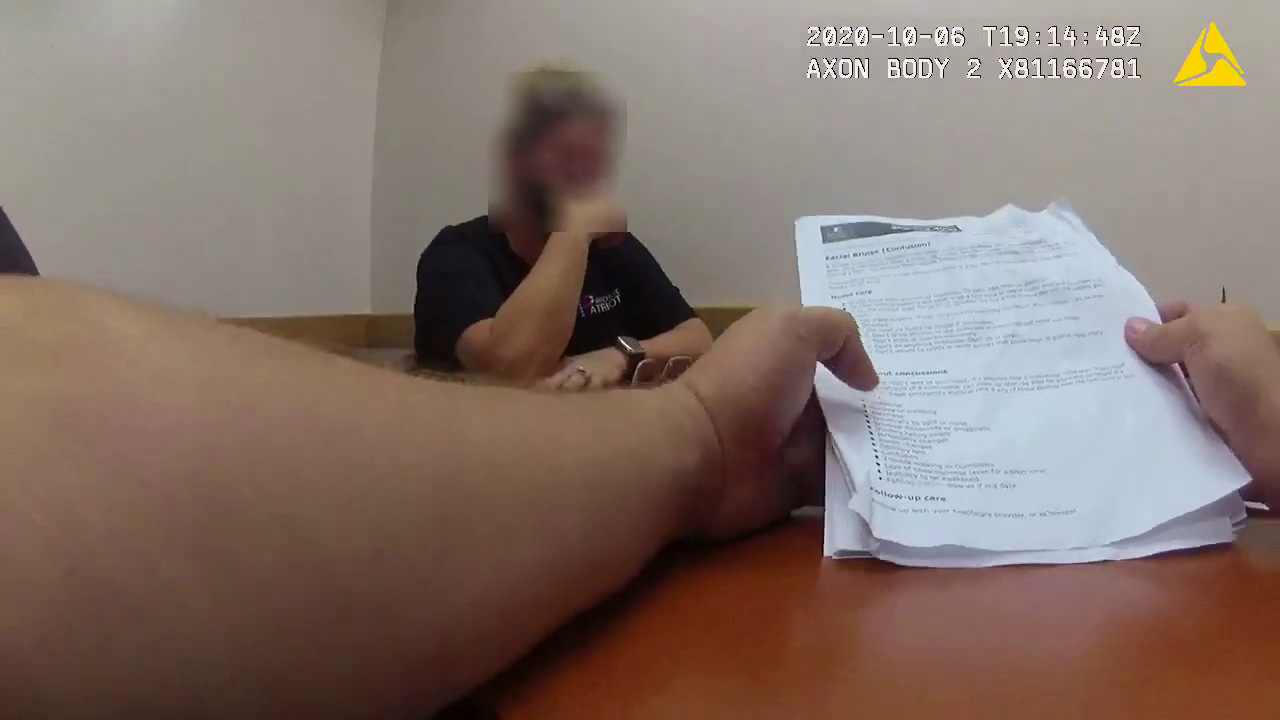 A DeLand police officer has been reprimanded after he told a woman with visible bruises that she should leave town.

On Oct. 6, 2020, a woman, accompanied by her mother, reported to a victim advocate and DeLand police Officer Illya Kryshchenko that on Oct. 5 she had been tricked into visiting a former lover, and at his home was beaten up by him and his wife.

According to an internal investigation report, in audio captured by Kryshchenko’s body camera before he met with the woman, he is heard saying “This is f***ing bull****; she did it to herself.”

The woman reported that she had been in a sexual relationship with a local DeLand man, a relationship she called “toxic.” Although they had broken up, the relationship had recently become amicable, she told police. The man invited her to meet, and she agreed.

When she parked, she said, the man’s wife blocked her in with a vehicle. The man choked her and the wife punched her repeatedly, she reported.

Later that night, she went to the hospital because she was afraid she had a concussion, and the next day went to the DeLand Police Department to report the incident.

During the meeting, Kryshchenko apparently misunderstood the factors of the legal definition of “Dating Violence” in Florida state statute. Rather than “a dating relationship must have existed within the past six months,” Kryshchenko believed that a couple must have been together for at least six months.

Apparently, because of that misunderstanding, Kryshchenko made several statements to the woman that seemed to dissuade her from seeking charges against the man and a restraining order, which she originally sought.

According to the internal investigation, Kryshchenko indicated that the only charges possible were misdemeanor battery, and he expressed the opinion that that would not be enough for a judge to grant a protective order.

“If he’s already threatening you, I would suggest going back to North Carolina with the kids,” Kryshchenko is quoted in the report as having said. “You have to skip town.”

By the end of the encounter, the woman tells Kryshchenko she does not want to pursue charges.

The victim advocate, who was present during Kryshchenko’s interview with the woman, reported the incident to her supervisor, leading to the internal investigation.

DeLand police Detective Chris Jusick attempted to contact the woman multiple times in the days following the interview. According to a narrative supplement report provided to The Beacon, as of April 13, the case has been closed “due to the victim not cooperating.”

Kryshchenko, 25, has been with the department for four-and-a-half years, Lt. Juan Millan said.

“This incident is being used as an opportunity to help Officer Kryshchenko with retraining on domestic violence and dating violence investigations,” Chief Jason Umberger said in a statement. “He has shown in the past that he has the ability to be a very good officer for the DeLand Police Department. We are confident that he will improve his skills and continue to serve the community in a professional way.”

Kryshchenko received 80 hours of unpaid suspension for the incident, and is required to be retrained in five different areas, including sensitivity training, procedural justice, implicit bias, and dating and domestic violence.