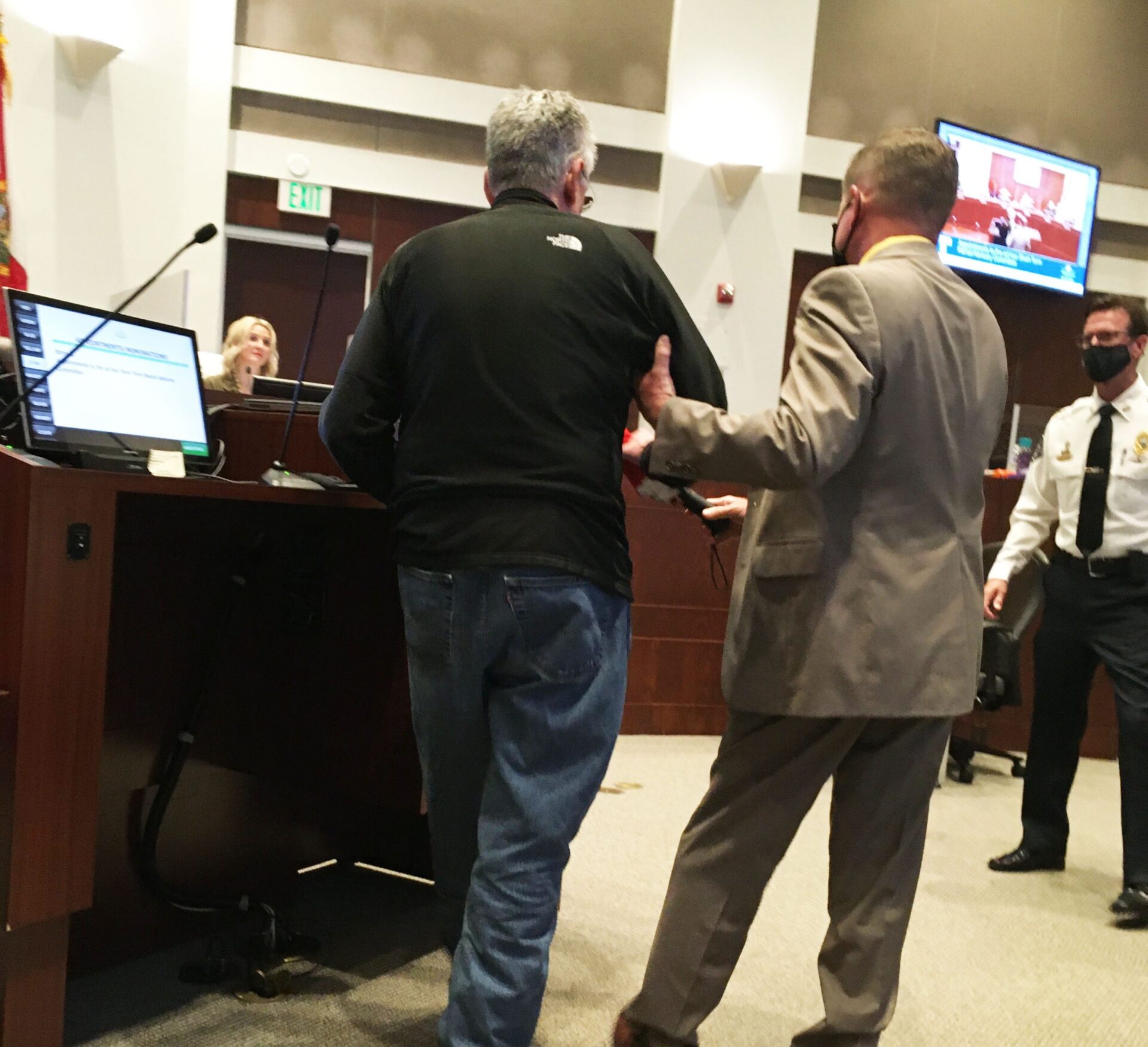 What are the Volusia County Council’s meetings supposed to be?

Are they supposed to be dignified settings in which the local issues of the day are thoroughly aired, with those holding opposing viewpoints arguing their best while showing courtesy and respect for others? Or are the meetings to be virtually unrestricted free-speech zones in which even raw rhetoric and coarse verbiage compete with polite and refined discourse?

“It just continues to get worse and worse,” Council Member and former Sheriff Ben Johnson said, adding the comments sometimes escalate from passion to “fighting words.”

Does the County Council have the right to demand people coming into the meeting follow some rules of behavior?

With the forced removal of a citizen from the council chambers at the April 20 meeting — following an outburst and name-calling — still fresh in the minds of county leaders, council members wonder what, if anything, they should do about spectators who become noisy and disruptive.

“We need to have some decorum. It’s easier to keep it under control than to get it back under control once it gets out of control,” Johnson said. “You can lose control of this chamber on a moment’s notice.”

Following up on the dynamics of crowd psychology and herd impunity, Johnson added he is also “against the idea of clapping or booing” in the audience.

“Everybody has a right to be as vile as they want. I don’t like it, … but I fear the heavy hand of government coming down hard on them,” Brower said.

“We’re going to tell people what they can and can’t say,” Brower countered. “I‘m not going to tell someone their speech is censored.”

“I’m not in any way asking for people to be dragged out of the chamber,” Council Member Heather Post said. “I’m just talking about interrupting the meeting, … disrupting. … You can’t just stand there and say things over and over.”

The County Council has yet to reach a consensus on what limits, if any, may be placed on public participation in the proceedings.

“I’m more concerned about security,” Council Member Danny Robins said, questioning if metal detectors may be in order for those entering the meetings.

Fears of possible violence in 2019 prompted Deltona’s leaders to acquire metal detectors and mandate that everyone, including elected officials, entering the City Commission Chambers pass through them. The extra security precautions are still in place at Deltona City Hall.