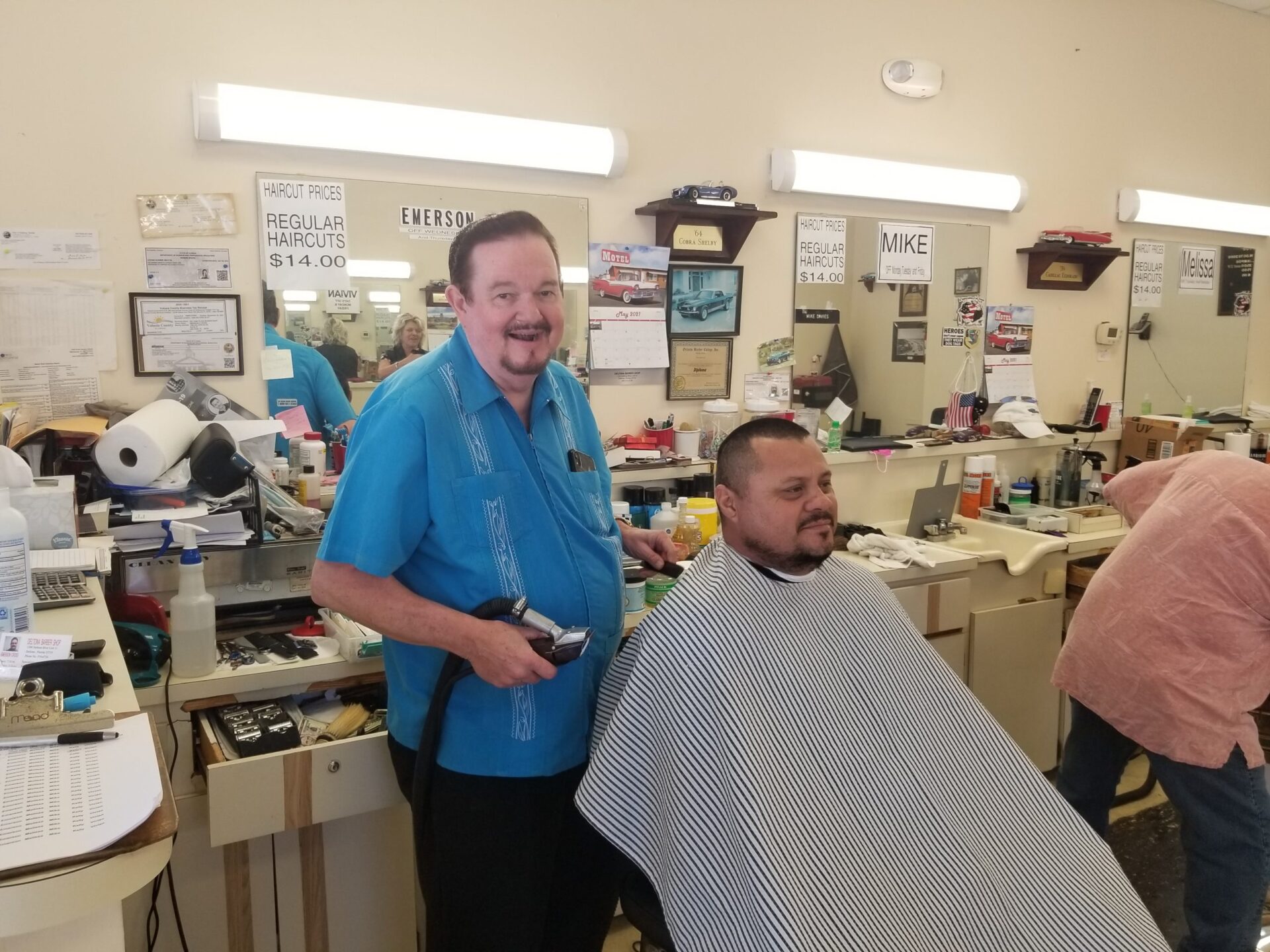 Small businesses are the lifeblood of our communities. They provide services, add jobs, keep our dollars local, support our local nonprofits, and lend color and character to our towns.

We check in with a few of West Volusia’s small business owners to hear their stories, and share some advice for small businesses and prospective entrepreneurs.

With more than 55 years of experience at Deltona Barber Shop, barber and owner Emerson Cross has some tips to share with other small-business owners.

Cross does recognize that things were a little different in the 1960s, when his business was launched.

For instance, to get the word out about the shop, Cross would go down to the utilities office, where he had gotten to know an employee.

“I asked her to give me the names and addresses of people who were moving in,” he said. “My mother would send postcards welcoming people.”

Similarly, when Cross and his dad, Donald Cross, opened Deltona Barber Shop, at 1200 Deltona Blvd., Unit 31, in 1965, they were the only ones around and had a corner on the market. While his isn’t the only barbershop around anymore, the shop is still an institution.

“I got to know most everybody,” Emerson Cross, now 78, told The Beacon. “I knew people who have parks named after them now. I cut their hair before they had that.”

The lesson? Get to know your community. Businesses don’t become institutions overnight.

Another important lesson Cross has learned is perseverance.

“I’ve been through all kinds of trends and times, you know. I think this COVID thing is about the worst we’ve been through, because it really put a hurt on everyone,” Cross said. “We’re just now starting to make a comeback from that.”

Another challenge the barbershop faced was when the Deltona Plaza — where the Deltona Barber Shop has been since it opened — lost its Winn-Dixie grocery, which had been a big draw to the plaza.

“That was a major store in this plaza,” Emerson Cross told The Beacon. “That didn’t help.”

But through it all, the barbershop has held its ground and kept cutting Deltona’s hair.