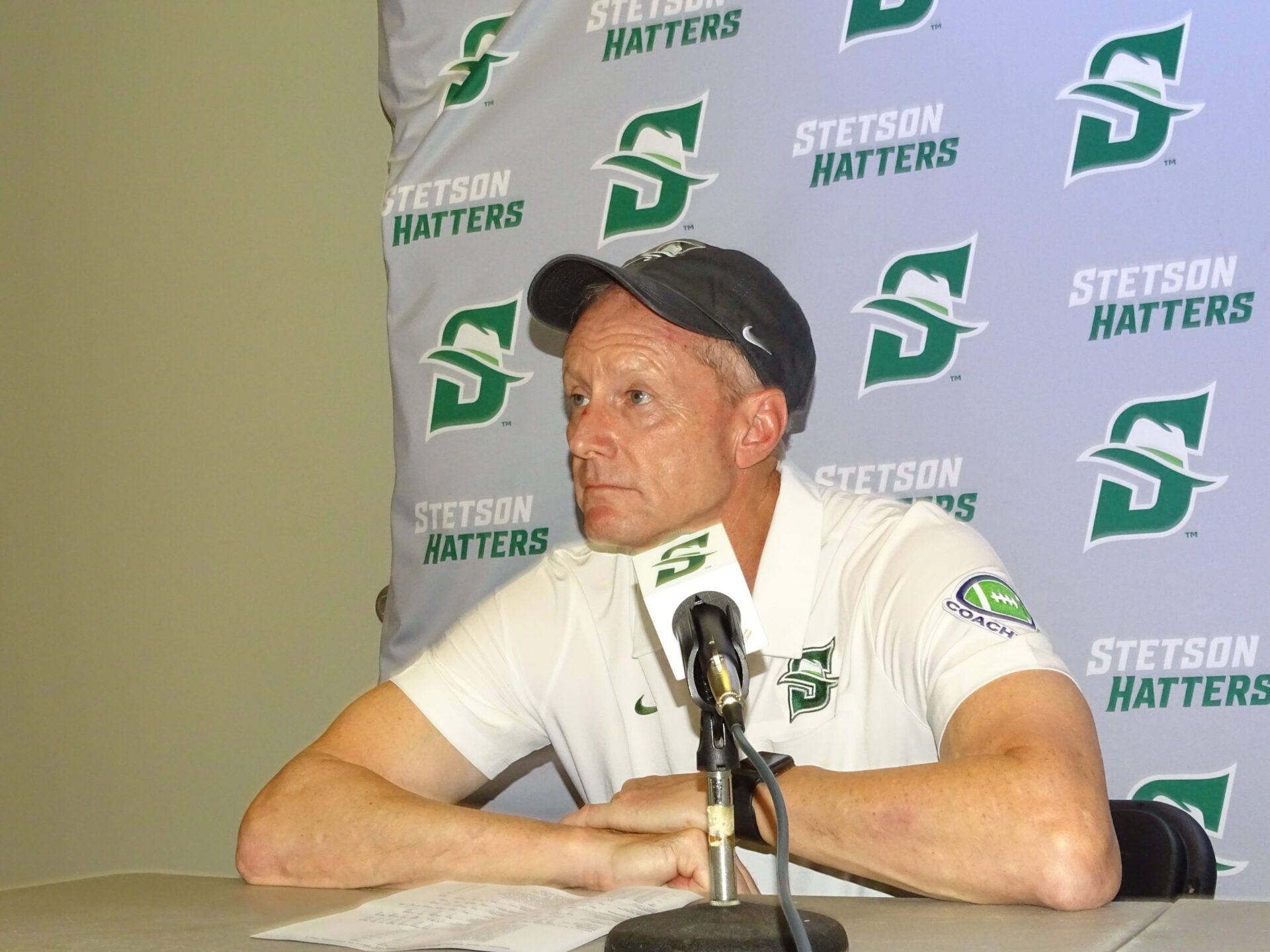 Hughes has been with Stetson Athletics since 2011 and revived the Hatter football program in 2013. In 2018, he was named Pioneer Football League Coach of the Year.

Stetson Athletics will begin a search to identify the Hatters’ next football coach immediately, with Deputy Athletics Director Alicia Queally leading the search.

The Pioneer Football League has named the 2021 Academic All-PFL squad, and eight Hatters were among the 51 players who earned the recognition. The three Hatters named to the first team are offensive linemen Bradley Alexander and Alex Brown and defensive lineman Jeffrey Lu. The five players selected for the second team are Jeremiah Nails, Fermon Reid, Nick Plunkett, Nolan DeFranco and Connor Becker.

Megan Vincent, a senior Lady Hatter basketball player, has been named to the ASUN 2020-2021 Winter Winners for Life team. The award is given each semester to one student-athlete from each school in the conference to honor those individuals who displayed excellence on and off the playing surface.

The ASUN divisional play-in baseball series will take place May 21-23. The ASUN Baseball Tournament will be May 27-29 in Jacksonville. Game times have not been announced as of this date.