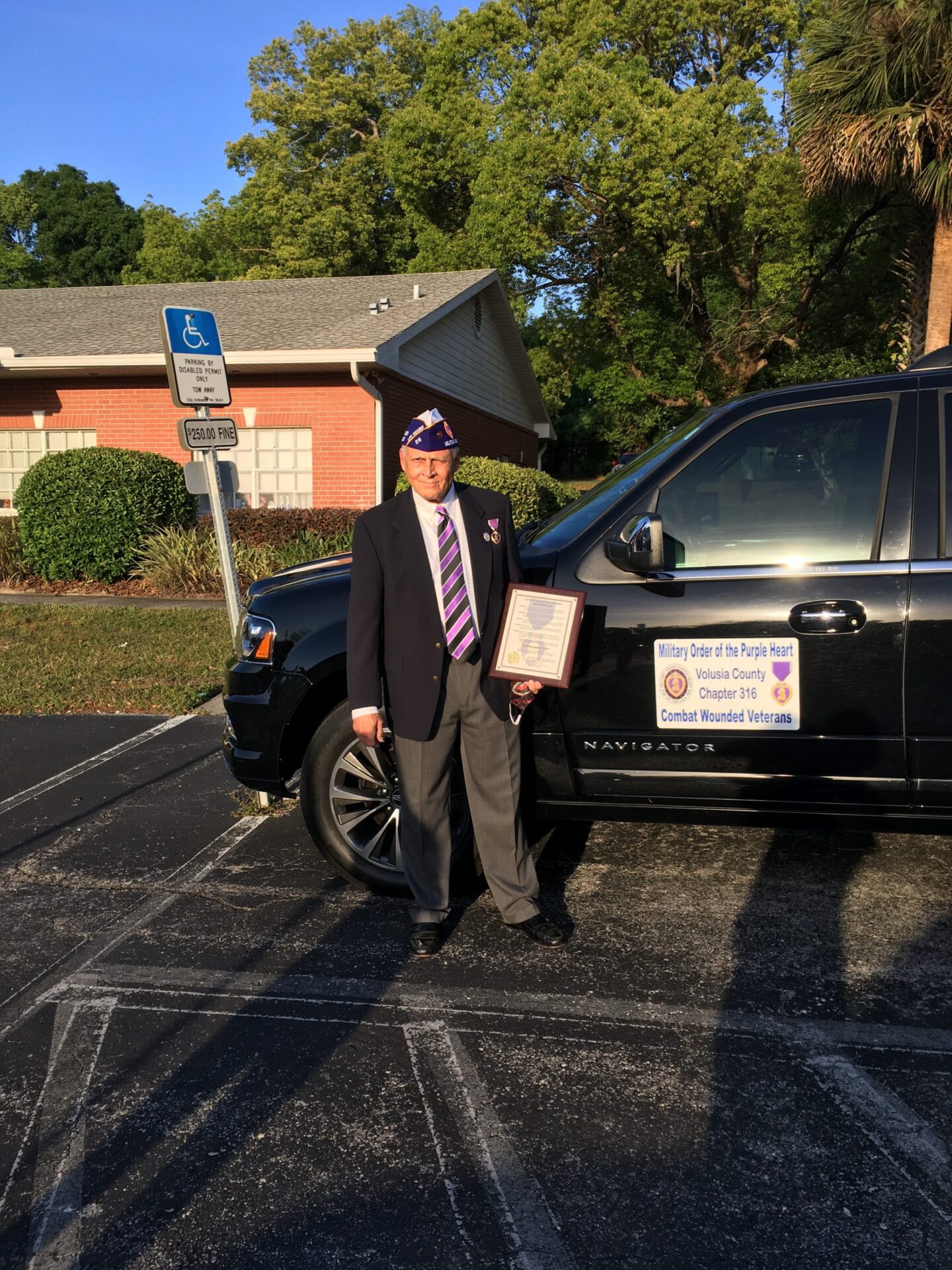 At the request of veterans groups, especially the Military Order of the Purple Heart, several cities have adopted proclamations billing themselves as Purple Heart cities. Orange City is now among them.

The Military Order of the Purple Heart has a charter from the U.S. Congress designating it as an official organization for combat-wounded veterans.

Gen. George Washington established the Purple Heart as a decoration for valor in the Revolutionary War, but the medal has since been awarded to those who sustain injury, or even death, in battle.

The proclamation declaring Orange City to be a Purple Heart City says, in part, “Orange City appreciates the sacrifices our Purple Heart recipients have made in defending our freedoms and believe it is important that we acknowledge them for their courage and show them the support they have earned.”

Orange City Mayor Gary Blair’s declaration also says, “And urge all citizens to join in this expression of our appreciation to all Veterans in our community who have given so much on our behalf.”