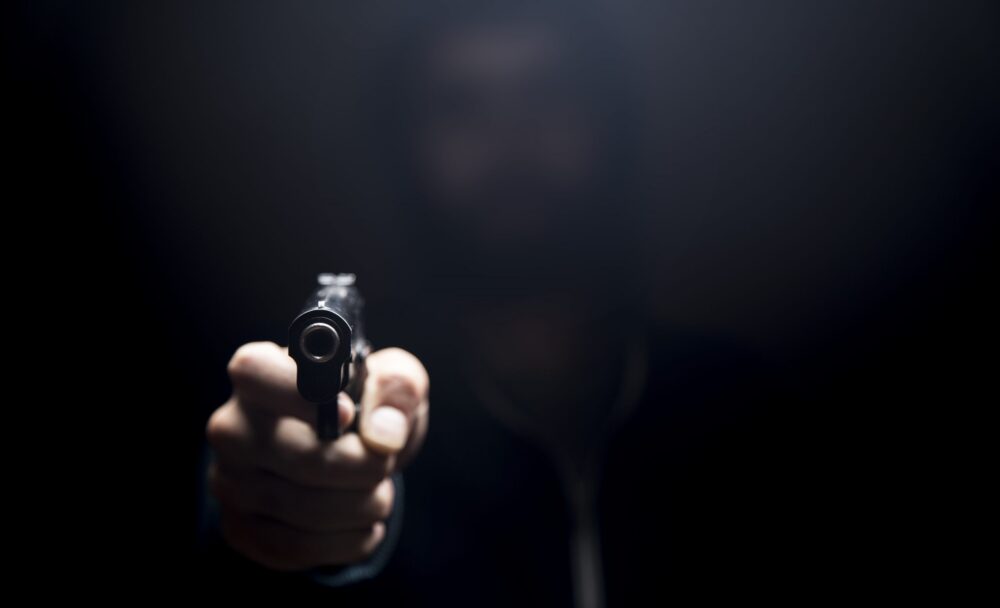 An Orlando Man showed up April 23 at the house in Deltona his girlfriend shares with her stepfather.

Deltona Stepfather later told Volusia County sheriff’s deputies that after the altercation between the two men, Orlando Man “left out of the residence and advised he was going to retrieve a firearm from his vehicle.” Deltona Stepfather said he “went into his bedroom and opened his side table to get a firearm, which he claimed to be his wife’s,” but he said he “never walked outside the residence with the firearm.”

Deltona Stepfather “mentioned he observed [Orlando Man] holding a firearm, which he described to be a ‘9mm’” and said he “heard [Orlando Man] yelling threatening words, but could not specify what was being said.”

Orlando Man told deputies Deltona Stepfather had “hit him in the lip with an open hand,” and said he, Orlando Man, went to his car and got a firearm “because he was trying to protect himself because [Deltona Stepfather] mentioned he was grabbing a gun.”

Orlando Man said “he saw [Deltona Stepfather] come to the door with a gun.”

Deputies found a Glock handgun in Orlando Man’s car and a Taurus handgun in the stepfather’s house.

Oh, by the way, both of these gentlemen are convicted felons, who therefore are not allowed to possess firearms. Both were arrested.