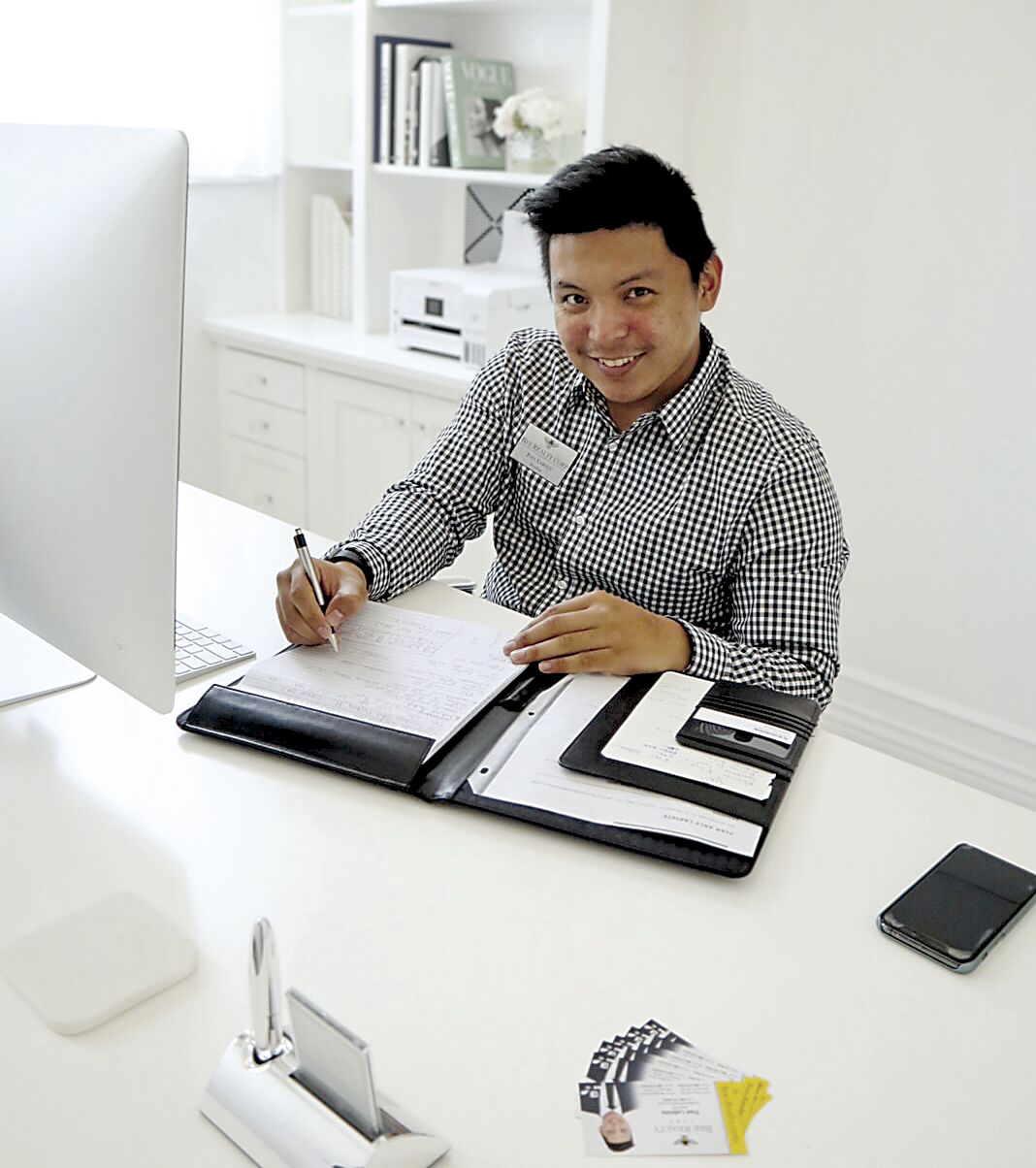 Fian Labiste has been a licensed real estate agent in DeLand for about two months, and he’s entering a bustling field when the market is hot. He didn’t always see himself in real estate, but now he’s one of the youngest agents at Bee Realty Corp.

In high school, Labiste became interested in real estate, in part, he said, because he was nosy.

“I was always looking at homes, and I would watch a lot of the real estate shows,” Labiste told The Beacon. “It’s just my curiosity about it, and I fell in love.”

Graduating from the University of Central Florida in December 2020, Labiste was ready to take his bachelor’s degree in sports science to a big-shot team like the Orlando Magic.

Then — in a twist of fate that is beginning to sound like a broken record — COVID-19 happened.

“Toward the end of my last semester, I needed to have an internship, but no one was hiring,” Labiste said. “Everything was locked down, no one knew what was going to happen. I sat down, and I thought, ‘What are my options?’”

Labiste is an optimist, and in the midst of a pandemic, that isn’t always easy.

In January 2020, Labiste decided to start taking classes to become a licensed real estate agent. By early April 2021, after months of classes and study, he was licensed by the state and ready to start selling homes.

Now 23 years old and signed with Bee Realty Corp. in DeLand, he’s joining the fray when interest rates are low but people’s interest in owning a house is skyrocketing. He’s working with three parties, and expects to get his first listing, and to sell his first property, soon.

“The average time a house will be on the market right now is five days,” Labiste said. “If you find a house and it’s still there in a week or two, you’re lucky — or there’s something wrong with that house.”

Right now, he said, a client of his is looking to list a home on the market. The shift from pre-pandemic market prices to now has been, in a word, “nuts,” Labiste said.

With interest rates low and interest in living in West Volusia very high, it’s a great time to get into a home, Labiste said. If you can find one, that is.

Because it’s not enough in this market to see a home and offer the list price, or even just above that price. So many people are looking to buy homes that people are putting in bids without even seeing the home, he said.

“Now, if you offer the list price, that’s an insult,” Labiste said.

The market chaos may be a trial by fire for his new career, but Labiste said that has made him want to help prospective buyers even more.

“The newest generation of homeowners is going to be us,” he said. “New kids growing up. They’re going to want to talk to people their age.”

After all, the goal, he said, is to make sure buyers are happy with their new digs.

“I love to help people out, I love to see the looks on people’s faces,” Labiste said. “I’m always happy, and I want to see that reflected in other people. That’s going to sound corny, but that’s what the world needs.”

Labiste, always smiling, said he wants people to know his name and face and know that he wants to help.

“You’ll be sick of my face,” he said laughing. “You’ll see me everywhere!”

Labiste is glad to be back working in his hometown. With so much uncertainty in the world since the start of the COVID-19 pandemic, he wouldn’t have it any other way.

Months back, after receiving a non-real estate job offer in Atlanta, Labiste said he was forced to decide whether he was ready to leave the town he’s lived in since his family moved to the U.S. from the Philippines in 2009.

He decided to stay.

And while he may not own a house of his own yet — Labiste lives with his father, who is fighting cancer — he’s enjoying helping new homeowners become his neighbors.

“I guess I could say that my heart’s always, always been in DeLand. I love this little town — I grew up here,” Labiste said. “Even with all of the tension going on politically and socially, you can still sense that people here are strong, and they wouldn’t turn on you for believing in something. That’s what I see in this community.”