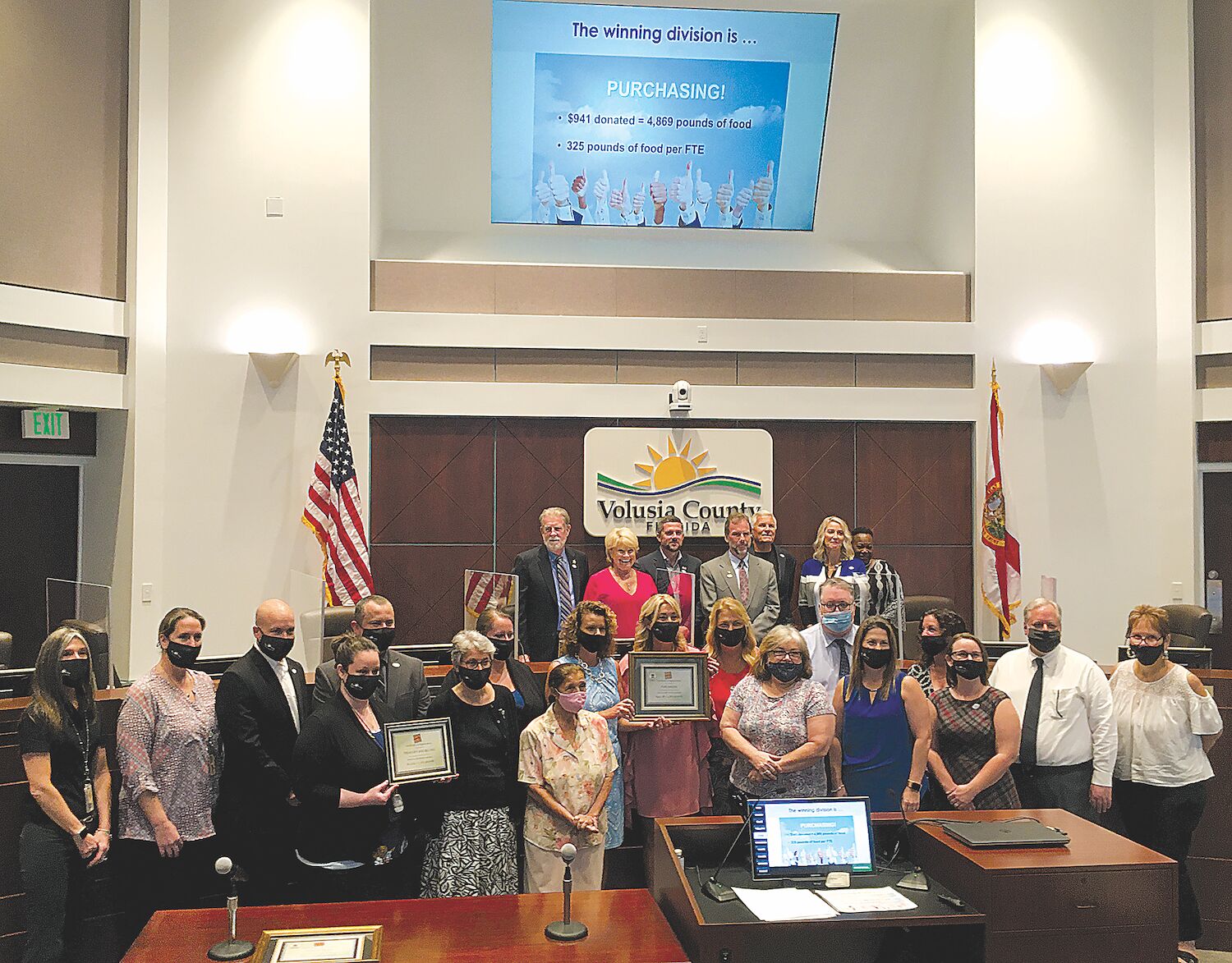 The results are in, and the Volusia County government’s employees raised a five-figure sum to stave off hunger.

The challenge is real.

Captain said more than 200,000 children in Central Florida are “food-insecure.”

In addition, one of every three children in the six-county region — Volusia, Lake, Seminole, Orange, Osceola and Brevard — goes to bed hungry each night. That is the region served by Second Harvest Food Bank of Central Florida.

Last year, the county opted instead to use funds from the 2020 Coronavirus Aid, Relief and Economic Security (CARES) Act to replenish food banks at that time.

The food drive was postponed until spring, and, as an extra public-health precaution, county leaders decided to ask donors to give money instead of canned or boxed nonperishables.

Between March 8 and March 19, Volusia County employees, along with cities and Daytona State College, raised $13,206 for Second Harvest. That sum enabled Second Harvest to use its bulk-purchasing power to acquire 68,309 pounds of food, which in turn became 99,045 meals for Volusia County residents.

Second Harvest distributes approximately 300,000 meals each day in its East Central Florida region. In Volusia County, the charity provides an average of 28,000 meals daily, according to Dan Samuels, Second Harvest’s director of philanthropy.

“We are still reliant on the philanthropic support from our community to meet the needs. Every dollar is making a big difference,” Samuels told The Beacon. “The community has stepped up in such a big way.”

Another item worth noting: The sponsors of the county’s State of the County event last month raised money for Second Harvest. The State of the County address and luncheon are a privately funded event, so as to avoid using tax dollars for what may be considered a political occasion. Because there was a surplus from last year’s pre-pandemic event, the expenses of the recent gathering were covered without tapping the 2021 account.

“We were able to raise $27,000, and we presented Second Harvest with a check at the event,” county spokesman Gary Davidson said. “That’s money that was raised in Volusia County and stays in Volusia County.”