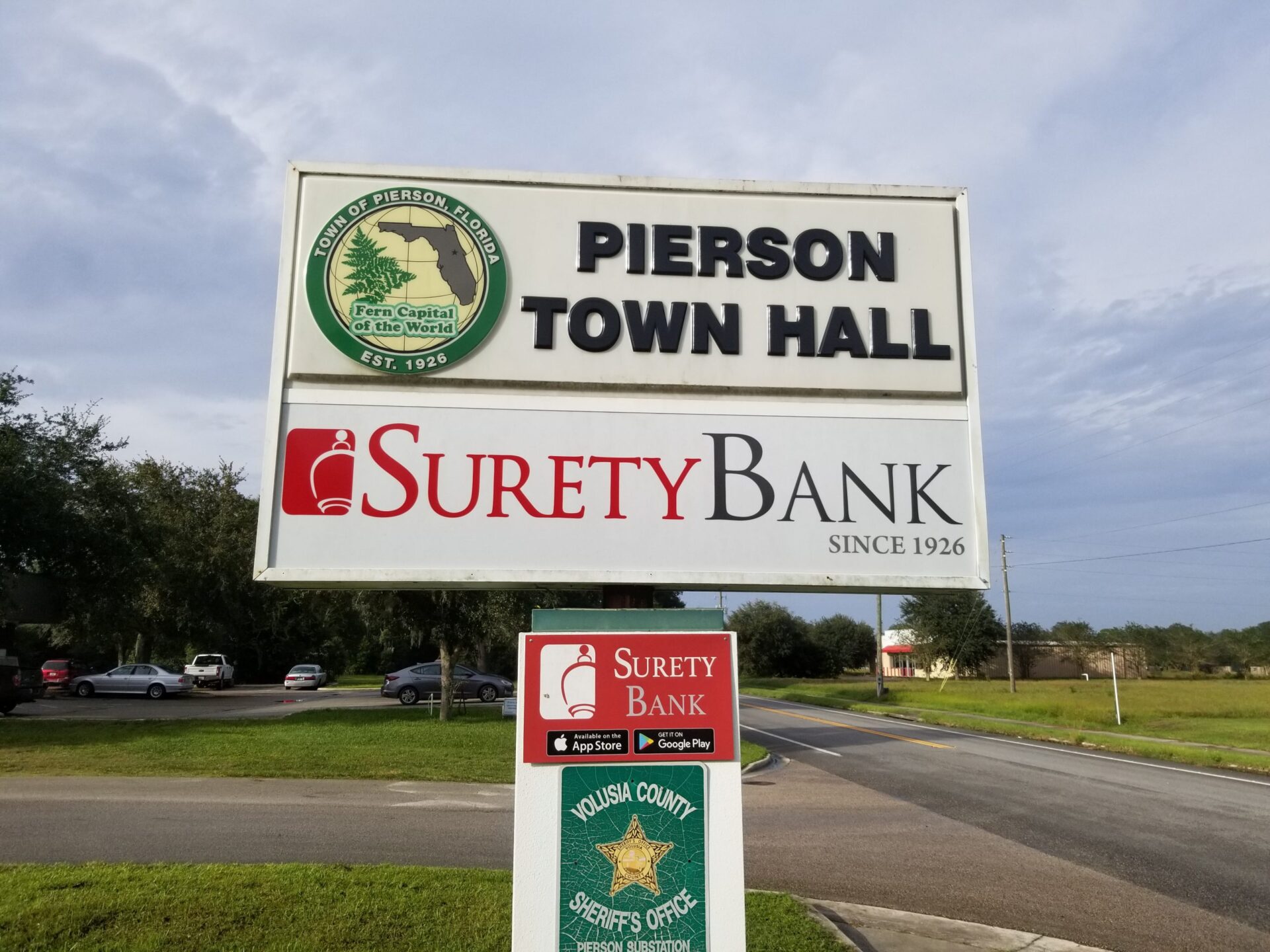 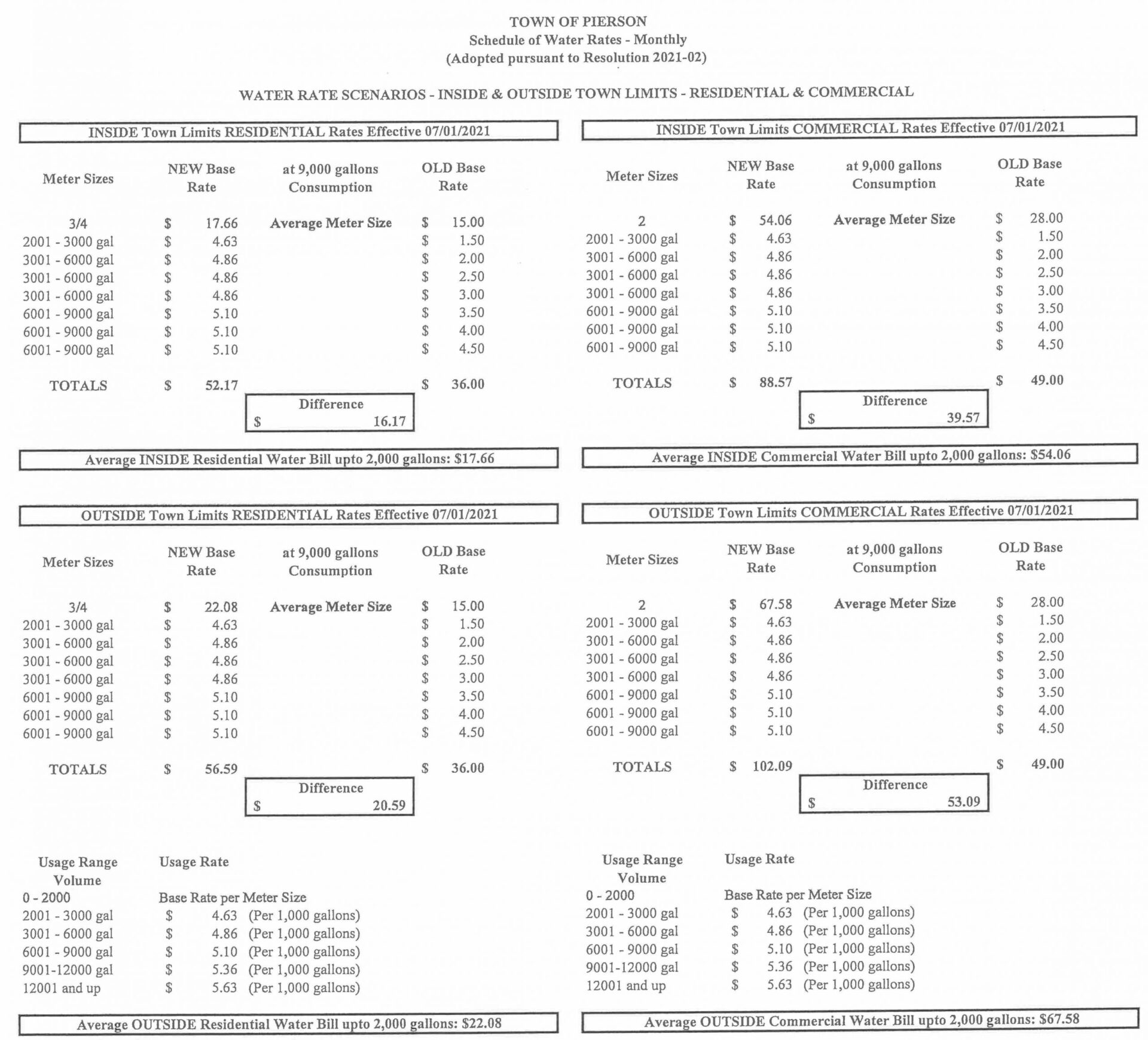 It’s been more than 30 years since the Town of Pierson changed its water billing rates, but starting July 1, 2021, residents’ water bills will see a jump.

The last time the Town of Pierson raised its water rates, according to the newly passed ordinance raising rates, was in 1990.

The Pierson Town Council consulted with the Florida Rural Water Association to decide whether the town should increase its water rates to raise additional funds.

The original base water rate for Piersonites was $15, with rates the same for individuals just outside of the town’s limits. Beginning July 1, Piersonites new base rate will be $17.66, and customers just outside of the town’s boundaries will pay a base rate of $22.08. Increases per gallon are also, in most cases, more than double what they were in the original rates.

The first bill to reflect the new rates will come at the end of July.

This decision comes after months of debating how to cut costs and increase the town’s revenue.

Having never increased the water rates since the system was installed, Mayor Samuel G.S. Bennett noted that costs across the board have gone up in the 30 years since rates were last changed.

“This is something that’s been coming,” Bennett said of the increase. “I think the pandemic was the main consideration. We were affected by that also, but we’re trying to watch what we spend now, and we can do that.”

David Hanna, a representative from the Florida Rural Water Association, also brought to the Town Council’s attention the fact that Pierson may be wasting some water.

To try and locate the source of possible loss, Bennett said the town is in the process of investigating possible leaks and replacing old water meters to ensure they display readings correctly.

Not only has revenue been down since the start of the COVID-19 pandemic, Pierson’s Town Council is in the process of moving over to the town’s new Town Center building, which previously housed Pierson Elementary School. Getting the building up to snuff with fixed-up air conditioning and heat, as well as cleaning the building’s rooms, has been a costly measure, one that isn’t done yet, either.

Before the town can move from their current Town Council location, at 106 N. Center St., to their new digs, the town must first come to an agreement with Volusia County Schools about the sewer system.

The current agreement has the school district allowing the former elementary school building to remain on the same sewer system it was on when it was utilized as a school until Sept. 1, 2021. Bennett has previously told the Pierson Town Council that he is actively seeking an agreement with representatives from the school district.

Another revenue-increasing measure approved by the Town Council June 8 was a decision to raise the rental price for the town’s Community Center.

Rental rates were reduced due to the COVID-19 pandemic, and are being increased, not to their original, pre-pandemic costs, but by $50. Renting the town’s Community Center will now cost Pierson residents $200 and nonresidents $300.

As tweaks come down the line for the Town of Pierson’s water, the town is in early talks about the possibility of installing a town sewer system in the future. This decision, though, is in very early stages, and is still a ways off.