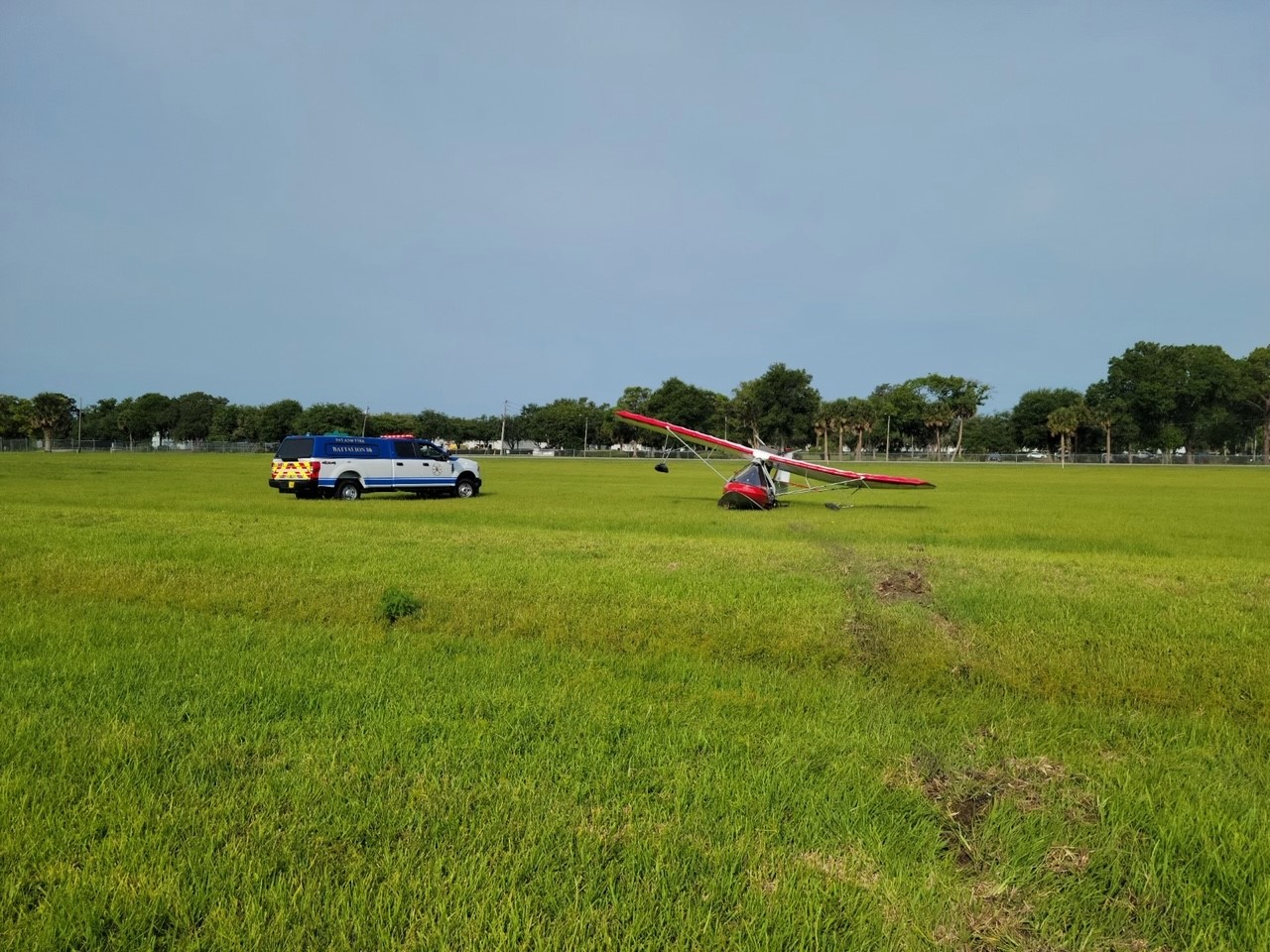 At 8:37 a.m. this morning, DeLand Police and Fire responded to DeLand Municipal Airport after a small aircraft crash landed shortly after takeoff.

There were no injuries to the pilot, who was the only passenger on the plane. The plane had taken off from the airport when it apparently did a sudden nose dive. The pilot was able to recover enough to hit the ground hard and not nose first.

There was significant damage to the landing gear and the plane rolled over before it ended upright in grass near the runway.