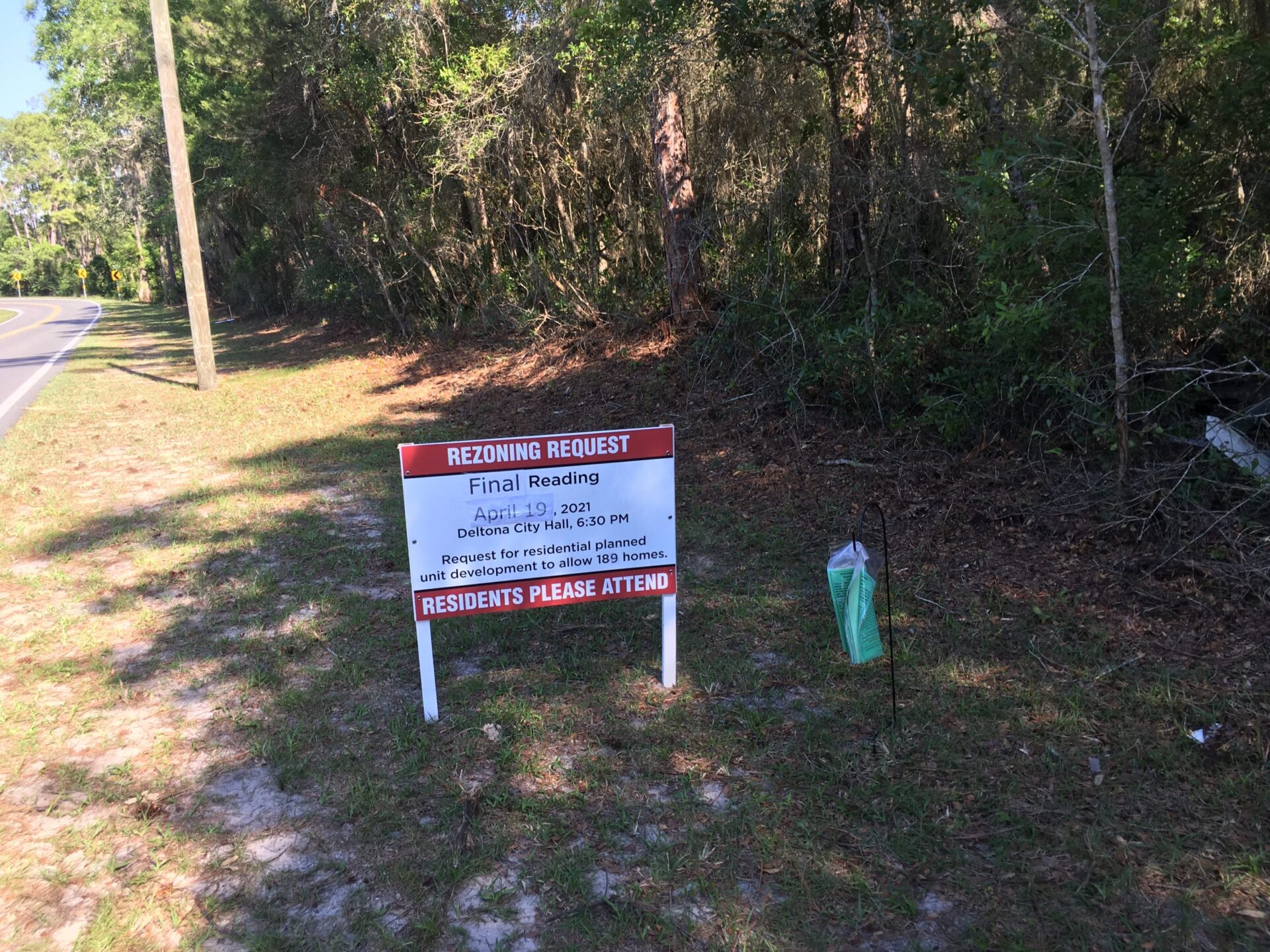 Florida’s growing pains are growing in Deltona, and a textbook case on growth will be argued and settled in court.

Deltona, once a rather tranquil bedroom enclave of the Greater Orlando Metroplex, is now the second largest city in East Central Florida — and still growing. Deltona now has some 95,000 people who call its sprawling 41 square miles home, and the population may tip over the 100,000 mark within a year or two.

The conflict over growth in Deltona came to the fore in recent weeks with the City Commission’s decision to rezone 110 acres in a rural setting for a densely packed 189-home neighborhood known as Hickory Lakes Preserve.

The property lies on the south side of Enterprise Osteen Road, west of State Road 415. Deltona annexed most of the land, approximately 100 acres, in 2006, but the tract retained its former agricultural zoning that had been assigned by Volusia County.

The land is part of the mostly unincorporated historic rural settlement of Osteen, a quiet place with farms, meadows and pastures grazed by horses and cattle and bisected by S.R. 415. Osteen is an almost undisturbed island in a sea of urbanization, and the people who live there — along with many Deltona residents — want to keep it that way.

When the Deltona City Commission convened to consider the landowner’s request to rezone the wilderness parcel for a residential planned-unit development (RPUD), the elected officials played to a packed house.

Public hearings on the rezoning on March 15 and April 19 drew crowds that were mostly hostile to the idea. An attorney speaking for the Osteenites told the City Commission the request for the Hickory Lakes Preserve project would amount to urban sprawl into the countryside.

Attorney Cliff Shepard also warned the development plan would violate the principles of Deltona’s own state-mandated growth-management plan, because it was not compatible and consistent with the surrounding farms and large-lot homesteads.

In contrast to the homes on plots of between 1 acre and several acres, Hickory Lakes Preserve — as presented — would feature lots only 40 feet wide and 100 feet deep.

Moreover, Shepard said, Hickory Lakes Preserve would encroach on wetlands. A large part of the low-lying tract fronts on Little Lake, and part of the land is within the flood plain.

As well as agricultural lands, there are conservation lands in the vicinity of the land eyed for Hickory Lakes Preserve.

Speaker after speaker, including many people living inside Deltona, sided with Osteen’s people who want to keep their country way of life.

Nevertheless, the City Commission voted 4-3 to rezone the property to allow Hickory Lakes Preserve to become a reality. The story did not end there.

Last month, Kelli Chambers, whose horse farm is adjacent to the Hickory Lakes Preserve parcel, filed a lawsuit against the City of Deltona to nullify the zoning change. Shepard is Chambers’ attorney.

The suit, based on claims the RPUD violates Deltona’s comprehensive plan and state growth-management principles, is now pending in Volusia County Circuit Court.

Deltona is readying for a court battle. Upon the recommendation of Acting City Manager John Peters, the City Commission June 7 voted 6-1 to set aside $200,000 to defend its decision to rezone the property for Hickory Lakes Preserve.