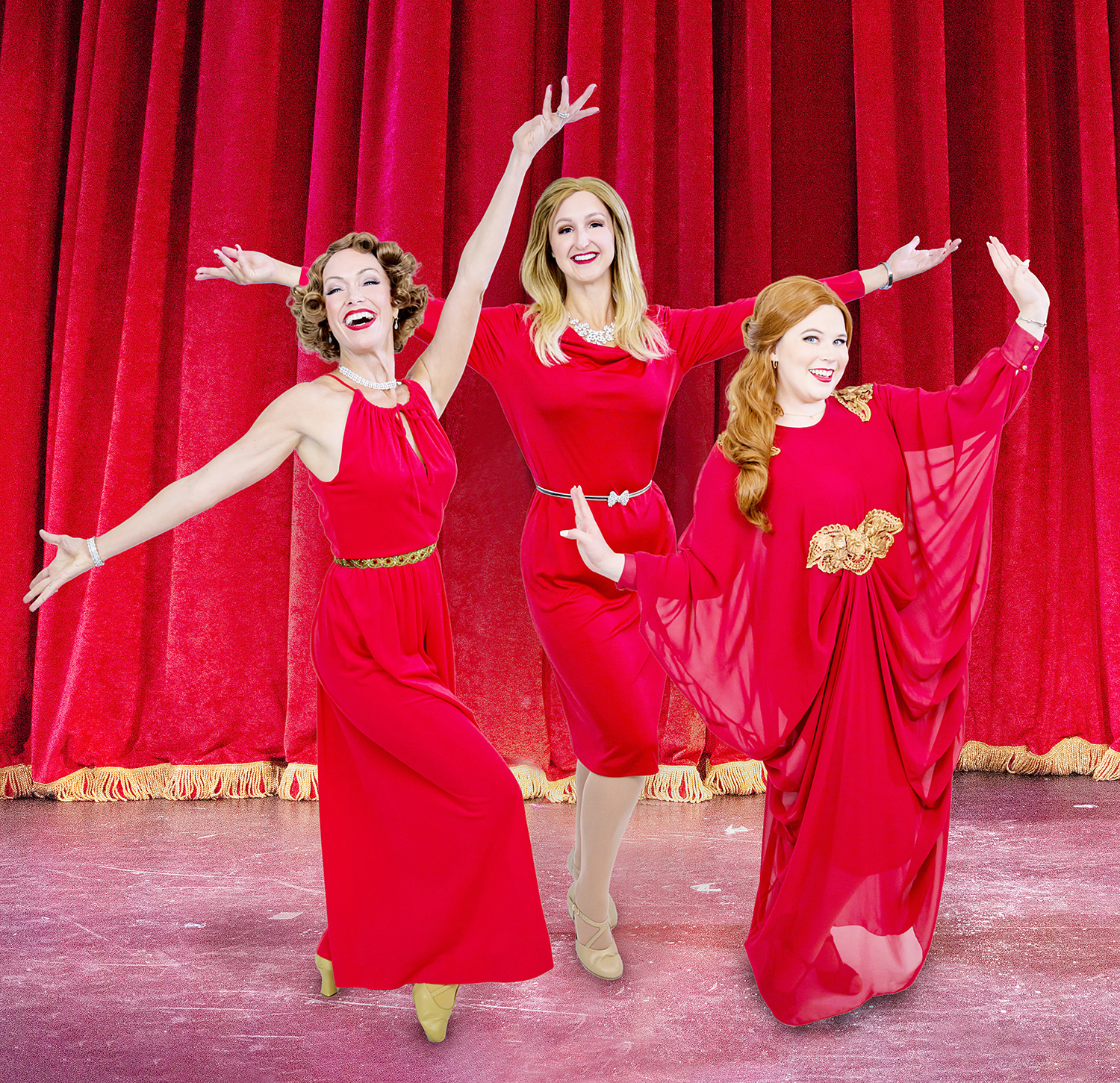 “Strut down the street” to the Athens Theatre in DeLand, for there’ll be “no blue Mondays” as we present Jerry’s Girls from Thursday, June 24, through Sunday, July 4! This musical revue will “tap your troubles away” as it features the songs of Broadway composer and lyricist Jerry Herman.

Breathing new life into classics such as “If He Walked Into My Life,” “Hello, Dolly!,” “Wherever He Ain’t” and “I Am What I Am,” Jerry’s Girls gives each song the chance to exist both in and out of context of its original show, while allowing the personalities of this gilded Athens cast to shine through!

The show premiered on Broadway in 1985, starring household names Dorothy Loudon, Leslie Uggams and Chita Rivera (who would earn her fourth Tony nomination for Best Performance by a Leading Actress in a Musical).

Jerry Herman’s shows have attained cult status with musical-theater audiences. He is one of the great composers of the 20th century. In Jerry’s Girls, all of Herman’s shows are connected by their melodious scores, the honesty of the lyric line, and the hearts of the women Herman created.

Grace’s, Melanie’s and Holly’s talents are perfect for the roles, with voices fit to “coax the blues right out of the horn” and “charm the husk right off of the corn.”

Get your tickets before you’re forced to “wave your little hand and whisper ‘So Long Dearie.’”

The historic Athens Theatre, at 124 N. Florida Ave. in Downtown DeLand, has taken extensive precautions to ensure the safety of its patrons, staff, volunteers and actors.

Tickets cost $30 for preferred reserved seating (rows A-E, center) and $25 for adults. A $3-per-ticket processing charge will be added to each purchase.

To purchase pairs of tickets in advance or find out more specific information about dates, times and safety precautions, visit the Athens Theatre website at www.AthensDeLand.com. To purchase more than two tickets, call the box office at 386-736-1500.

Box-office hours are 1-5 p.m. Wednesday-Saturday, and 1 1/2 hours before live performances