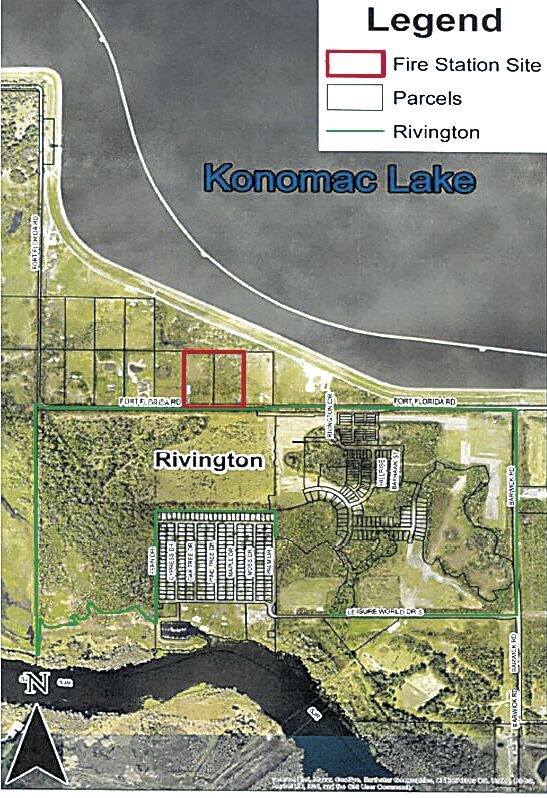 To provide fire protection and emergency-medical services on its fast-growing south end, DeBary will build a fire station there.

The facility will be constructed on 10 acres on Fort Florida Road west of the railroad tracks. DeBary already owns the land.

When the second DeBary fire station will become operational is not yet known.

Long is chief of both Orange City’s and DeBary’s fire departments. DeBary contracts with Orange City for fire protection and emergency-medical services.

Long also said once the second fire station is ready, he will recruit more firefighters to staff it. The Orange City/DeBary Fire Department now has approximately 36 firefighters on its roster.

DeBary has contracted with Neel-Schaffer Inc., an engineering firm with offices in Sanford and Maitland, to design the facility. The city has agreed to pay the firm just less than $149,000 for its services, which also include an environmental assessment of the site to determine if any threatened or endangered species live there.

The square footage of the new fire station will be determined as part of the design process. The final plans are supposed to be completed later this year.

The new station, according to planning documents now available, will be designed as a two-bay drive-through facility with sleeping quarters for four. A diesel generator will provide backup electrical power.

The new station, when finished, will cover some 4,000 existing and future homes, as well as an anticipated 900,000 square feet of commercial space in the vicinity south of Dirksen Drive.

Besides the fire station, DeBary may build other municipal facilities, such as a public-works complex or a branch office of the Volusia County Sheriff’s Office, on the site.

The proposed fire station does not yet have a number, like the existing Fire Station 33 at 93 South U.S. Highway 17-92. The tentative address is listed as 978 Fort Florida Road.