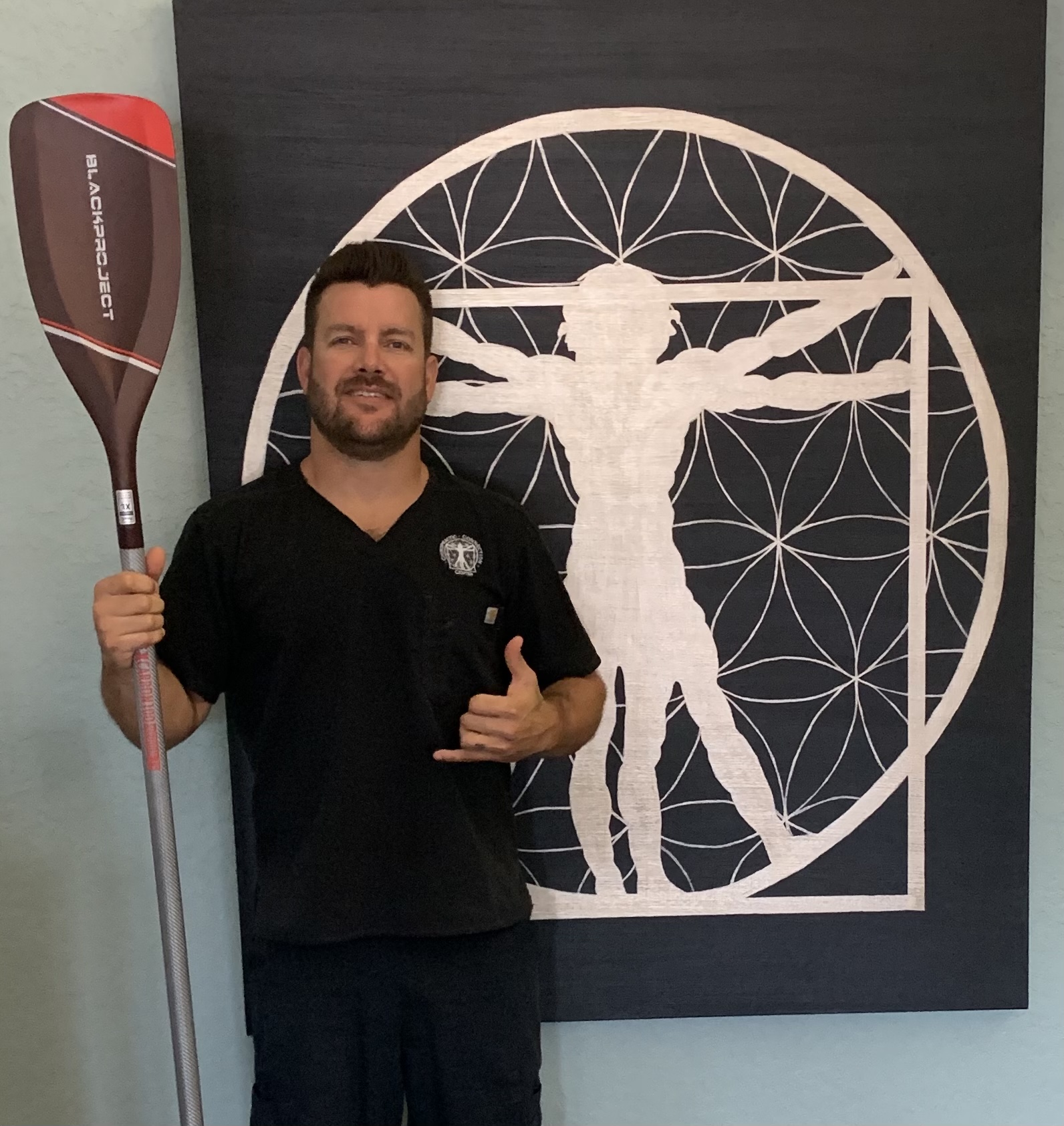 Dr. Brad Shallow of Chiropractic Connection Center in Downtown DeLand, is preparing for a challenging journey.

Shallow will take off Saturday, June 26, on his 12-foot-6-inch paddleboard for an 80-mile journey across the Atlantic Ocean from Bimini, Bahamas, to Lake Worth.

The long-distance paddle is a fundraiser for families dealing with cystic fibrosis.

Shallow was prompted to make the effort after he heard about Piper’s Angels, a charity started by Travis Suit for his daughter Piper, who had cystic fibrosis.

Shallow, who calls himself “a compassionate chiropractor,” is a father of two and an avid paddleboarder. He felt called to join other paddlers in the attempt to raise more than $500,000 for cystic-fibrosis patients and their families.

The charity is known as the Piper’s Angels Foundation. Cystic fibrosis is a progressive, genetic disease that causes persistent lung infections and, over time, limits the ability to breathe.

In addition to being an endurance challenge, “The Crossing” to benefit the foundation is an official International Championship Paddleboard Race.

Shallow plans to paddle solo from beach to beach within an allotted 18-hour window, guided by only moonlight for the first six hours. He said he is hopeful that the sun and the ocean will be kind to all the paddlers for the daylight duration.

Shallow expressed his gratitude to his patients, friends and family members who have donated to his GoFundMe account for the race, and those who have personally delivered donations to his office.

“It takes a village to support one another, and we are so lucky to have such an amazingly supportive community here in DeLand,” Shallow said. “I am so proud to be a part of this event.”

To donate to the Piper’s Angels Foundation, visit https://bit.ly/3wOw9yE, or stop by Shallow’s office at 120 S. Woodland Blvd., Suite B.

You can also track Shallow’s progress live as he paddles the Atlantic, racing back to his family on the Florida shore, via his Facebook page, at https://www.facebook.com/Chiropractic-Connection-Center-1413029012340278

For more information about the event, visit https://www.crossingforcysticfibrosis.com/.