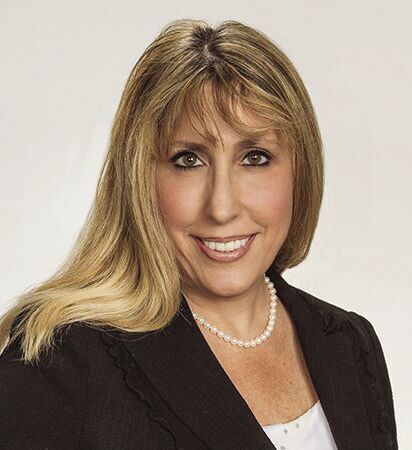 Shari Simmans, DeBary’s director of economic development, communications and government affairs, has been appointed to serve on the Florida League of Cities 2021-2022 Land Use and Economic Development Committee, the League announced recently.

That panel is one of the five Legislative Policy Committees for the League of Cities, which since 1922 has advocated on behalf of municipal governments at the state and federal levels.

The League’s incoming president, City of Lakeland Commissioner Phillip Walker, appointed the chairs, vice chairs and members of all the committees, according to a news release.

As a member of the committee, Simmans will help develop the League’s Legislative Action Agenda, which details priority issues that are most likely to affect daily municipal governance and local decision-making during next year’s legislative session, as well as help League staff understand the real-world implications of proposed legislation. Committee members are also asked to serve as advocates for local decision-making throughout the legislative process, the release said.

“It is an exciting time to be involved in the economic development field for Florida,” Simmans said in the release. “As business and populations continue their shift to our region, it is important to ensure that Florida remains a leader in strengthening the business environment while incorporating those attributes that are unique to Florida, including our strong environmental and eco-tourism assets.”

Simmans was recently promoted to economic development director for DeBary, adding to her portfolio with the city. She has more than two decades’ experience in building collaborations at the corporate-suite level, focusing on developing successful partnerships between various stakeholders. She has assisted elected leaders and associations with media campaigns, winning a national award for communications and marketing, according to the news release.

With a background in international relations and national security studies, Simmans has worked for international aerospace manufacturers and transitioned her work in the U.S. to leading economic development, public relations and government affairs for government entities and Chambers of Commerce, the release says.

She joined the City of DeBary early last year after a stint as the first executive director of the West Volusia Regional Chamber of Commerce, which she led for several years.

Simmans is also a partner in Hemingway’s 442, a high-end, 1920s-themed “speak-easy” cigar lounge that opened this past January within The DeLand Hotel, at 442 E. New York Ave. in DeLand. The historic hotel — originally built in the mid-1920s but extensively renovated in recent years — is owned by Ross Janke, the other partner in the lounge.