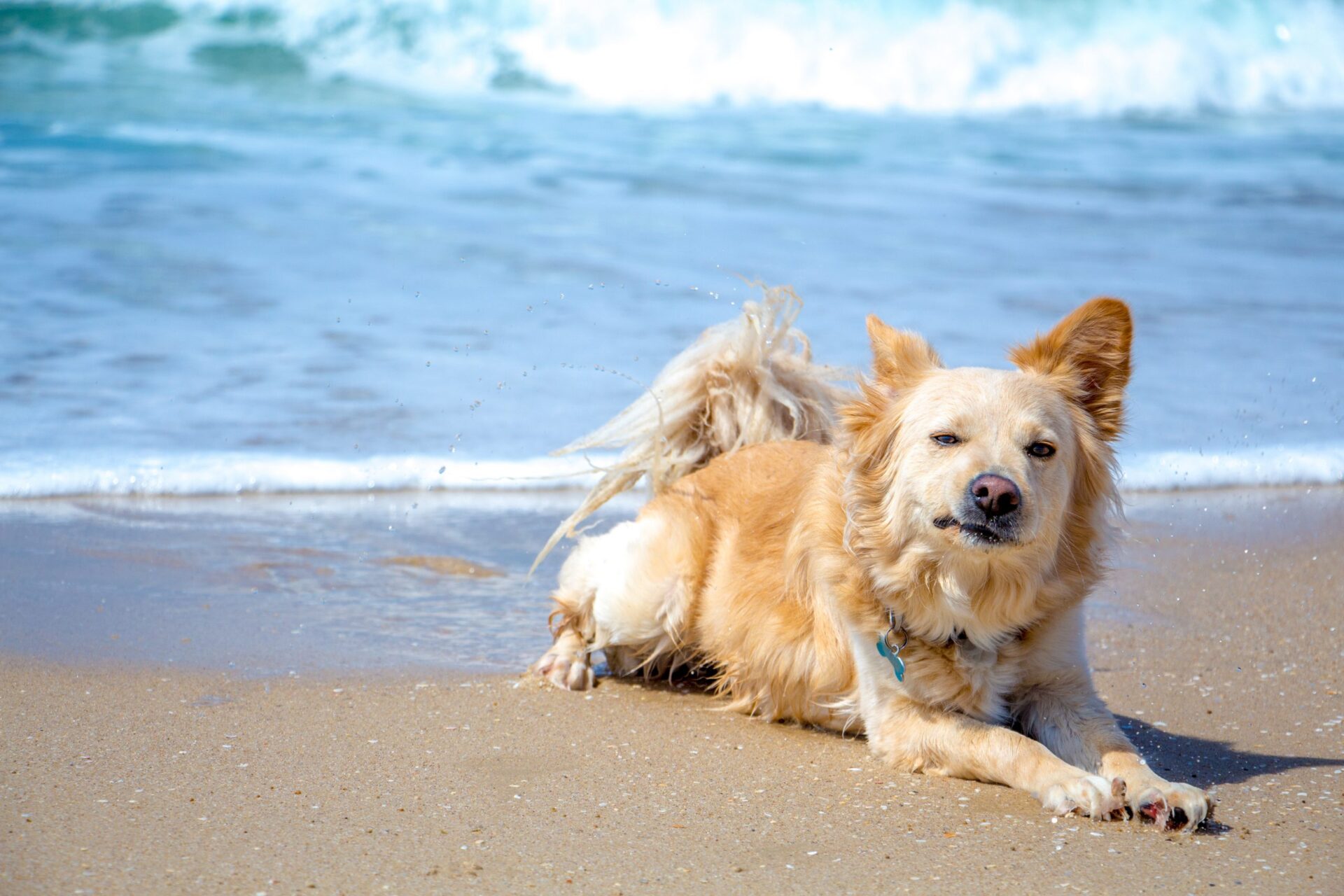 After weighing the pros and the cons of allowing people to bring their canine companions onto the sandy shores with them, the Volusia County Council June 22 reaffirmed its ban on dogs on beaches.

Some Volusians had asked the council to amend the county’s beach ordinance to grant more access to the cuddly critters and their owners.

LET THE DOGS OUT — Paula Flug, at left, and Nanette McKeel Petrella, at right, call upon the County Council to expand access to the beach for dogs and their owners. The women head a group known as Daytona Dog Beach Inc.

In response to the County Council’s request for information on the matter, the county administration presented four options:

1. Make no changes in the beach ordinance.

2. Allow dogs on a portion of the beach between Bicentennial Park and Al Weeks North Shore Park, a distance of about a half-mile, in Ormond-by-the-Sea.

3. Allow dogs on the strip of beach between the International Speedway Boulevard approach and the north end of the Boardwalk in Daytona Beach.

4. Allow dogs on all 35 miles of the county’s ocean shoreline, not including the federally managed Canaveral National Seashore.

In each of the scenarios, owners would be required — as they now must do at the dog parks — to leash their animals.

Supporters of letting people take their leashed dogs onto the beach spoke of having the freedom to enjoy that part of nature with their animals.

“The beach is owned by the public, not the people who live nearby,” Shirley Keesling, of Samsula, said. “It’s time to reclaim the beach for everyone. … Give dogs and people the space they need.”

FRAMING THE DEBATE — Deputy County Manager Suzanne Konchan briefs the County Council on the choices, ranging from leaving the ban on dogs on beaches intact to opening up all of the county’s beaches for dogs and their owners. At the council’s request earlier this year, the county administration gathered information about the advantages and drawbacks of opening up more seaside places for people to take their dogs, besides the two dog parks now available at Lighthouse Point Park and Smyrna Dunes Park.

Opponents said having dogs on the beach would invite problems, such as their possible unwanted encounters with strangers and birds, as well as encroaching into turtle-nesting areas. Not least, the critics warned, some pet owners are irresponsible and do not clean up the messes left by their animals.

“I have a dog. I love dogs. Dogs do not belong on the beach,” Kathy Pugh, of DeLand, told the council. “For health reasons, I don’t want them there.”

Most of the County Council agreed.

“I’m a dog owner, and a dog lover, but dogs don’t belong everywhere,” Council Member Ben Johnson said. “Our best course of action is to not take any action.”

County Chair Brower called for a trial period in which more of the seaside would be opened for dogs.

“For full disclosure, I am a dog owner,” he said. “I’m struggling with this, because I like choices for residents and tourists.”

The council voted 5-1 to leave the dogs-on-the-beach ban in place. Brower was the dissenter. Council Vice Chair Fred Lowry was absent for the vote. He left the meeting early because he is recovering from knee replacement surgery.