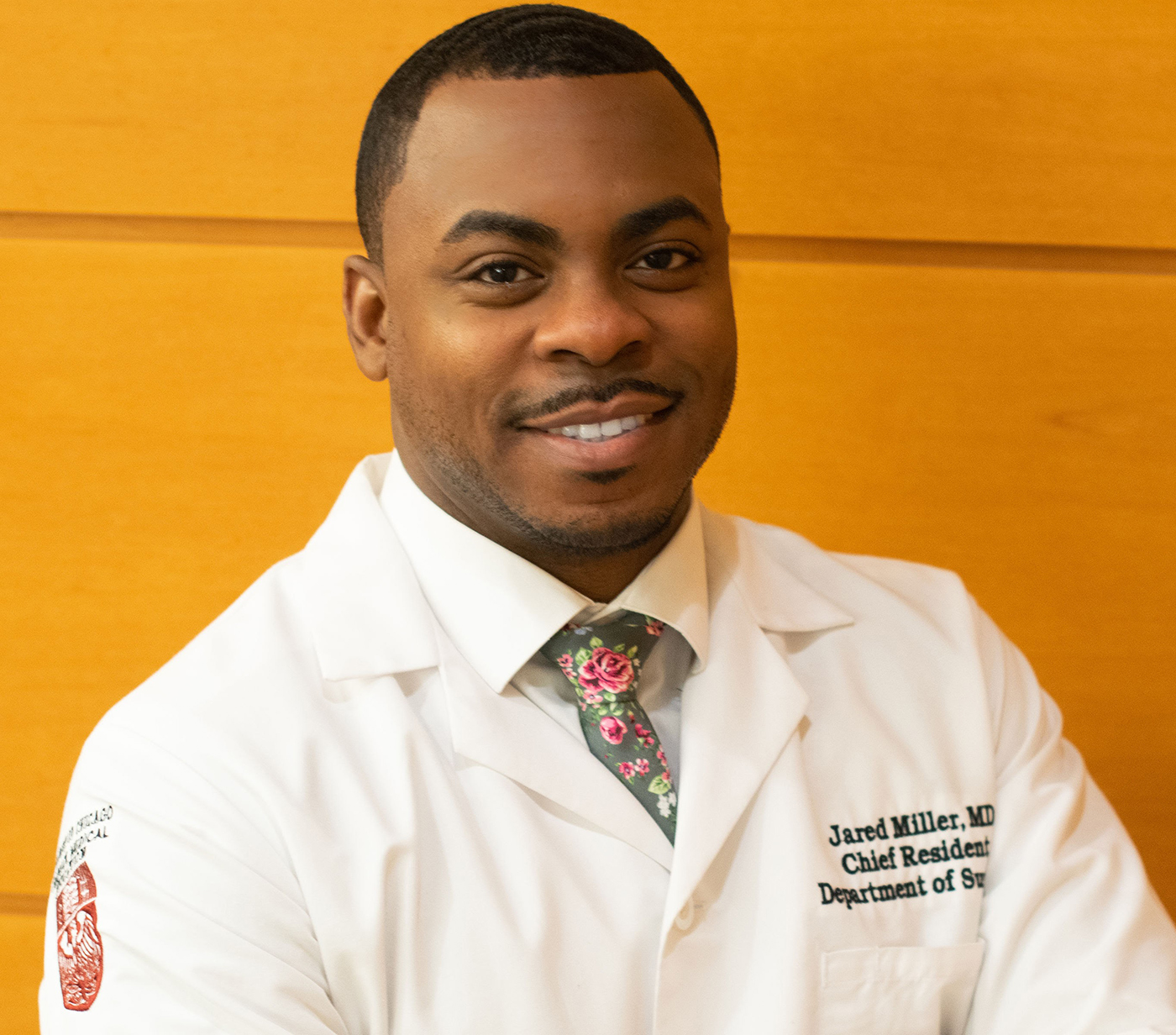 Jared Richard Miller has gone from an International Baccalaureate student at DeLand High School to a graduate of Meharry Medical College.

Truly living a testimony of triumph, Miller keeps direction from his childhood in mind: “Keep your head up, work hard and strive to do more,” as shared by his former teacher, Minnie Greene-Chuku.

In middle school, Miller began to broaden his horizons around literature and Black culture. Greene- Chuku, a retired educator, became not only his teacher, but a family friend and mentor.

Once she introduced him to Roll of Thunder, Hear My Cry by Mildred D. Taylor, his engagement for learning grew. This book about the struggles of African Americans in the 1930s changed his perspective on his life and culture.

While in high school, Miller was struck with a life-altering occurrence. His mother, affectionately called “Amazing Grace,” passed away when he was 17 years old.

To him, she was known as the glue to the family, counselor and relationship adviser, who had the best meal recipes and kept the family reunions going. Miller remembers Grace Young Miller’s strength as a God-fearing woman battling her own breast cancer, yet still becoming a spokesperson for the American Cancer Society.

“I never knew my mom to complain, but had every reason to complain,” Miller said. “This motivated me to want to become a physician and want to pursue medicine.”

During what he described as the most difficult time in his life, Miller maintained his honor-roll status in the IB program, while continuing to set records in track and to participate in other extracurricular activities.

As a graduating senior in 2007, he earned a 32 on the ACT and was eligible for a 100-percent Bright Futures Scholarship.

“Once I earned the diploma, there was nothing that could stop me,” said Miller.

With the support of his older brother, Jonathan R. Miller, and his father, Jackie R. Miller, a retired emergency-room physician, Jared went on to become a University of Central Florida graduate with a major in microbiology and molecular biology.

His interest in medicine grew, and Jared began shadowing an oncologist to learn more.

After graduation from UCF, he made another decision that would become life-changing, and that was to attend a historically Black college: Meharry Medical College in Nashville, Tennessee.

“If it were not for this school, I would not be the physician I am today. Every minority should have the HBCU (historically Black colleges and universities) nurturing experience,” Miller said.

With his June 25 graduation from Meharry, he is steps closer to achieving his goal of finding a cure for cancer while helping others.

— Cameron, a longtime educator, lives in Orange City. Email her at cameronchronicleslive@gmail.com.