The past, present and future of an old golf course 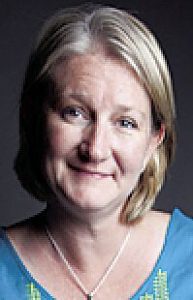 Legacy: a person, place, gift, idea or action that connects the past to the future.

We are living in the present in our community, but the land we once knew as Southridge Golf Course has a legacy — deep ones and more recent ones. What we do with the landnow builds on that legacy for future generations.

As our community leaders consider proposals for land [re]development, they must not ignore either the history of those sites or the future impacts of their decisions.

The north half of the Southridge/Sandhill Golf Course was a very large sand mine that was filled back in as a city dump for DeLand in the 1950s through 1968.

Preliminary environmental reports from soil bores and test pits there showed contents such as “concrete, metal, glass, and wood.” The report classifies these as “mostly construction and demolition debris.” One area of test pits found materials classified as “household waste.”

And yet, many longtime residents of DeLand remember seeing in the pit (or even adding) old cars, refrigerators and other big items that might have had potentially hazardous fluids still in them.

So, what is really in that big hole that has clearly undergone substantial subsidence over time? Is it done subsiding? And how big is that hole, anyway?

A 1958 aerial photo shows the largest extent of the area used as a dump: probably around 40 acres. Chemical analyses of the soils from some of the areas where dump debris is concentrated show evidence of lead, barium and arsenic that are above the threshold deemed safe for residential use.

Fast-forward, then, in this legacy. As is often the case when a city dump or landfill closes, the site is repurposed for recreation. Building structures on top of dumps or landfills is risky because the substrates continue to shift and settle, and because contaminants can either off-gas or leach into groundwater.

From 1968 to 2017, the beautiful rolling hills produced by the sand mine and dump operations served as a golf course. Golf-course turfs are intensely managed with insecticides, fungicides and herbicides.

So, city-dump contaminants are buried under a surface layer of soils that the preliminary environmental report shows have concentrations of dieldrin (the same pesticide that was a concern in the DeLand Country Club area) and arsenic-based herbicides that are well above residential thresholds for safety.

Most of these pesticides have either been banned by the EPA for their carcinogenic or other health-degrading properties, or are in the queue for review to be banned.

This designation gives future developers the opportunity to seek state funding of up to $2 million to offset the costs of cleaning up the site.

This is a good thing … if and only if the developers do the cleanup.

We would love to get these contaminants out of our community. But, ironically, state guidelines for brownfield remediation don’t actually require the developer to remove the material. They don’t have to excavate the dump contents.

They can probably get away with “soil blending” the surface contaminants to dilute them down below dangerous thresholds; in other words, they’ll just smear it all around and maybe overlay a clean layer of sand before building houses on top.

Either solution — the actual cleanup or the soil blending — will likely require removing most of the trees on the site, which we have seen occur repeatedly throughout our “Tree City.”

Do we really want to build houses on top of this? We cannot ignore the legacy of this site and how our treatment of that legacy will impact the families and their children who buy these houses and live here.

Do we really want to put the lowest-cost single-family housing units right at the edge of the area with the most concentrated contaminants?

Are there other ways of repurposing this site that are safer, still economically profitable, and more beneficial to the entire DeLand community?

— Anderson is a professor of environmental science and studies at Stetson University, and chair of the Volusia Soil and Water Conservation District Board of Supervisors. She has been promoting sustainable community development for 20 years.