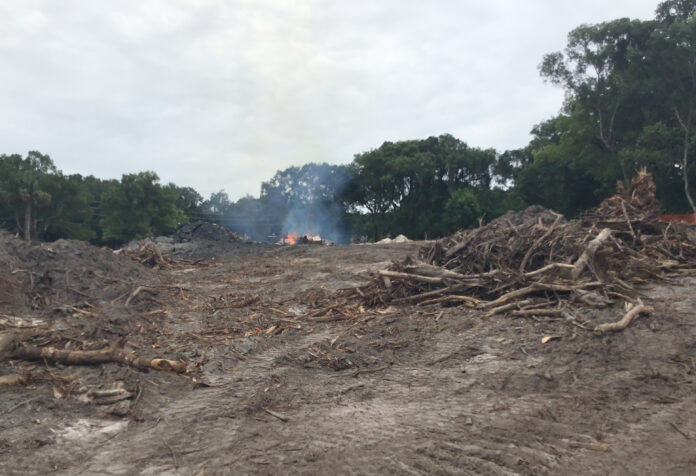 When will we learn?

The articles addressing land use and development and the articles about recent bear-human encounters are related. How, you may ask? It’s because of us, that’s how, and it’s never going to change until we learn from history.

Florida has been both blessed and cursed by its natural beauty. Years ago, before air conditioning and many of our modern conveniences, living here in Florida required more understanding to survive. If you didn’t live in the right place and pay attention, you just didn’t live long. There was also awesome natural wildness that drew people here like bugs to a flame.

In the 1880s, the industrialist Hamilton Disston bought up a chunk of Florida about the size of Connecticut. Disston’s subsequent efforts to drain wetlands spurred a land boom that included the introduction of more railroads and the establishment of some of today’s large cities.

Development boomed until the 1890s, when the great freezes destroyed large areas of the citrus industry and slowed growth.

During this time, the State of Florida fashioned much of its land-development legislation to encourage more people to move to the state. Much of this growth-geared legislation hasn’t changed since.

Back in the 1970s, when the conservation and environmental movements were going strong, some people started questioning rampant growth. Robert B. Rackleff wrote the book Close to Crisis: Florida’s Environmental Problems, which talked about many of the same growth-related problems we face today. Unfortunately, few people cared back then to bridle growth.

The juggernaut of growth has taken on a blueprint cookie-cutter, one-size-fits-all form. Land is bought, cleared of everything, and a market-conceived perception of what a home here should be — cloned multiple times — replaces what was once naturally there.

This style of development completely replaced nearly all instances of existing native-Florida-built homes and towns. The old was torn down and replaced with sterile, monolithic sprawl.

There has been some resistance to this artificial morphing of life in Florida. In some places, like Enterprise, residents organized and opposed the City of Deltona’s efforts to transform a plot of historic lakefront property called Thornby into condos.

Unfortunately, many of the encounters citizens have with development plans end in frustrating defeat. Without prior knowledge of land-use plans and an understanding of the planning and growth and development process, many citizens become involved far too late in the decision-making process.

The wheels of planning begin long before the public notices and signs show up on a piece of property. People need to be vigilant and aware of land purchases. They also need to frequent the meetings that go on in their municipal and county governments.

I discovered this when I tried to stop the rezoning of a park into a commercial strip in my own community. I learned, like Enterprise resident Sandy Walters, what you have to do to successfully go up against proposed development.

Walters wrote a book about the Thornby experience to share the knowledge learned that helped in that fight. The Story of Thornby: How Ordinary People Took on Government features sidebars and notes on ways to organize and address land-use concerns.

Many of the articles I’ve read about land-use development in Volusia County omit some of these helpful pointers.

Too many of the projects talked about were already past the point in the planning process for citizens to engage and possibly have a positive impact. Again, there has to be an awareness of these kinds of land plans in their early stages. That takes getting to know how your government works. It also means time and effort on our part.

Until laws are changed to put more emphasis on sustainable development, and until other government entities stop issuing variances to their Comprehensive Land Use Plans, residents are going to see natural Florida disappear.

If we can’t learn from our history and devote the time to monitor what’s happening, we’ll never be able to hold officials’ feet to the fire on following real sustainable land use.

— French, of Deltona, is an author, biologist and Florida Master Naturalist, and was the recipient of the Florida Wildlife Federation and the Orlando Sentinel’s Outstanding Youth Conservationist Award. French also does living-history re-enacting, along with guiding Great Tasting Tours, which operates in historic Downtown DeLand.