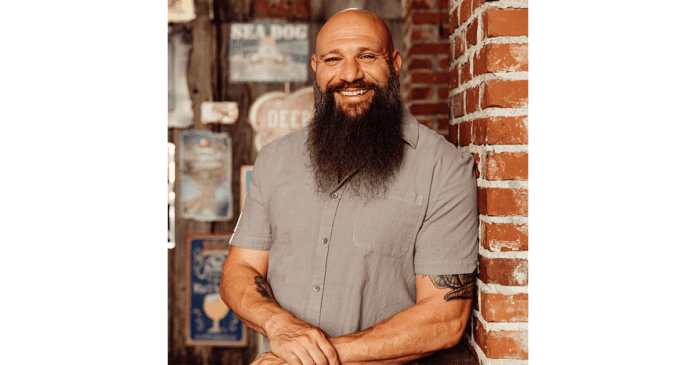 Downtown DeLand business owner Daniel Reed has thrown his hat in the ring to become our next Seat 4 city commissioner.

Currently occupied by Chris Cloudman, who must vacate the seat to run for mayor, Seat 4 is one of four DeLand City Commission seats that will be on the ballot this year.

“I wanted to run for city commissioner because I feel like this election cycle, we are at a very pivotal moment in time for the City of DeLand where four of our five seats are up for election,” said Reed.

Reed, who first became a resident of DeLand in the 1990s, is a father to Brittany Reed and Daniel Thomas Reed III, became a grandfather for the first time on June 1, and is the well-known owner of Cafe DaVinci. “I think it’s important to note that I am definitely not a politician by any stretch of the imagination,” said Reed. “I’m just a guy — not your typical politician at all. I love this town, and I want to be here as a public servant to make this town’s future better and ensure it’s what we all envision.”

One of the major challenges currently facing DeLand is the rapid pace at which the city is growing. If elected, Reed hopes to see more responsible and sustainable growth that the city can actually manage and maintain. “Growth is inevitable,” said Reed. “We can’t stop it; we have to grow. But we also have to grow responsibly and sustainably to make sure that we can handle the growth that we are bringing into the city.”

Fond of DeLand’s small-town feel, Reed is not looking for that to change. “I love the idea of small-town America,” said Reed, “and as we continue to grow, it’s important to me and a lot of people who are from here that we maintain that small-town charm.”

Reed is on the DeLand Planning Board, is the current president of ACED (Arts Cultural and Entertainment District), which is a nonprofit put together by the city, and is on the board of directors for the Matt Buth Foundation, which gives out scholarships to Volusia County students interested in music, theater and chorus.

Cast your ballot for Daniel Reed for City Commissioner Seat 4 during the general election on Tuesday, Aug. 23.