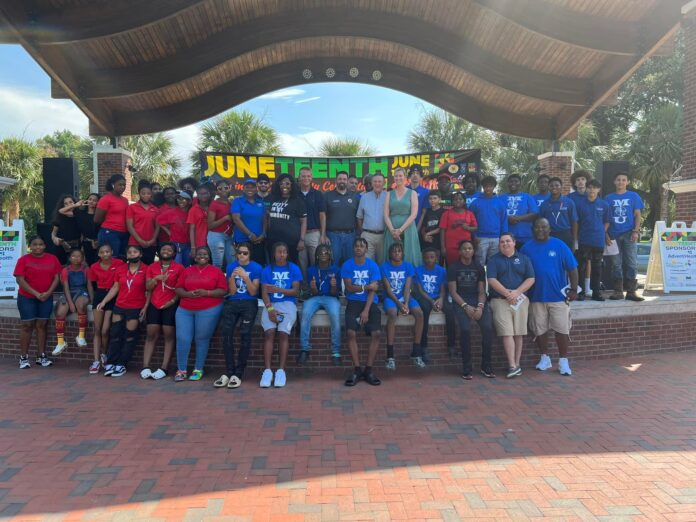 The community came out Saturday, June 18, to Earl Brown Park in DeLand for Juneteenth: Unity in the Community Celebration.

Live entertainment, a large variety of vendors (including some great food), and games were provided by a huge list of sponsors.

The event was produced by Sisters Build Network for Girls Inc., Man Up Mentoring, Joe Hearn Events, Kinks Coils and Waves, and the City of DeLand.

Juneteenth — an amalgam of “June” and “nineteenth” — is considered the longest-running African American holiday, and symbolically represents black independence day. The date marks the day in 1865 that slaves in Texas were officially told of their freedom, nearly two-and-half years after President Abraham Lincoln issued the Emancipation Proclamation.