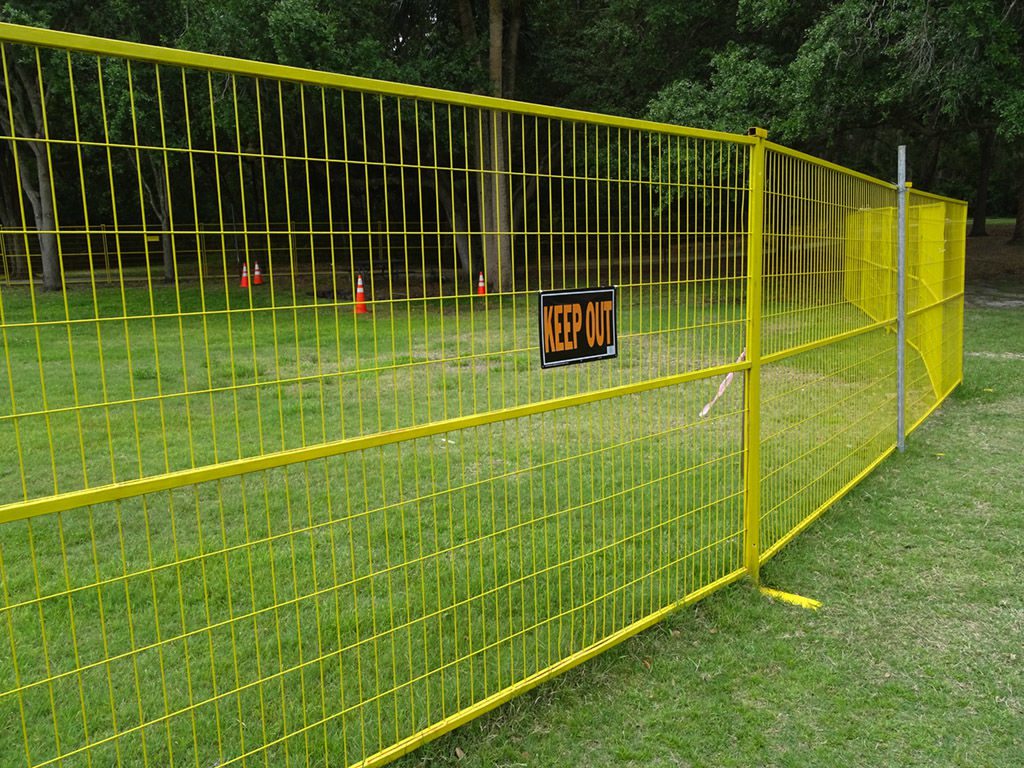 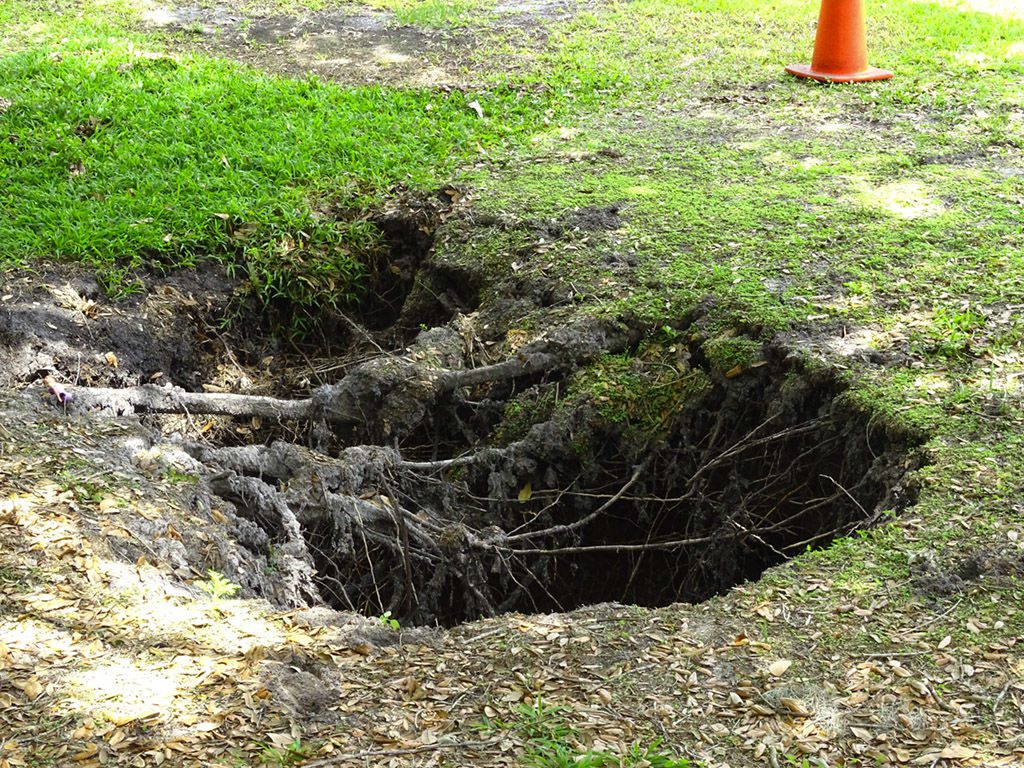 {{tncms-inline alignment=”right” content=”&lt;p&gt;Sinkholes are only one of many kinds of karst landforms in Florida, which include caves, disappearing streams, springs, and underground drainage systems.&lt;/p&gt; &lt;p&gt;Dissolution of carbonate rocks begins when they are exposed to rainwater, which is slightly acidic. Limestones in Florida are porous, allowing the acidic water to percolate through their strata, dissolving some limestone and carrying it away. &lt;/p&gt; &lt;p&gt;Over time, this persistent erosional process has created extensive underground voids in rocks throughout the state. Collapse of overlying sediments into the underground cavities produces sinkholes.&lt;/p&gt; &lt;p&gt;&lt;em&gt;— Florida Department of Environmental Protection&lt;/em&gt;&lt;/p&gt;” id=”e920c7da-be1c-4369-b5ca-445c7f477da2″ style-type=”question” title=”More about sinkholes” type=”relcontent”}}

A sinkhole that opened in Gemini Springs Park in DeBary doubled in size last week, prompting closure of an area of the county park.

Officials are pointing to Hurricane Irma in September as the original cause, with heavy rains April 15 and 16 prompting the enlargement.

Volusia County Parks and Recreation Director Tim Baylie said April 20 that the sinkhole grew from about an 18-inch surface opening to a void measuring 3-4 feet in diameter, and reaching 9 feet down to the water table.

Below ground, a much broader cavern has formed.

“Two feet under the surface, it widened, like an hourglass,” Baylie said.

In December, Baylie said, county staff contacted the Florida Department of Environmental Protection, which sent geologists to test the site with ground-penetrating radar.

“We’ve been rooting around in there for a while,” he said.

{{tncms-inline alignment=”right” content=”&lt;p&gt;The subsurface under your feet in Florida is formed of limestone that’s prone to dissolving.&lt;/p&gt; &lt;p&gt;It’s also prone to creating great swimming holes.&lt;/p&gt; &lt;p&gt;Water that filters through the limestone fissures is pressurized to the extent that it springs forth in places to create some of the clearest natural, self-replenishing swimming spots on Earth, including those at Blue Spring and DeLeon Springs state parks.&lt;/p&gt; &lt;p&gt;Although the park’s pools are beautiful, there is no swimming at Gemini Springs Park, because, over decades past, cattle-ranching operations on the site contaminated the waters. &lt;/p&gt;” id=”e1ca32be-1efc-4de2-a670-44662d161ae5″ style-type=”info” title=”Under your feet” type=”relcontent”}}

ABC News reported April 12 that, according to the Florida Geological Survey, more than 400 sinkholes have been reported across Florida since Irma hit the state Sept. 11.

“Everybody’s linked it back to Irma,” Baylie said. “It has also been referred to as a subsidence.”

Subsidence sinkholes form gradually where the surface layer of rock or soil is thin, according to the Florida Department of Environmental Protection’s website.

That is the case throughout Florida, where cavities in limestone beneath the land surface are the culprits in nearly all sinkholes, according to the U.S. Geological Survey’s website.

Cover subsidence sinkholes tend to develop gradually where the covering sediments are permeable and contain sand, the website states.

A hole at the bottom of the DeBary sinkhole leads to an underground stream that connects to Gemini’s two springs, he added.

The results of FDEP’s radar tests prompted a county-contracted firm, Universal Engineering Sciences in Daytona Beach, to study additional green space at the park where other depressions could be forming.

Those two vulnerable spots also are fenced to protect the public.

“We’re going to take another look with [ground-penetrating radar] boring, and once the results get back, we’ll decide what to do: take further steps, keep it fenced, or if we’re good to go,” he added.

The team also will consider its options for the sinkhole that has already formed, which was stable at the time of this report.

“It’s stable until we get a heavy rain,” Baylie said April 23.

The immediate plan was to remove surface material around the smaller hole to reveal the cavern below, Baylie said.

After that, he said, the collapsed area could be a park amenity used to educate visitors about Florida’s geological undersurface.