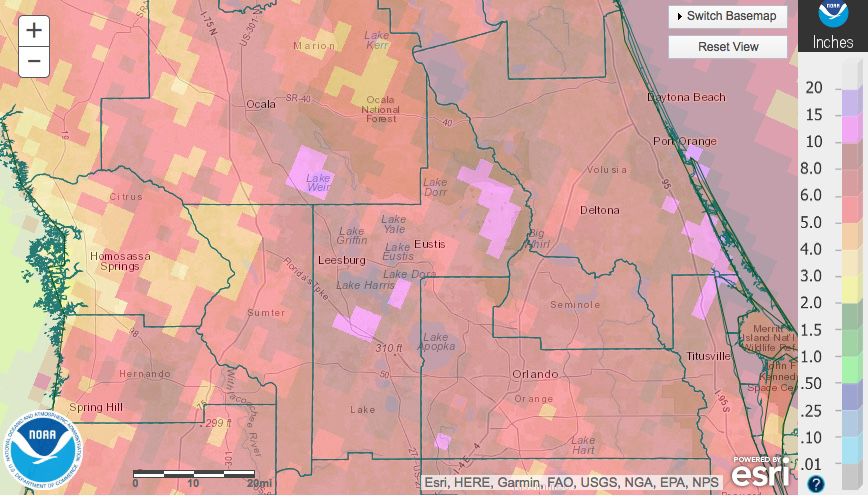 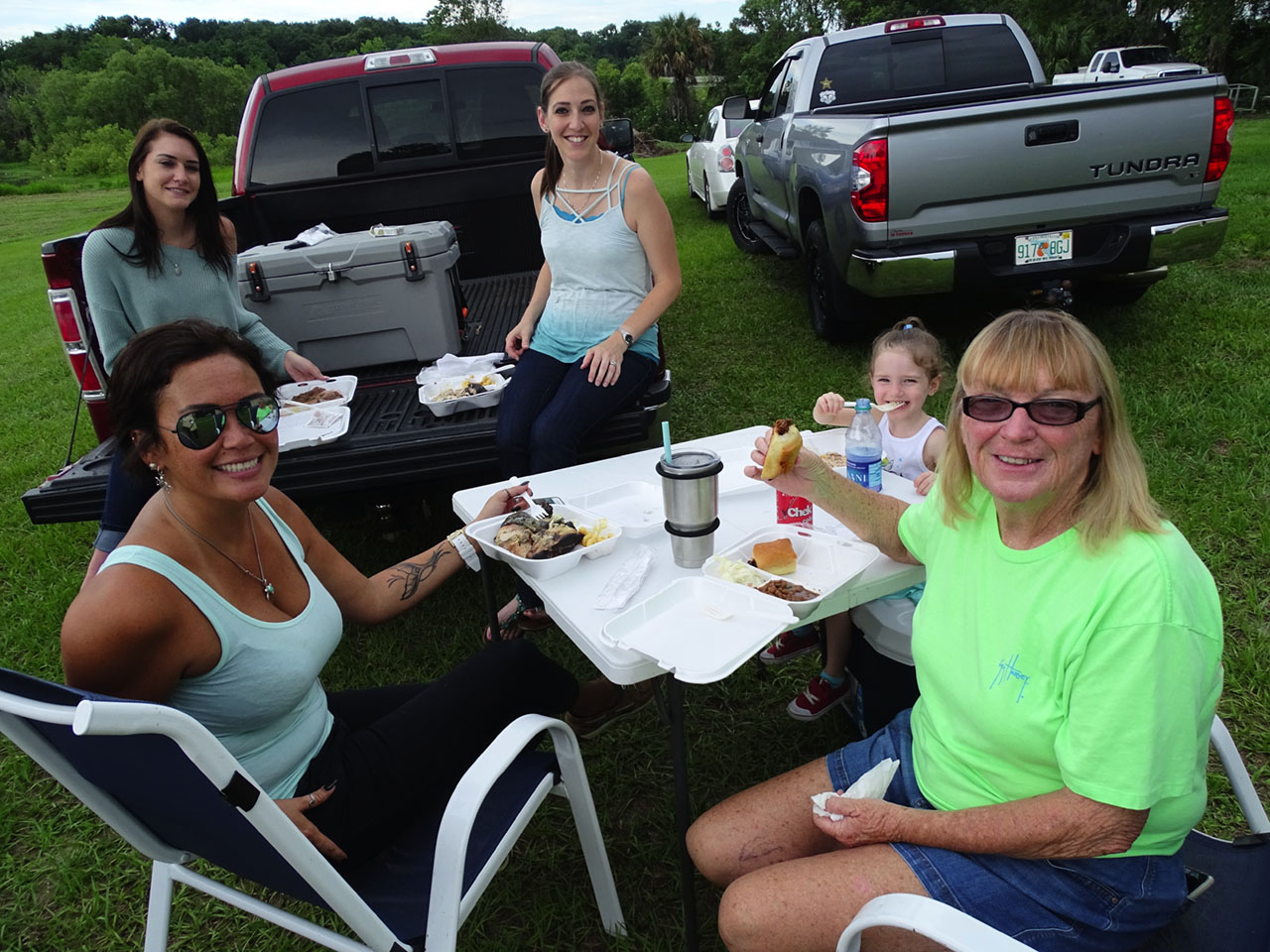 Sunshine has been in short supply across our part of the Sunshine State as of late, with tropical moisture bringing as much as 8 to 9 inches of rain to West Volusia since May 13.

A typical May should see just a bit more than 3 inches of rainfall in Daytona Beach, the closest location where official climatological records are kept, according to the National Weather Service.

“We’ve had a trough of low pressure across the Gulf, and it’s pulled up some tropical moisture over the state the last week, week and a half,” said Matt Volkmer, a meteorologist at the National Weather Service forecast office in Melbourne.

Several weather stations in the area have reported seeing upward of 9 inches of rain so far in May, as of press time May 23, according to unofficial measurements from the Community Collaborative Rain, Hail and Snow Network, or CoCoRaHS.

CoCoRaHS is a network of volunteer observers, sponsored by the National Oceanic and Atmospheric Administration, which provides precipitation measurements that supplement official data.

One station northwest of DeLand reported more than 10 inches of rain in May as of the 23rd.

“Another tropical disturbance is forecast to move up into the Gulf through the weekend,” bringing rainy conditions through the early part of next week, he said.

The disturbance might develop into a tropical depression or tropical storm as it moves north into the Gulf, probably to the west of Florida. However it develops, the disturbance is expected to be a heavy rainmaker.

Given all the rain we’ve already had, Volkmer said, that raises flooding concerns.

“We are concerned that we could have some localized flooding in areas that see repeated rounds of heavy rainfall,” he said. “Especially with the recent rainfall, it’s saturated the soils, and it brought some creek and river levels higher than they were at the beginning of the month.”

The St. Johns River still remains well below flood stage at the Astor, DeLand and Sanford gauges, according to NWS data.

The rain has already caused problems at the Volusia County Sheriff’s Office evidence facility just west of DeLand, with about an inch of standing water making its way into one of the buildings.

Water had also leaked through a portion of the roof, damaging some boxes containing evidence, although the evidence within remained intact, according to an accounting of the damage provided to The Beacon by Sheriff’s Office spokesman Andrew Gant.

DeLand City Manager Michael Pleus said he wasn’t aware of any flooding issues around the city, and that there was plenty of capacity left in the city’s drainage ponds.

DeBary Public Works Director Alan Williamson said his city hasn’t experienced any flooding issues, either, although his crews are running pumps to lower the levels of their drainage ponds as a preventive measure.

The deluge was caused by a strong cold front that hung around the area for about a week.