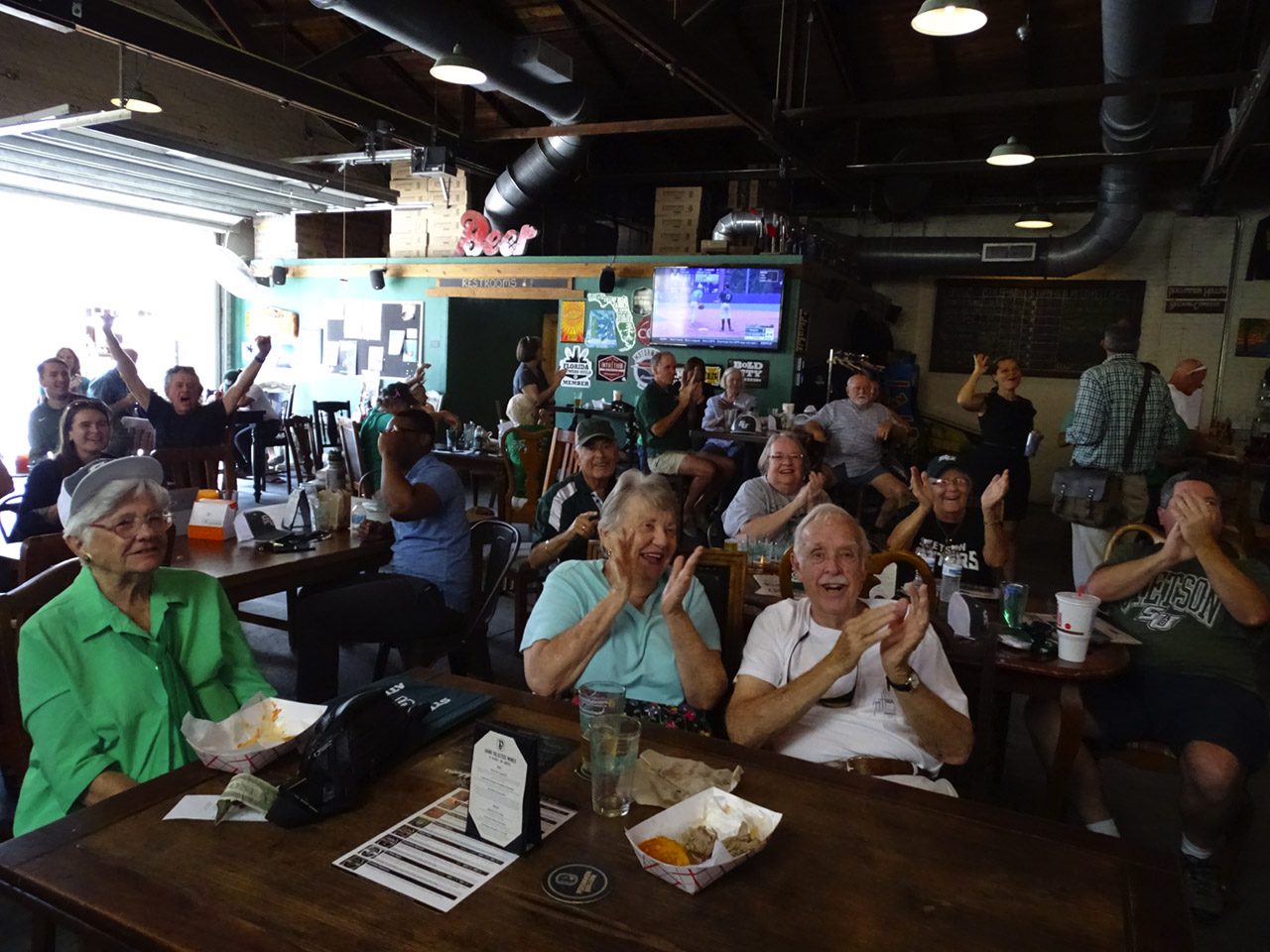 The Stetson Hatters’ incredible postseason journey came to an end Saturday, as they lost their second best-of-three Super Regional game against the North Carolina Tar Heels in the NCAA Division I baseball championship.

Playing in Chapel Hill, North Carolina, the home team fell 7-5 to the Tar Heels on Saturday, after a 7-4 loss against the Tar Heels the day before.

As a result, the North Carolina team will move on to the College World Series in Omaha.

Despite the loss, by any measure, the 2018 Hatters have a lot to be proud of.

For the first time, DeLand was selected to host a regional tournament as part of the NCAA championship. Three games at Melching Field each attracted thousands of roaring fans, both from West Volusia and out of town.

The weekend was a boon for local businesses, with hoteliers happy for the extra room-nights rented during the usually-quiet post-Memorial Day season.

After coming out on top in the DeLand Regional June 1-3, the Hatters made it to their first-ever Super Regional tournament.

The Hatters’ season may have come to an end, but the 2018 season will go down in the record books as unprecedented.