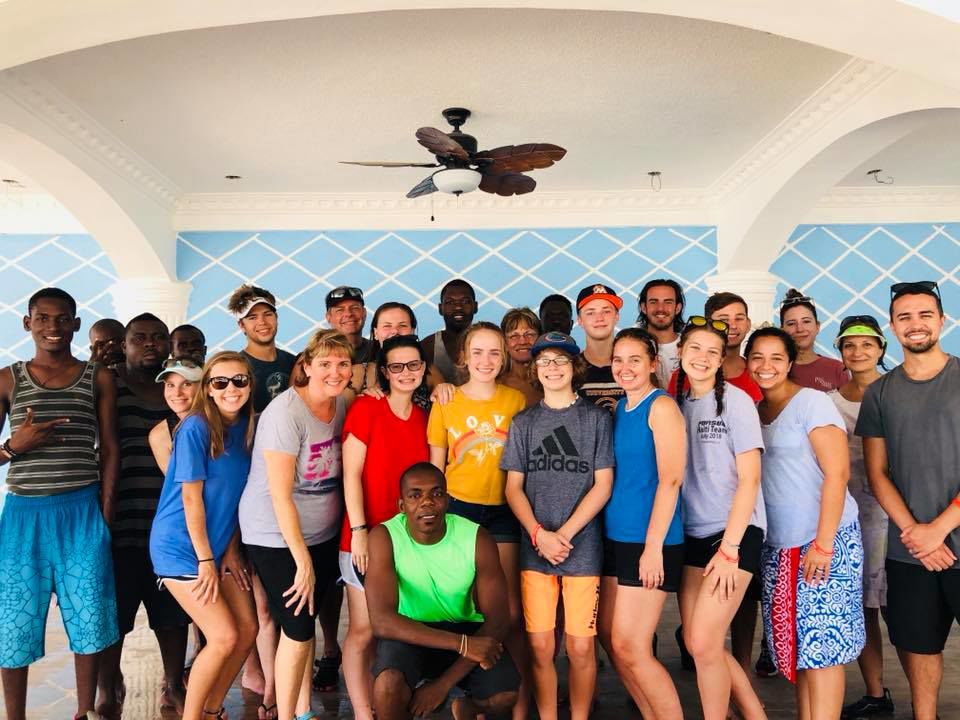 Missionaries representing The Journey First Baptist Church from Orange City and Sanford are making their way home after their trip from Haiti was delayed this week.

Civil unrest sparked by the government’s plan to raise fuel prices 50 percent, according to the U.S. State Department, resulted in chaos, violence and road blockages, preventing passage to the airport in Haiti’s capital, Port-au-Prince.

“The Haitian government canceled the increase amid protests that left several people dead and prompted airlines to cancel flights to the impoverished country,” according to an article published July 9 in The Washington Post.

Year-round The Journey collects shoes to distribute to about 20 partnering churches in the destitute country on the island of Hispaniola, Pastor Tom Wycuff said in a phone interview, July 11.

Wycuff said the seven students and 13 adults delayed are in the church’s second student ministry group this summer to visit Haiti.

The pastor reported that two members returned July 10; 10 were at the airport preparing to leave July 11; and the remaining eight would return July 12.

Staying in a villa near Saint-Marc, hours north of Port-au-Prince, the travelers remained safe and unafraid, according to Wycuff, who said the mission was very successful and gratifying for all involved.

“Saint-Marc is the hub of our ministry work,” Wycuff said. “We can’t say enough … the [villa] was extremely safe and accommodated us. We got everything done we wanted to on the trip.”

“We are requesting special prayer this evening and tomorrow because there are protests happening in Port-au-Prince over the rising gasoline prices,” Shaffer wrote. “They are starting fires in the streets and not allowing people to drive. When the people don’t feel like the government hears them, they do this to try to let their voice be heard.”

“We understand this happens even in the States,” she added.

“Even though we couldn’t leave, God amazingly worked all of the details out for us to be able to accomplish great things today!” Shaffer wrote. “We’ve been able to prep all of the bags for Church Distribution (660 lbs of rice, 300 lbs of beans, oil, seasonings & clothing).”

Wycuff said God and faith shone brightly in the midst of the unplanned.

“One really cool thing about this week is everyone’s just had a great attitude,” he said. “Nancy, I just couldn’t be more proud of her, more grateful for her heart. She sets the tone. Good leadership always helps in situations like this.”

Late afternoon July 11 found Shaffer and the students lounging around the pool, “feet propped up and listening to the fountain,” Shaffer said in a phone interview.

The younger members spent the extra days in the pool, playing “lots and lots of card games” as well as basketball and soccer, she said.

“They’ve been hanging out, talking, looking at pictures and sharing memories of the week,” Shaffer added.

Only very mild protests took place in the Saint-Marc area, she said.

Shaffer said her “life verse” is Psalm 139:16 B: “God has ordained each of our days and written them just for us.”

She makes it her sub-mission to speak those words over the team.

“You could easily get disgruntled in the hundred-plus-degree heat, just doing the mission,” she said. “But no matter what happens to us on any day, God is in control. He’s not up in heaven biting his fingernails.”

“There is nothing better than stepping out of your comfort zone to share the love of Jesus with those who need the HOPE He offers,” Shaffer posted on her Facebook page.