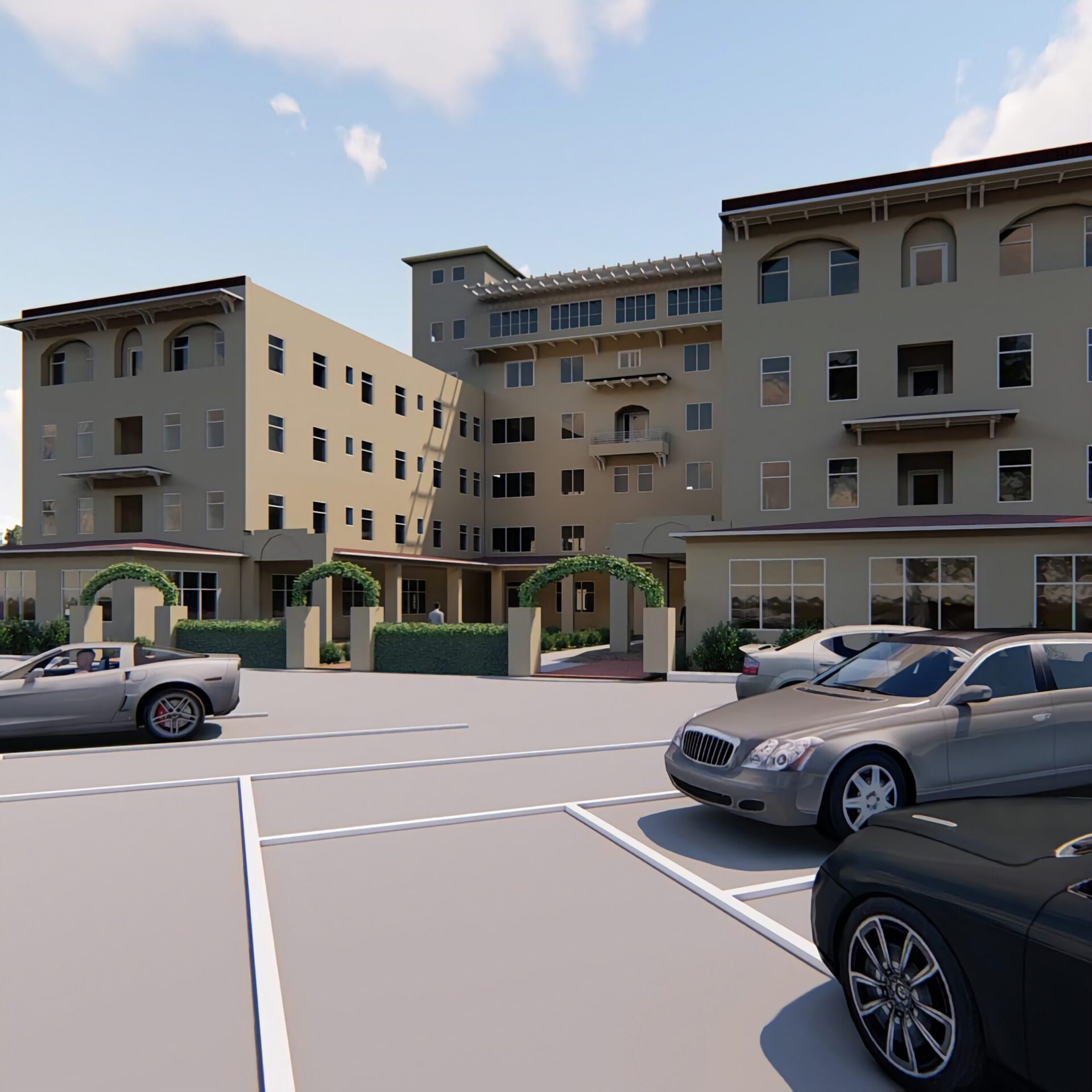 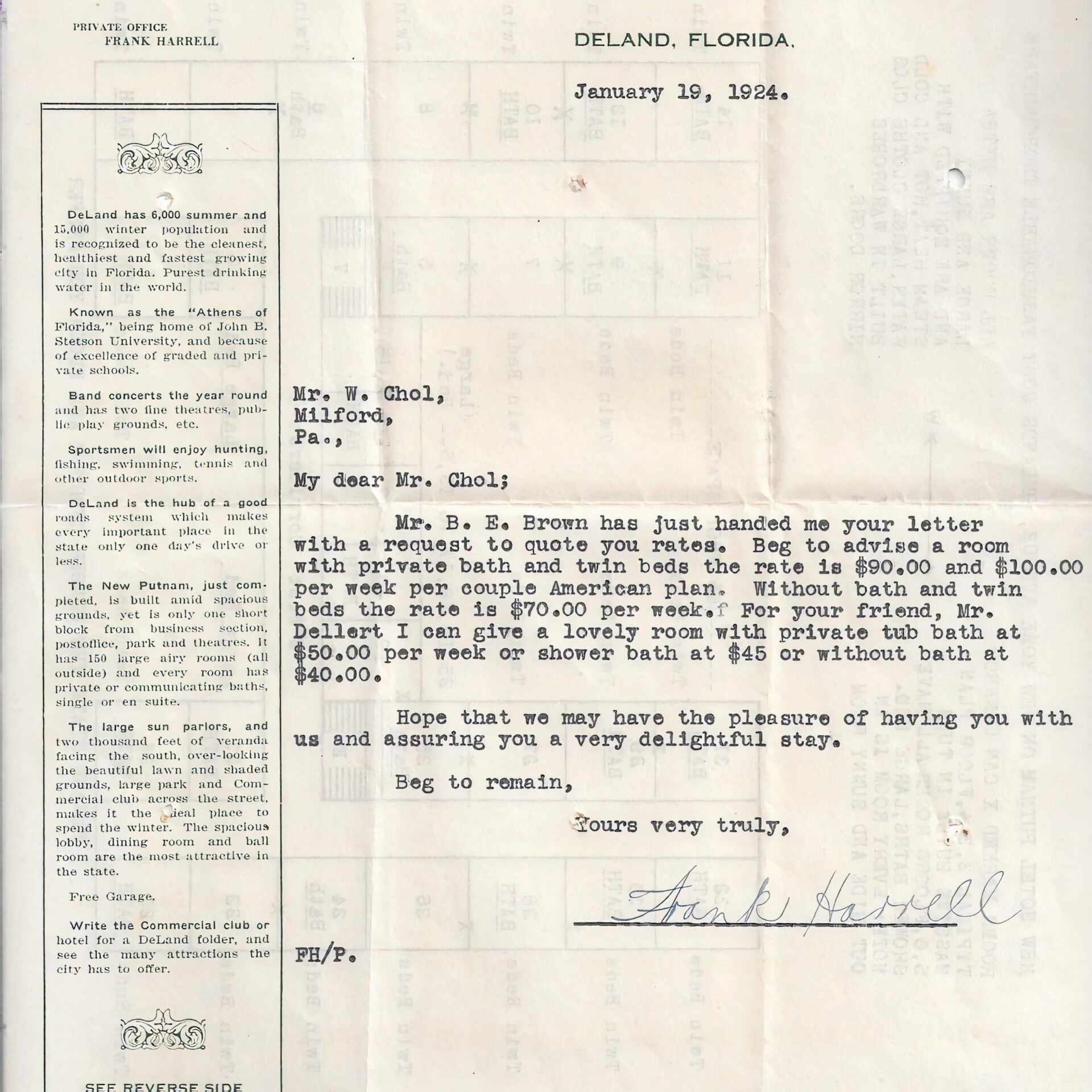 More than seven months after a suspicious fire halted renovation work at DeLand’s long-beleaguered Hotel Putnam, the inn’s owner is still trying to move the project forward, even if slowly.

Mohamed Rashad, who purchased the hotel March 30 through his company Big Bubba Investments LLC, said he’s optimistic work will ramp up sometime in the first few months of 2019.

“We’re going,” he said. “It’s just a few things have been keeping the progress from being the way I want it to be.”

Rashad, who hopes to turn the structure into apartments, went before the city’s Historic Preservation Board Dec. 6, seeking permission to replace hundreds of broken and missing windows with similar-looking vinyl windows.

A few members of the board expressed concern about approving a “piecemeal” change, and asked to see an overall plan for the building’s restoration.

One member, Charles Jordan, said if the board went ahead and approved vinyl replacement windows, Rashad could miss out on a 20-percent federal-tax credit from the U.S. Department of Interior’s National Park Service.

The tax-credit program calls for repairing damaged elements on a historic structure over replacing them where possible, and specifies that any replacements should match the old elements in appearance and materials, to the fullest extent possible.

The tax credit benefited 1,035 historic rehabilitation projects — with $5.82 billion in estimated costs — in the past fiscal year, according to the National Park Service.

Ultimately, the Historic Preservation Board continued the hearing about window replacements to its January meeting, and asked Rashad to submit an overall plan for restoring the building. Rashad said Dec. 11 he already had submitted plans to the city.

He posted a rendering of what the hotel will look like when renovated on his Instagram account, @mohamedrashad150, where he posts multiple photos each week documenting the work ongoing at the hotel, along with photos of interesting historical artifacts found along the way.

Members of the Historic Preservation Board also expressed concerns about the structure’s roof, which was damaged in the fire. Rashad said he plans to have the roof repaired or replaced in the near future.

The inn’s owner said while he understands and respects the historic nature of the building and the need to preserve it, his first priority is making sure the structure is safe from continued damage due to exposure to the elements — and from unwanted visitors.

Some of Rashad’s work has focused on undoing changes made to the hotel in more recent years, such as restoring the open look of the front courtyard. An added storage room, which was attached to the back of the hotel and suffered major fire damage, has been removed.

“We’re just getting rid of all the stuff that was done to it over the years,” he said.

And while getting a federal tax credit would be nice, Rashad said, not getting one is “not like a dealbreaker” — especially if the amount of money he would need to spend to qualify for the credit would outweigh its benefit.

Still, despite the slow progress, Rashad praised the city officials he’s been working with.

“No, the city’s been great. I can’t complain about the city,” he said.  “ … I know a lot of people are saying that it’s tough to do business in this town, and that there’s hurdles all over the place, but with me, it’s been good.”

A fire broke out April 29 at the historic Downtown hotel, which has been vacant since 2012. A state investigation determined the fire was likely deliberately set, but came up empty as far as pinpointing a perpetrator.

The inferno, along with the massive amounts of water used in the firefighting effort, was yet another blow to the already-neglected building. The roof was damaged, and some of its windows, already in a precarious state, were destroyed.

Fortunately, the fire doesn’t seem to have damaged the hotel’s massive concrete structure. The behemoth of a building opened in 1923 and was billed as “fireproof,” replacing the wooden Putnam Inn, which burned down in 1921.