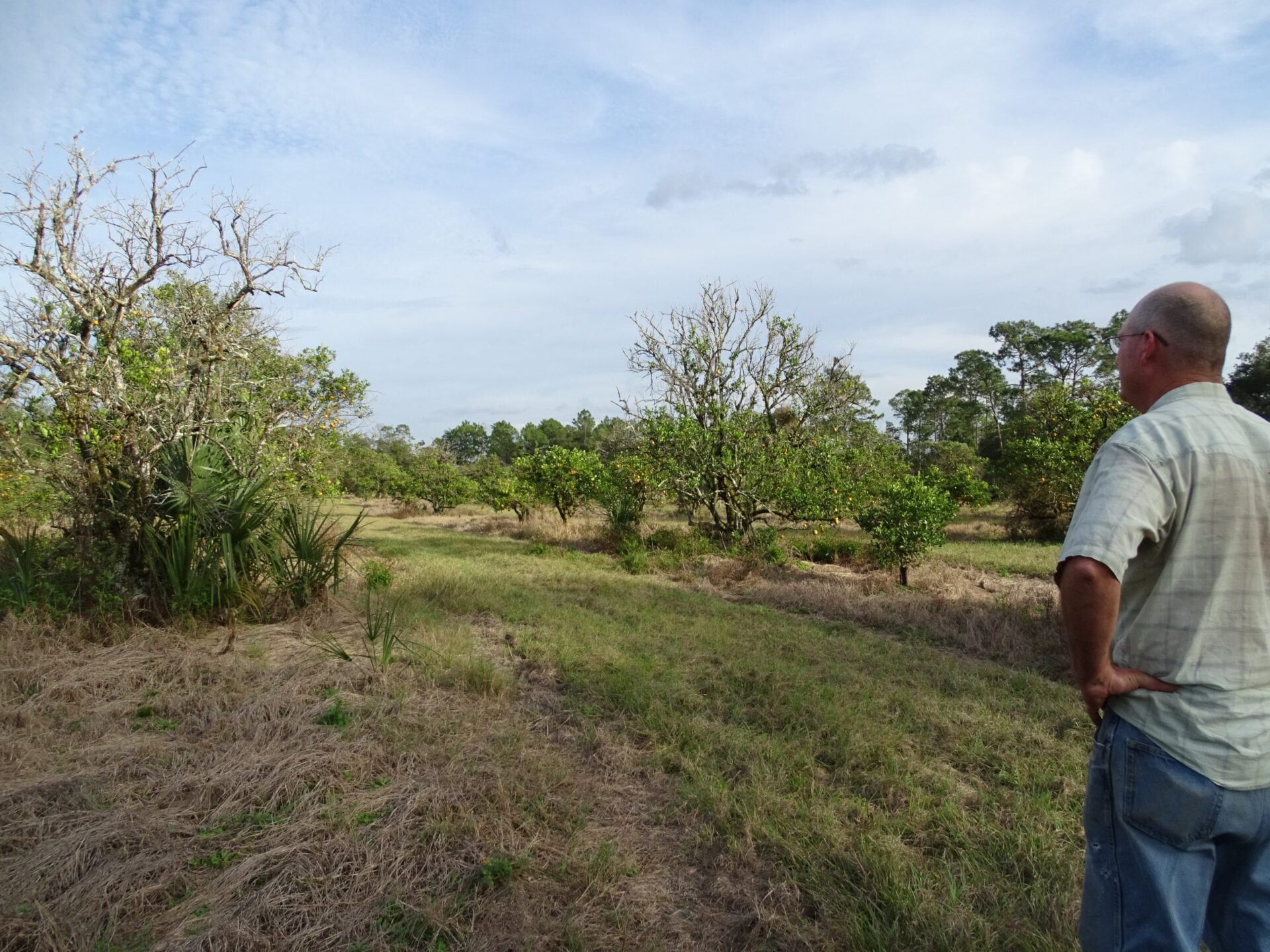 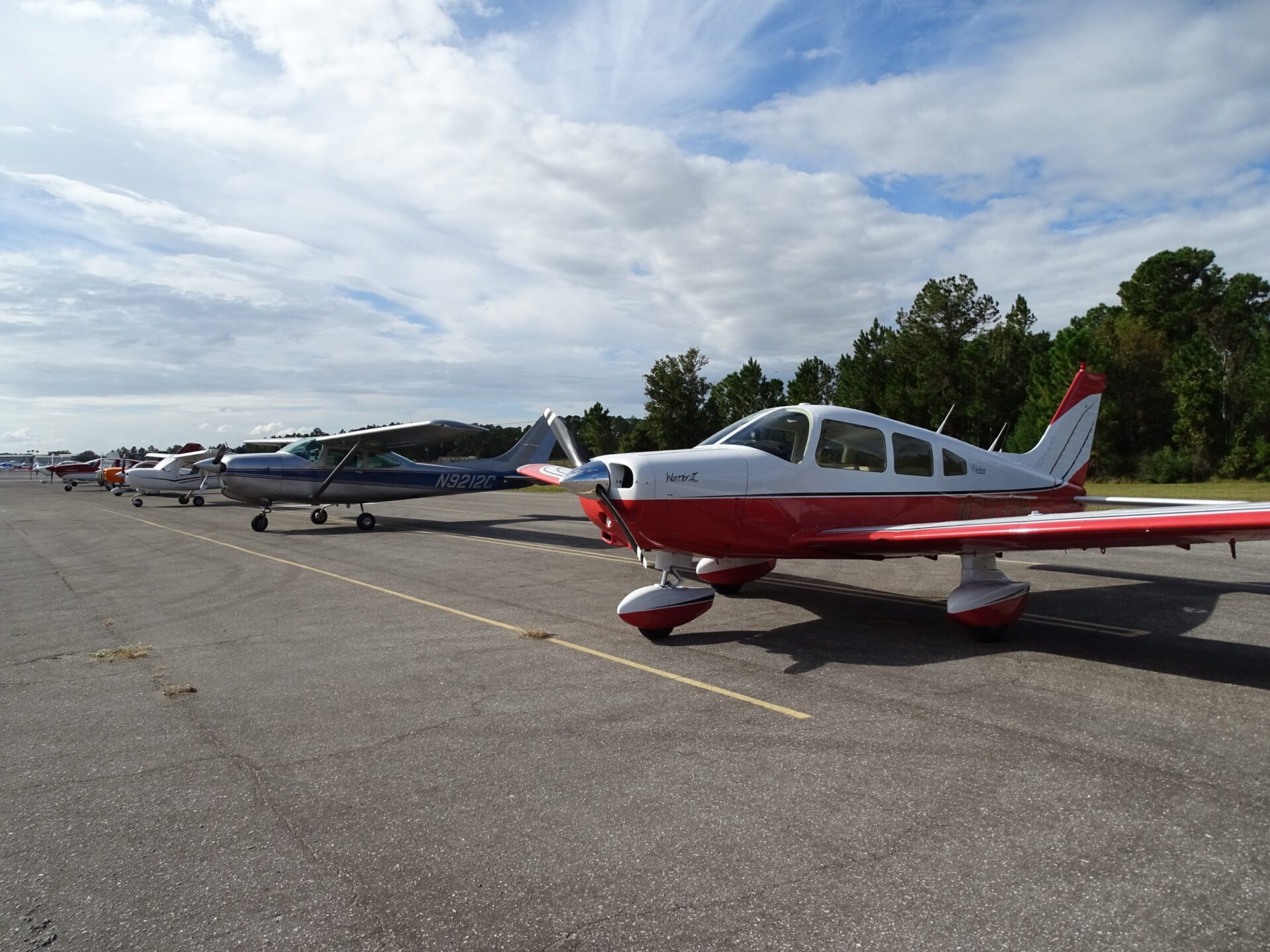 From farmers to food-stamp recipients, residents of West Volusia are increasingly concerned about the federal shutdown.

Some are holding their breath, wondering how bad it could get if the shutdown continues much longer.

At Vo-LaSalle Farms in DeLeon Springs, owner Steve Crump looks over 250-300 unproductive orange trees, all of which have been struck by citrus greening.

Crump plans to tear out the old trees, some planted as early as 1984, and replant with hardier strains.

That plan is complicated by the fact that the Farm Service Agency, a branch of the U.S. Department of Agriculture, is currently shuttered.

Under the Tree Assistance Program, the FSA reimburses farmers for removal and replanting of affected citrus trees. Federal employees first visually inspect the dead trees before they can be removed and new plants can go in.

“I can’t afford to do everything; it’s got to be little bit by little bit,” Crump said.

The Crump family farm is also waiting for a $10,000 reimbursement from the FSA for farm goods that were affected by the current trade war with China.

“I call it my Donnie Trump payment,” Crump said.

He turned in the paperwork a few days before the shutdown, which was not soon enough.

“It’s not an inconvenience yet. In two or three weeks, it will be,” Crump said.

The closure of the USDA also stopped the processing of loans and grants for money allocated in the 2018 Farm Bill. That includes research grants aimed at combating citrus greening, as well as for protecting the Floridan Aquifer.

Federal Emergency Management Agency funds expected to help cities pay the expenses of Hurricane Irma have yet to arrive, including more than $1.7 million requested by the City of DeLand. As of Jan. 7, FEMA employees were still answering emails, DeLand officials said.

USDA officials have recently scrambled to ensure ongoing funding for food- assistance programs without the help of a new federal budget. On Jan. 9, USDA officials announced that the Supplemental Nutrition Assistance Program benefits, also known as SNAP or food stamps, and the food assistance program for Women, Infants, and Children, known as WIC, would be funded through February.

Previously, SNAP was set to expire at the end of January, and WIC had already been cut off from federal funds.

Last year, WIC provided services to 10,573 people in Volusia County, according to data from the Florida Department of Health. Over 82,000 residents received SNAP benefits in 2016, according to the latest data available from the United States Census Bureau.

At The Neighborhood Center in DeLand, Executive Director Susan Clark is already working on pre-emptive measures, should the shutdown continue.

Housing and Urban Development, a federal agency that, in part, helps prevent homelessness, emailed The Neighborhood Center to advise them to conserve their funding.

The Neighborhood Center has some 50 heads of households living in HUD-funded units.

“There would be a significant adverse impact if federal funding was suspended for a prolonged period of time,” Clark said. “It takes between 40,000 and 50,000 federal dollars a month to sustain [the 50 households]. So, it wouldn’t take too many months.”

But, like other agencies contacted by The Beacon, Clark stressed that none of The Neighborhood Center’s services have been affected, yet.

“We have diversified funding, so we are in a position where all of our programs can continue,” Clark said. “We know that if someone gives you something, they can take it away.”

One immediate effect involved a woman who reached out to The Neighborhood Center’s prevention office this week. The woman was a federal employee, and she was anticipating being unable to pay her bills without a paycheck.

“It’s in the realm of possibility, or probability, that we will have people coming in that need  assistance that never would be here otherwise,” Clark said.

“It’s the people who are affected — the average person,” Clark said.

Last year’s changes in tax forms add another wrinkle to the never-fun process of submitting your tax return. At the moment, the federal government is planning to staff the Internal Revenue Service with workers who won’t be paid until the shutdown ends.

As with many other functions, however, how exactly everything will work in an extended shutdown isn’t clear. In many cases, service providers, even at the highest levels, have shaky plans, if any.

That uncertainty means some administrators are starting to pre-emptively make plans for what was once unthinkable: a shutdown that President Donald Trump said could last “months or even years.”

Carrie Sekerak, a former biologist who works for the Department of Agriculture and lives in DeLand, has stayed home on furlough for three weeks, uncertain when her paychecks will resume.

Sekerak said her family of three is trimming back in ways that affect the businesses where they shop, postponing getting an oil change, for example, “because I don’t have a paycheck.”

They are also eating everything in the cupboard and freezer, she said, before going to the store.

“When people go into these [government] positions, it’s for the love of it,” Sekerak said. “You’re in it because this is something you really care about. It’s a stewardship position.”

In two more weeks, Sekerak said, her personal financial position will “get to a scary threshold.”

She worries about the employees she supervises, and how they are getting along.

NO PAY FOR TSA

At Daytona Beach International Airport, some 48 employees of the Transportation Security Administration and Federal Aviation Administration have worked almost three weeks without seeing their pay.

Despite that, Cassens told The Beacon airport operations were going smoothly, and, echoing others, that there had been no impact as of yet.

“There’s no excessive sick calls; everyone has been dedicated to the mission. It’s going smoothly,” Cassens said.

Cassens, who had just finished an email on the very same topic, couldn’t elaborate on pre-emptive measures concerning the shutdown.

“There are some things I am working on,” he said. “I’m hoping to find a solution before it becomes a problem.”

Lost revenue and opportunity affect West Volusia businesses, too. Private companies that rely on federal projects, including environmental-consulting companies, some of them working in the nearby Ocala National Forest, can’t apply for or accept new contracts, or renew existing ones.

According to a federal employee who wished to remain anonymous, valuable burning days for thousands of acres have been lost during a prime time for prescribed burning, a necessity in our environment. Fire academies have been canceled, delaying training.

New agency employees who may have packed up their lives and moved here, some to Volusia County, are in limbo.

Research projects meant to help protect the Floridan Aquifer, the No. 1 source of drinking water for the state of Florida, have stalled at the Ocala National Forest.

Timber production has stopped, which could affect the availability or raise the cost of building materials. The effects are so wide-reaching that calculating the cost seems to be a tremendous undertaking.