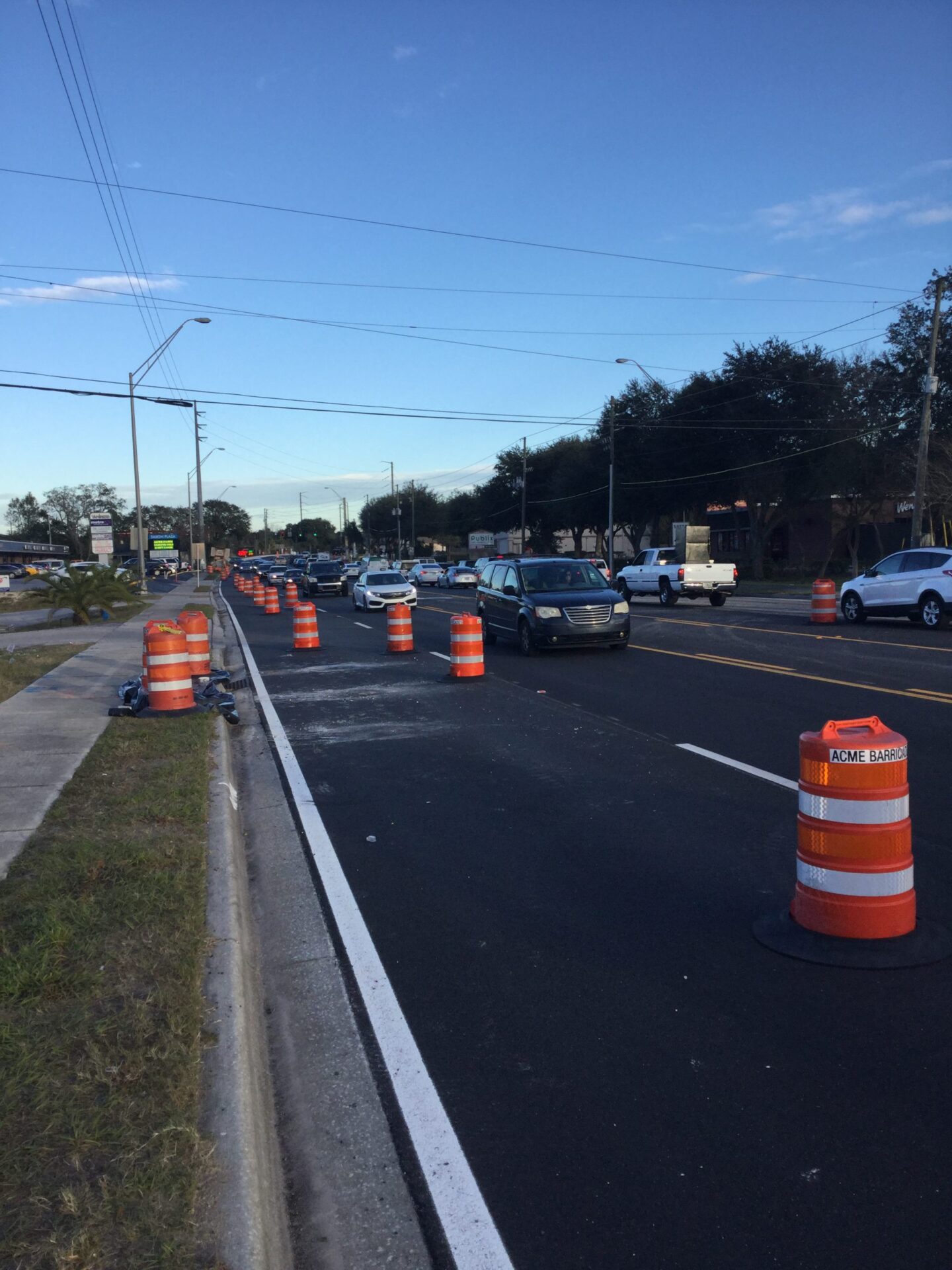 Workers have filled a hole that prompted the closing of a lane of Saxon Boulevard in Deltona.

The right-hand westbound lane near Interstate 4 remained closed Jan. 30, while contractors monitored the spot to determine if it is stable.

The problem area is just west of a Citgo service station and close to the eastbound ramp of I-4.

Transportation officials at first thought filling the hole might be a quick fix.

“Since the lane closure now appears to be a more prolonged matter, rather than an immediate fix, we need to convey the message that drivers should expect delays in this area until the situation is rectified,” Florida Department of Transportation spokeswoman Jessica Ottaviano wrote in answer to an email query from The Beacon.

The depression first appeared about 10 days ago, according to Ottaviano, and it grew in size to about 30 feet in width.

Engineers said the hole may be as deep as 80 feet, Ottaviano noted.

Crews injected concrete, also referred to as grout, into the hole to stabilize it. Fresh asphalt has been poured over the hole.

The cost of the emergency repairs is not yet available.

The depression appeared as work continues on the $8 million improvement of the I-4/Saxon Boulevard interchange.

The project includes replacing the eastbound ramp from I-4 to Saxon and adding traffic signals for right turns.

Another eastbound lane will be constructed between the interchange and Finland Drive to relieve congestion, especially during afternoon rush hours.

The contractor for the improvements is P & S Paving Inc., of Daytona Beach.

The work on the interchange, including the addition of the new eastbound lane to Finland Drive, is supposed to be completed early in 2020.

For the record, Volusia County Traffic Engineering puts the average daily traffic volume on Saxon Boulevard between I-4 and Finland Drive at 45,090 vehicles.