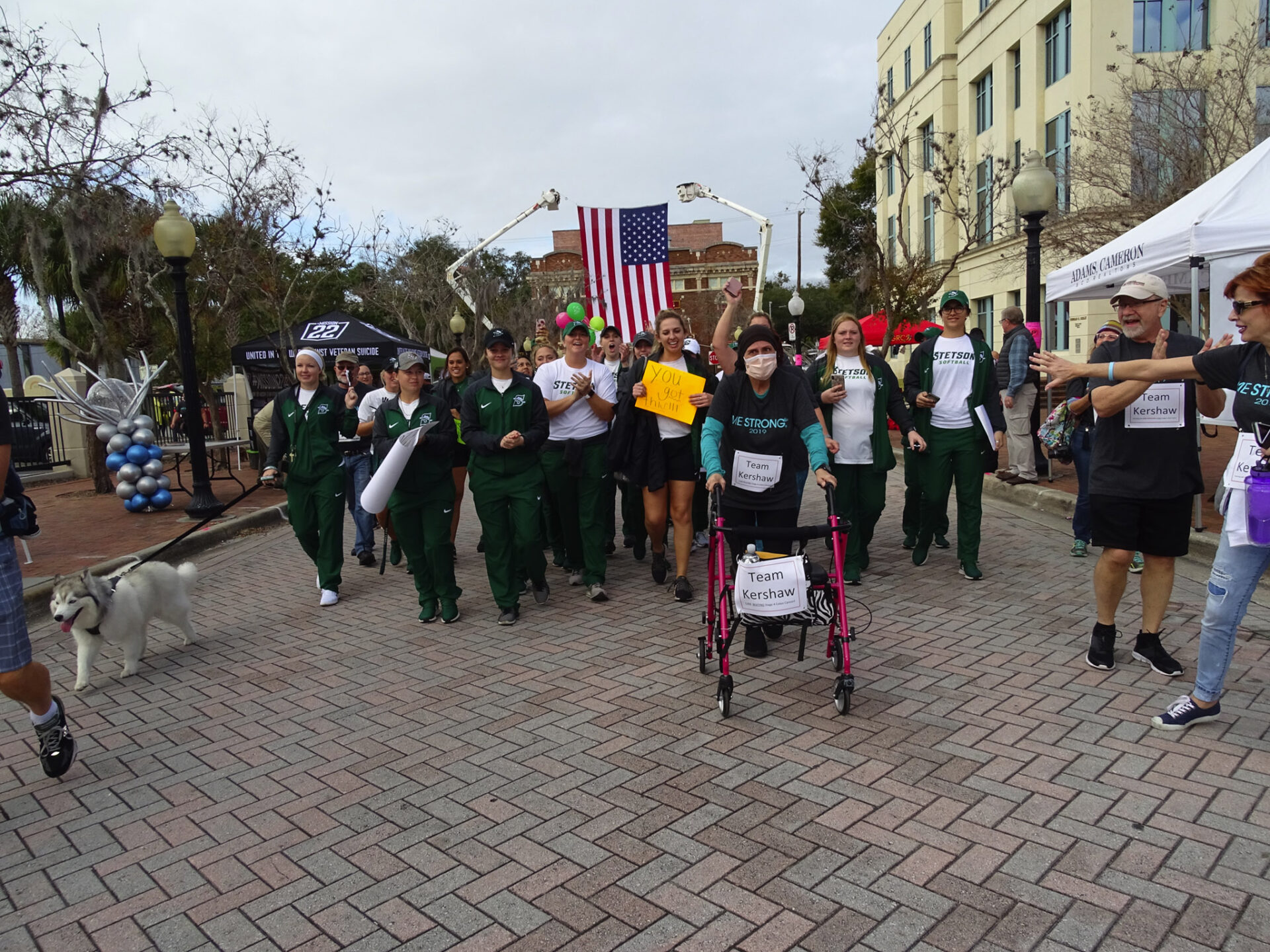 It’s amazing what you can accomplish when your motive is to help others.

Not only has MeStrong helped hundreds of seriously ill people and their families, sharing more than $1 million to help these folks meet extra expenses, the nonprofit’s annual 5K race has put DeLand on the map as a place where people work together to get great things done.

While most of the nearly 5,000 runners this year on Feb. 2 were locals, runners came to DeLand from all around Central Florida and from states afar that included Massachusetts, Michigan, Texas and many others.

After the 3.1-mile race was over, they flooded Downtown DeLand shops and eateries, responding to Mayor Bob Apgar’s race-opening welcome and his invitation to stick around and spend some money.

But, while appreciated for sure, the money is not MeStrong’s greatest strength. Created by five West Volusia women as a way to help and honor a friend who was fighting cancer, MeStrong has given a voice to the community’s determination to overcome.

This formidable spirit was on display Saturday in Downtown DeLand, and it was tangible.

The race participants spilled out from the starting line on East Indiana Avenue all across the courtyard of the Volusia County Courthouse. They ranged from super-athletes like Deltona’s Keneth Pineiro, who came in first overall by finishing the race in a mere 15 minutes and 31 seconds, to folks pushing strollers and using walkers.

These thousands, and thousands more on hand to cheer them, rejoiced as one when the MeStrong team announced that Princess Warrior Eleanor Stephens — the 2-year-old whose battle against Stage 4S neuroblastoma caused the 2018 MeStrong race to be dedicated in her honor — is now free of the disease.

The determination and can-do spirit were evident, as well, on the finish line, where the fastest runners were already crossing when the last of the massive throng finally passed through the starting banner.

Certainly there were cheers for the speediest, like the fastest woman entrant, Meggie Schneider, who finished in 17 minutes and 56 seconds, but the 1,000 or so who took more than an hour to complete the course were likely no less proud of their success.

What a gift to our community!

You have inspired us to overcome, whether disease or weakness or even self-doubt.

You’ve shown us the power of unselfishness, and you’ve made a space for the power within each of us to shine.