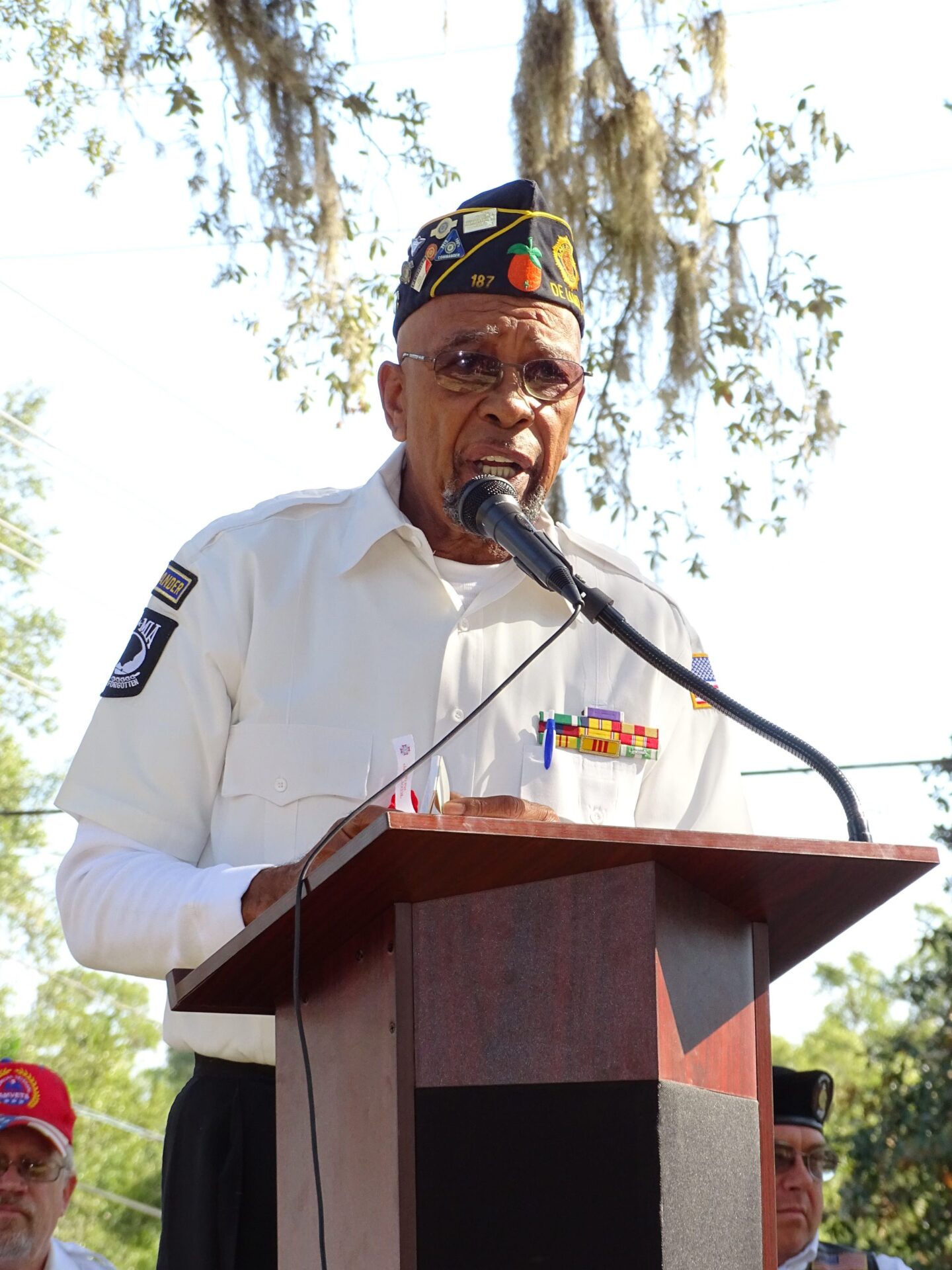 Charles E. Williams lived to see a dream realized: city, county, Stetson University and state officials — from both sides of the aisle — uniting with members of the community to restore and preserve American Legion Orange Baker Post 187.

The post, created in 1948, when African-American veterans were not permitted to join DeLand’s white American Legion, constructed the building at 415 W. Voorhis Ave. in the 1950s.

It served black veterans for about a half-century, including members of the famed Tuskegee Airmen who served in World War II, and younger vets like Williams, a Purple Heart-decorated Marine Corps veteran of the Vietnam War.

The post was severely damaged in 2004 when a tree fell on it during a hurricane. It took a hurricane-like force, in the person of Charles E. Williams, to marshal the forces and finances needed to put the building back together and add the amenities that would make it a useful community asset.

“If Charles had not been a driving force, there’s no way that this would have happened,” said Ken Goldberg, a DeLand contractor who was among those who donated services to the project.

It took a decade. The refurbished building was dedicated in October 2018.

But Williams was snatched away by death Feb. 15 before he could realize his full dream for the American Legion Orange Baker Post.

Bouie and Goldberg both said Williams had envisioned the building not only as a place for American Legion members and the home of a museum that showcases the achievements of African-American veterans, but as a community gathering spot that would provide much-needed space for family-centered events in Spring Hill.

Bouie said Williams dreamed of having fundraising dinners there that would help pay for community programs, taking advantage of the building’s new, well-equipped kitchen and drawing on Williams’ love of cooking.

Those who don’t know him in connection with the Orange Baker project may know Williams as the man serving delicious barbecue at community events.

Bouie knew him as the fellow fisherman who shared a strong Christian faith and love of family.

“When you’re in the middle of a lake in a boat with somebody, spending all that time, you begin to talk,” Bouie said.

The men were deep friends, despite polar-opposite styles, Bouie reserved and diplomatic; Williams hard-charging and insistent.

“He had standards,” Bouie said. “When he set his hand to something, he wanted it done right.”

That insistence on upholding high standards served the public-school system well, said Bouie, who was in the midst of his own public-education career while Williams served as a building and engineering inspector for Volusia County Schools.

If something wasn’t built to snuff, Bouie said, Williams made sure it was fixed.

“Unapologetically, he would tell them, ‘You’re going to have to do this again,’” Bouie said.

“Charles was an educated man. Whatever was his interest, he made sure he had a whole lot of knowledge about it. He loved Bible study; he loved teaching,” said Pastor Troy A. Bradley of Greater Union First Baptist Church of DeLand, where Williams was already a deacon when Bradley came on board about 21 years ago.

Williams, born Oct. 27, 1945, was predeceased by his wife, Phyllis H. Williams. His survivors include four sons, Tyrone of Texas, Charles E. III of Macon, Ga., Anthony N. of DeLand and Lavon of Orlando; four daughters, Jolynn Hill, Liza Marie Williams and Latwania Williams, all of DeLand, and Nikki Williams of Baltimore; 16 grandchildren, two great-grandchildren and one great-great grandchild; two brothers, Gary of Lake Helen and Harold of Crestview; a sister, Karleen Taylor of Jacksonville; and a host of nieces, nephews, cousins and other loving family and friends.

“He was a good person and a great friend,” Bouie said.