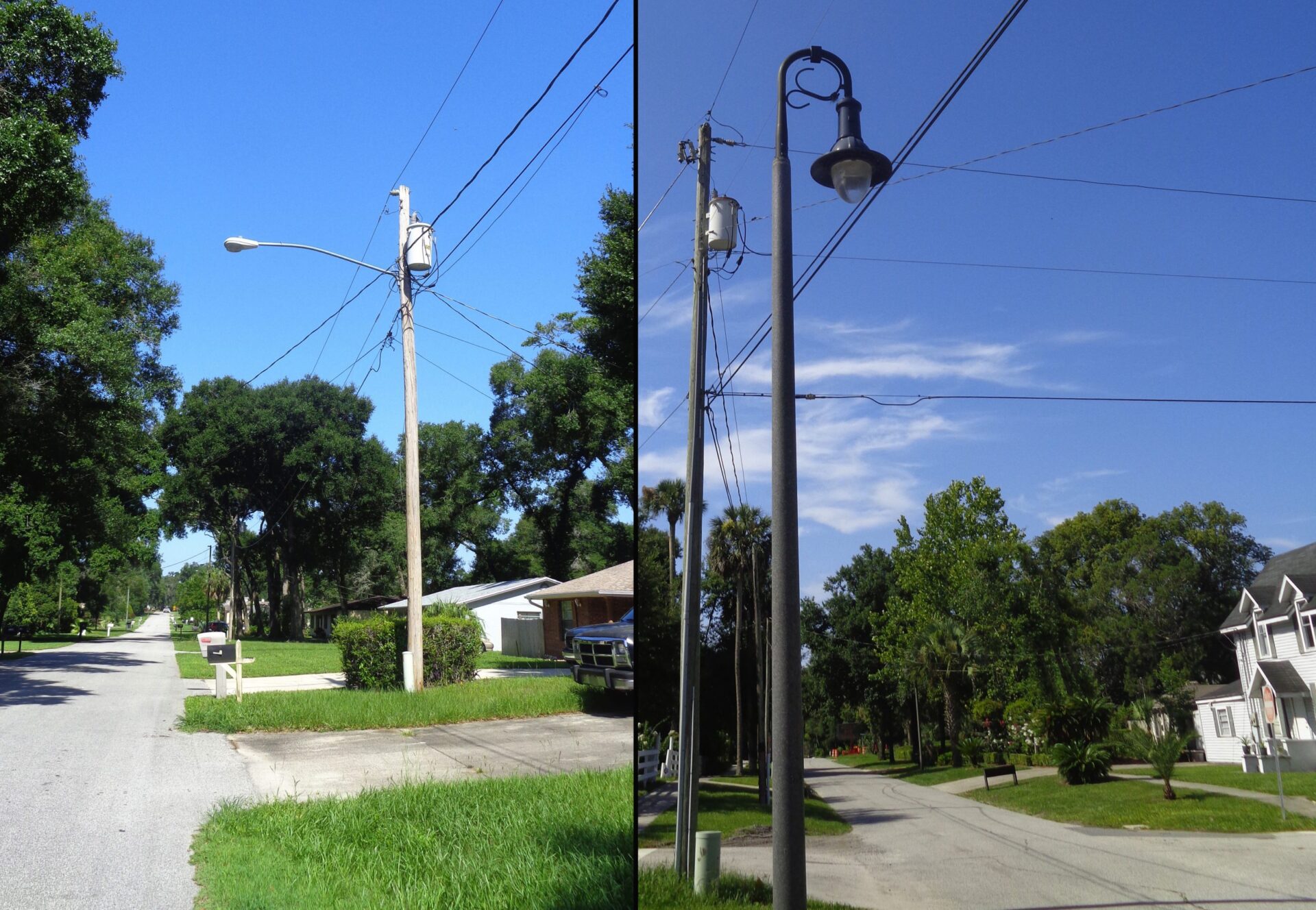 Orange City leaders are looking at ways to brighten their roadways to increase safety.

With help from Duke Energy, officials propose to provide citywide street lighting. At its June 25 meeting, the City Council asked for more information and estimates of the costs.

Orange City now has a total of 534 streetlights, according to an inventory recently completed by city staffers and Duke personnel.

Of those, only four have LED (light-emitting diode) bulbs, which use less electricity and generally last longer than the high-pressure sodium bulbs now in use.

Finance Director Christine Davis said Orange City spends about $76,800 each year to light the streets. The cost of switching out 530 fixtures to LED may initially make that annual expense rise to $79,680, but would likely lower the expense in the future.

“The Police Department drove the entire city at night, and thought lighting throughout the city may be improved by moving to LED,” City Council members were told.

Orange City may also work with the Florida Department of Transportation to improve the lighting at pedestrian crossings along Volusia Avenue — U.S. Highway 17-92 — in the city’s core and its Community Redevelopment Area.

One concern city staffers identified was “additional poles at each intersection along Volusia Avenue may make an already cluttered corridor worse.”

Another corridor in need of lighting, council members said, is the western segment of Saxon Boulevard between Enterprise Road and Volusia Avenue. The land west of the Orange City Marketplace shopping center, along the south side of Saxon, is inside DeBary city limits.

Davis said she will gather more information about the costs.

Orange City has one streetlight district, in Shadow Ridge, a neighborhood on the city’s southeast central section. There, the owners of 79 homes pay an annual assessment for lighting when they pay their property taxes.