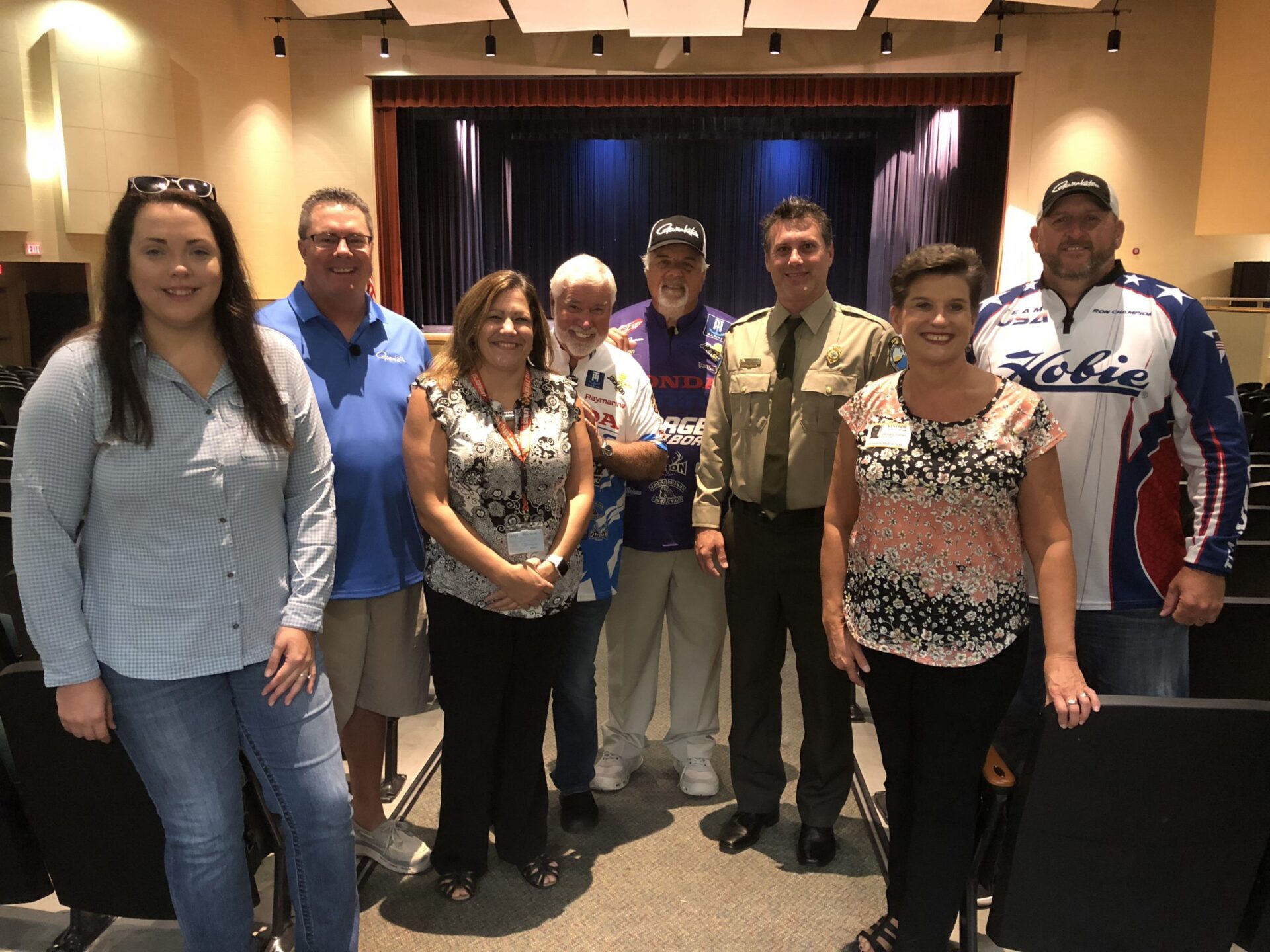 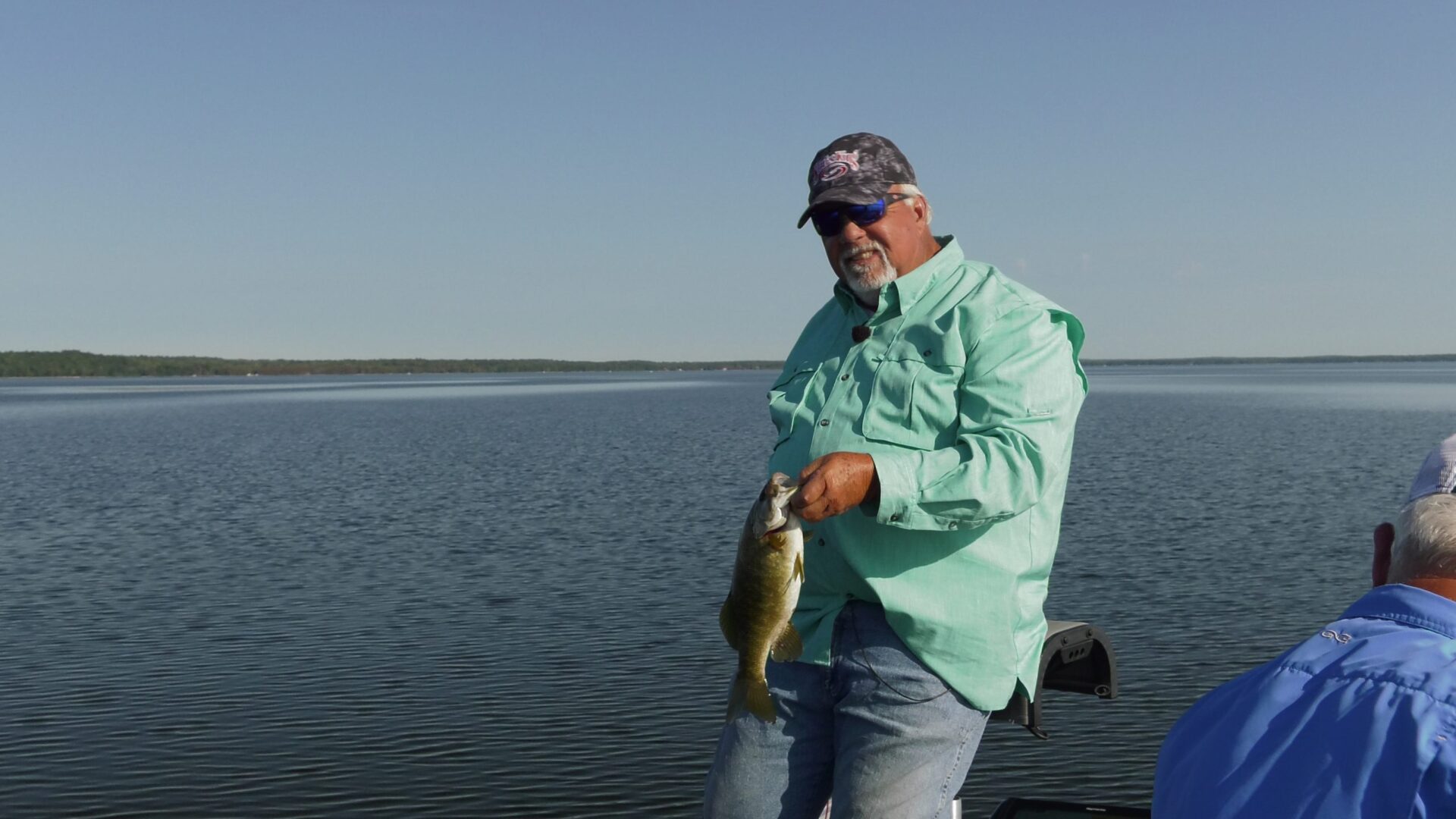 An internationally televised show that teaches people the joys of freshwater fishing is dropping some lines in West Volusia.

The hosts of Fishing University, bass buffs Charlie Ingram and Ray Brazier, traveled to DeLand Oct. 27, and spent a few days filming on Lake George and the St. Johns River.

The show takes the form of a friendly fishing competition between the two hosts. Along with trying to catch fish, the hosts explain some tips and tricks of fishing, evaluate that week’s waterway as a fishery, and show off some products from sponsors.

“We have a friendly competition against each other where we’re also talking about the products and explaining how to use them, and the advantages of this and that, and also how the St. Johns River is as a fishery,” said Brazier.

His competitive nature is what drove Brazier to professional fishing in the first place.

“I grew up racing motorcycles and racing boats,” he said. “It was the individual competition that drove me to fishing.”

Part of fishing’s appeal is its accessibility to almost anyone.

“It doesn’t take any athletic skills or strength or anything like that. It’s mental, and [it’s] finesse,” Brazier said. “Probably more people fish than they do any other sports in the U.S. It’s just a huge pastime. It’s very relaxing, and it’s just a challenge.”

Brazier said he’s fished the St. Johns River in the past.

“Personally, I’ve ran from Palatka to DeLand,” he said. “It just seems like a fish motel.”

The episode will also include a tourism spot, to show off some destinations in DeLand, produced in cooperation with the West Volusia Tourism Advertising Authority.

The show’s cast and crew also visited University High School in Orange City during their trip to West Volusia, for a short assembly about careers and life in general.

“We go to a high school during every program,” Brazier said. “Each of us talk about our path to get to the career that we have now. We show them the importance of education and hard work, and how life is short, and how you should find a job that you love.”

The program also includes a question-and-answer session with the students.

Brazier said fishing and other outdoor activities don’t seem to be as popular among today’s young people as they were in years past.

“We’ve got to get these kids off the cellphones and video games,” Brazier said.

“If we can get one person, one kid to watch this TV show, to see themselves on the TV show … we’re going to convince them to go fishing,” he said. “It’s something they can do the rest of their lives.”

Fishing University can be seen on Outdoor Channel, World Fishing Network and Sportsman Channel in all 50 states and 51 other countries.

The episode being filmed in West Volusia will air 40 times throughout 2020 on the three networks.

To see the show’s entire schedule, go to www.fishingu.com.