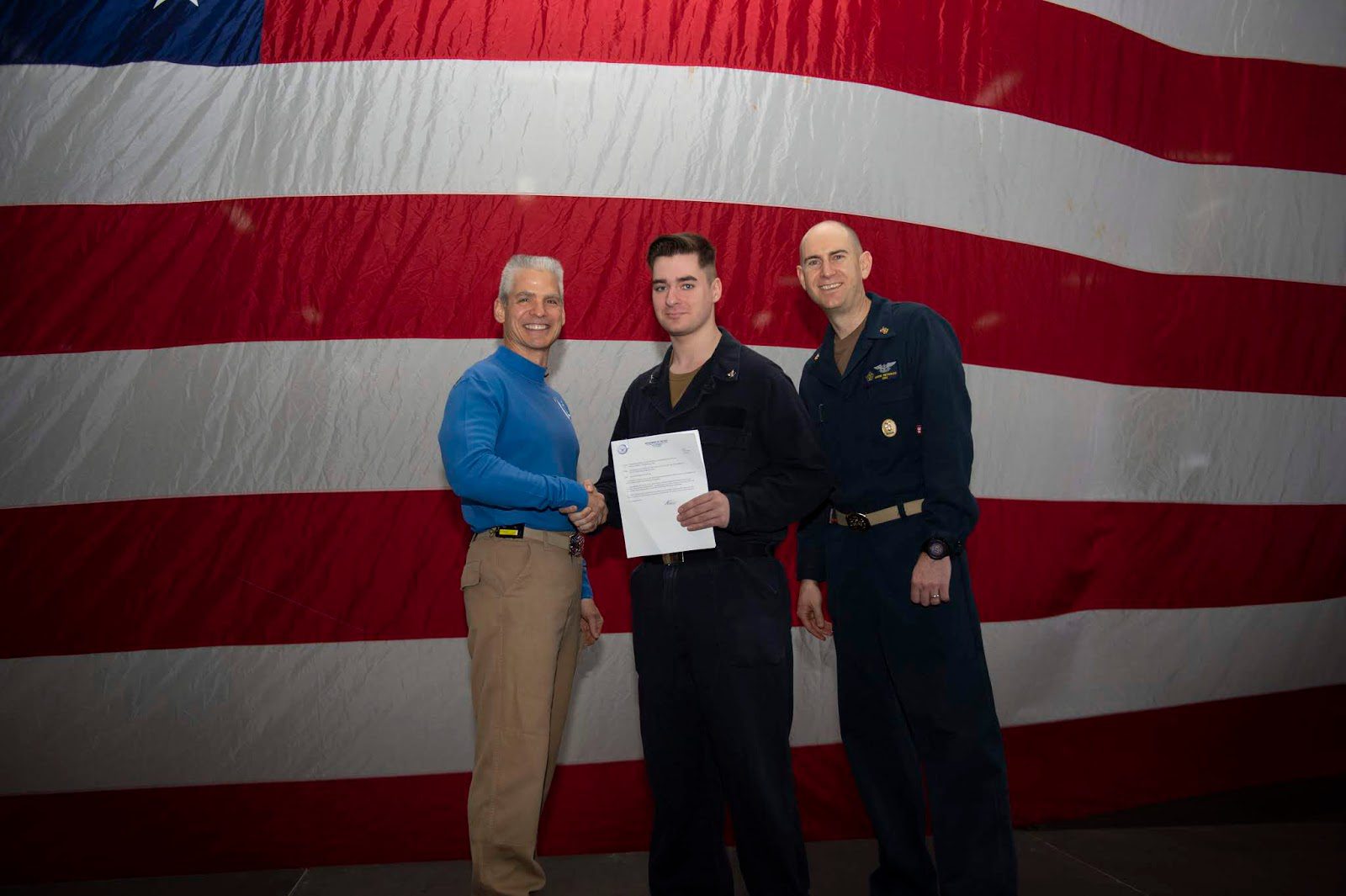 Earlier this month, a Deltona native serving in the U.S. Navy was promoted to the rank of petty officer third class aboard the Nimitz-class nuclear-powered aircraft carrier USS Dwight D. Eisenhower.

Mass Communication Specialist 3rd Class Conner Houghtaling, a 2016 graduate of Deltona High School, was one of 140 sailors to receive a promotion to the next paygrade Dec. 9. Sailors were advanced based on a number of factors, such as evaluations, exam scores, time in rate, awards and pass not advanced points.

“This takes a lot of hard work, a lot of determination, moral fortitude, grit and resiliency,” said Higgins. “Thank you for the jobs that you do. Thank you for the leadership you provide. You’ve earned it; keep it.”

Houghtaling said he was honored to be selected.

“It feels great,” he said. “It’s nice to feel upward momentum in your workplace.”

The Dwight D. Eisenhower is currently underway conducting carrier qualifications —which are an opportunity for aviators to develop and test their skills in flying carrier-based aircraft — in the Atlantic Ocean.