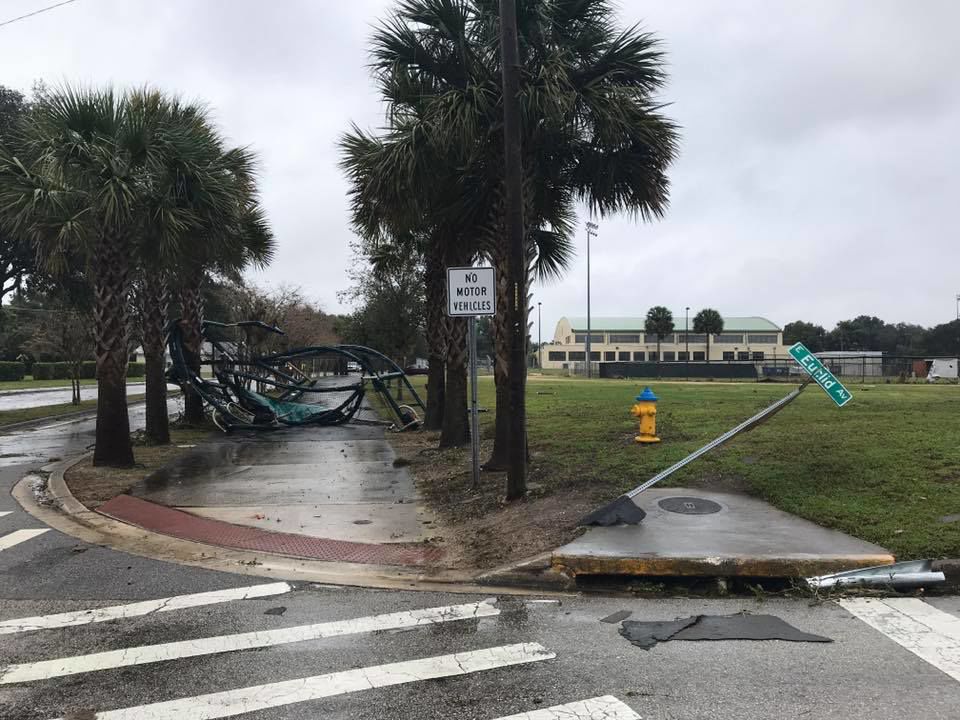 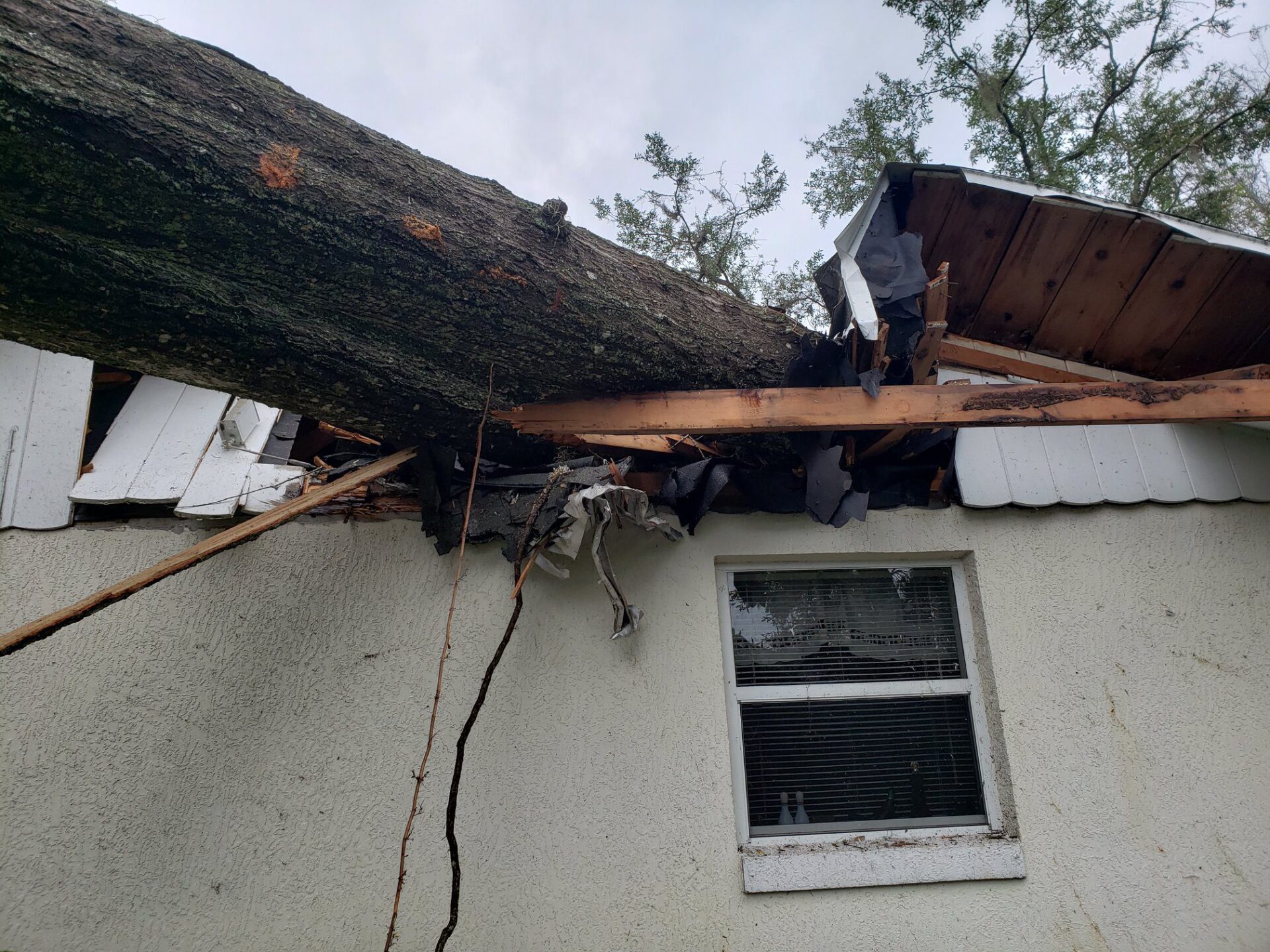 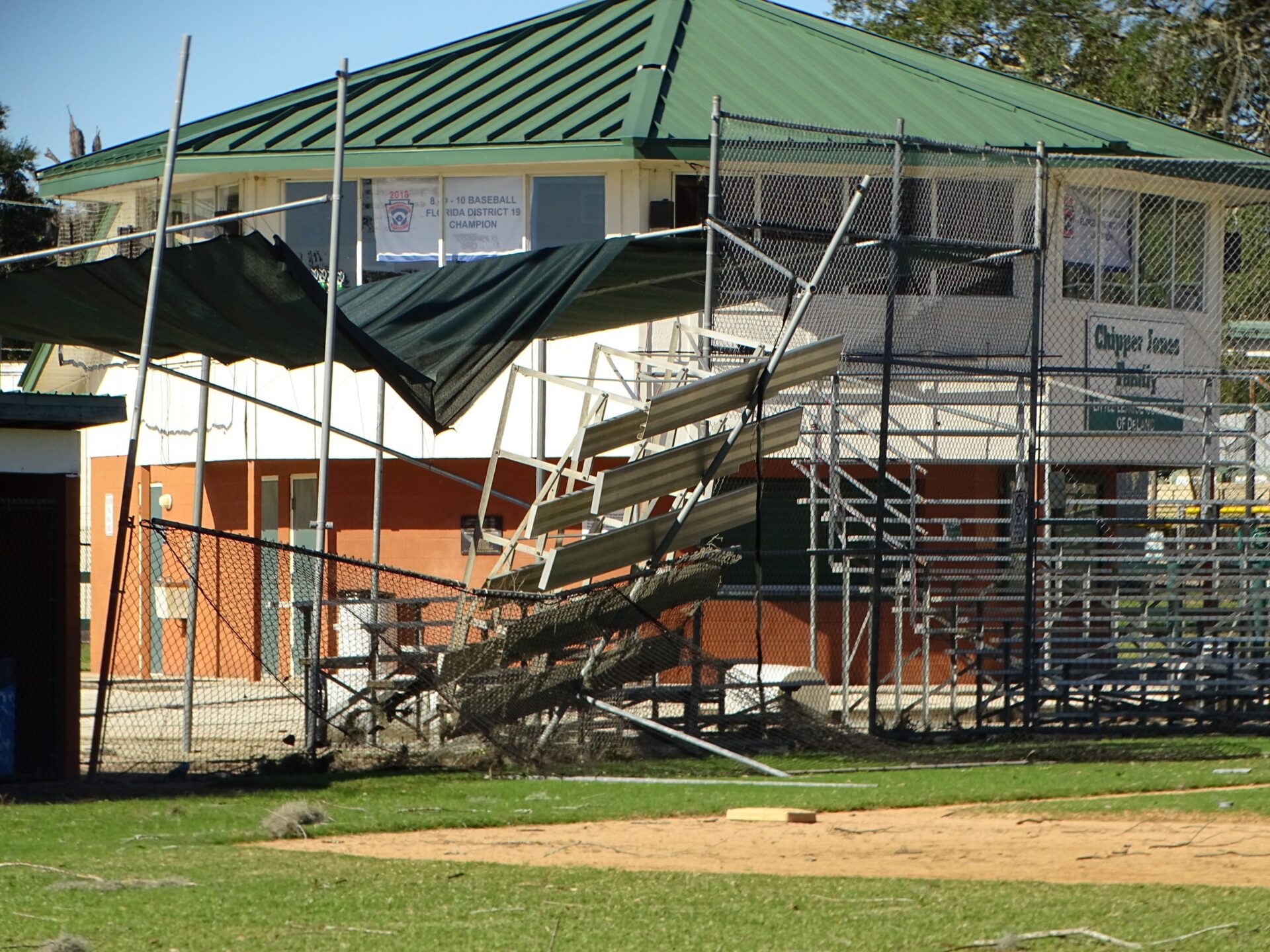 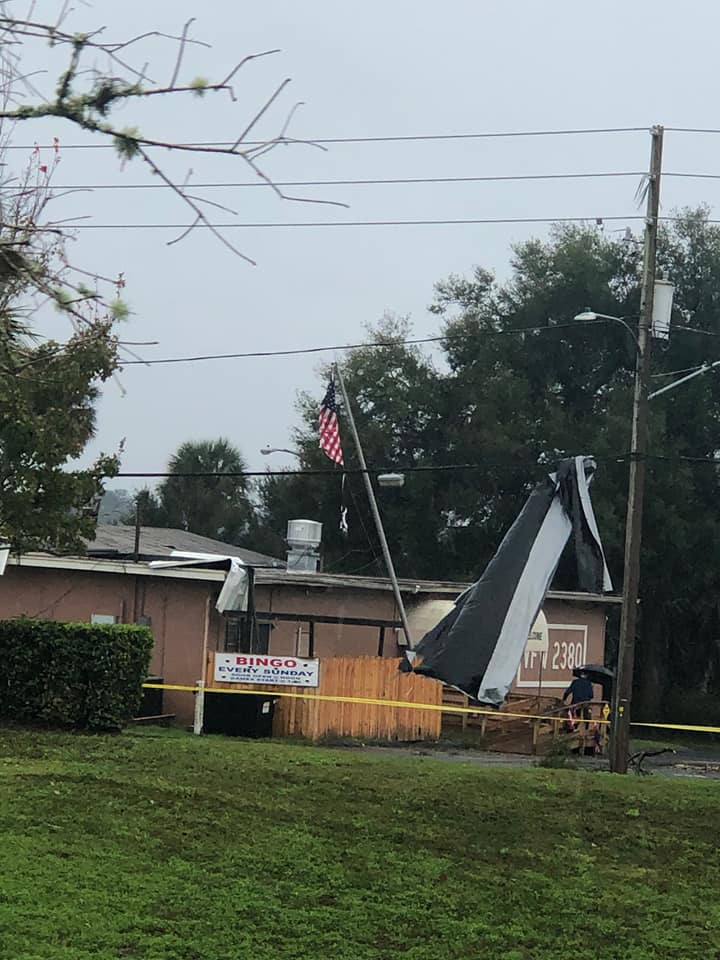 A tornado touched down in DeLand late Saturday morning, damaging several homes throughout the city and causing an estimated $20,000 in damage to city recreational facilities in and around Earl Brown Park.

No injuries were reported as a result of the storms that swept through West Volusia as part of a cold front that passed through over the weekend, according to city officials.

“City facilities that were damaged include [the] Melching Field [baseball stadium], the city’s Little League complex and one of the city’s water plants,” city spokesman Chris Graham said.

One of the city’s pump stations caught on fire, Graham added.

Shingles were also ripped from the roof of Veterans of Foreign Wars Post 2380, which lies across from Melching Field. Power lines were ripped from snapped poles along Alabama Avenue, and in other spots around town.

“Other areas with power lines or trees down include Florida Avenue and Beresford Avenue near the Candlelight Oaks subdivision,” Graham said Saturday afternoon.

Two homes were rendered uninhabitable due to damage from the tornado.

“A total of five homes – as far west as the Candlelight Oaks subdivision to as far east as the 500 block of South Garfield Avenue – were found to have sustained major damage, [and] two were deemed uninhabitable, according to city building staff,” Graham said.

Staff from the National Weather Service forecast office in Melbourne were in DeLand on Monday to assess the damage.

According to the NWS, an EF-1 tornado touched down near Woodward Avenue Elementary School at 11:25 a.m., and ended four minutes later near the intersection of East New York and Colorado avenues.

The tornado had estimated peak winds of 90-100 mph, and it carved a path 3 miles long and about an eighth of a mile wide through the city.

“EF” stands for the Enhanced Fujita scale, a system used to classify tornadoes by wind speed, similar to the Saffir-Simpson Hurricane Wind Scale for hurricanes.

Forecaster Matt Bragaw said the NWS’ survey teams look for specific clues to tell if a tornado passed through a particular area.

“There’s very specific patterns of damage, as opposed to straight-line winds,” he said. “If you see spiraling on trees or power poles, or if objects are blown in different directions, it suggests a tornado.”

Strong straight-line winds — a common feature of severe thunderstorms — would tend to scatter debris in a single direction, instead.

Another tornado — an EF-0 — related to Saturday’s cold front touched down in the Lake County burg of Okahumpka around 10:30 a.m., damaging several mobile homes and felling a large oak tree.

Florida as a state sees a higher-than-average number of tornadoes each year — slightly more than Oklahoma, in fact, according to 1991-2010 NOAA averages — but they tend to be weaker than those that occur in the Tornado Alley states of the Great Plains.