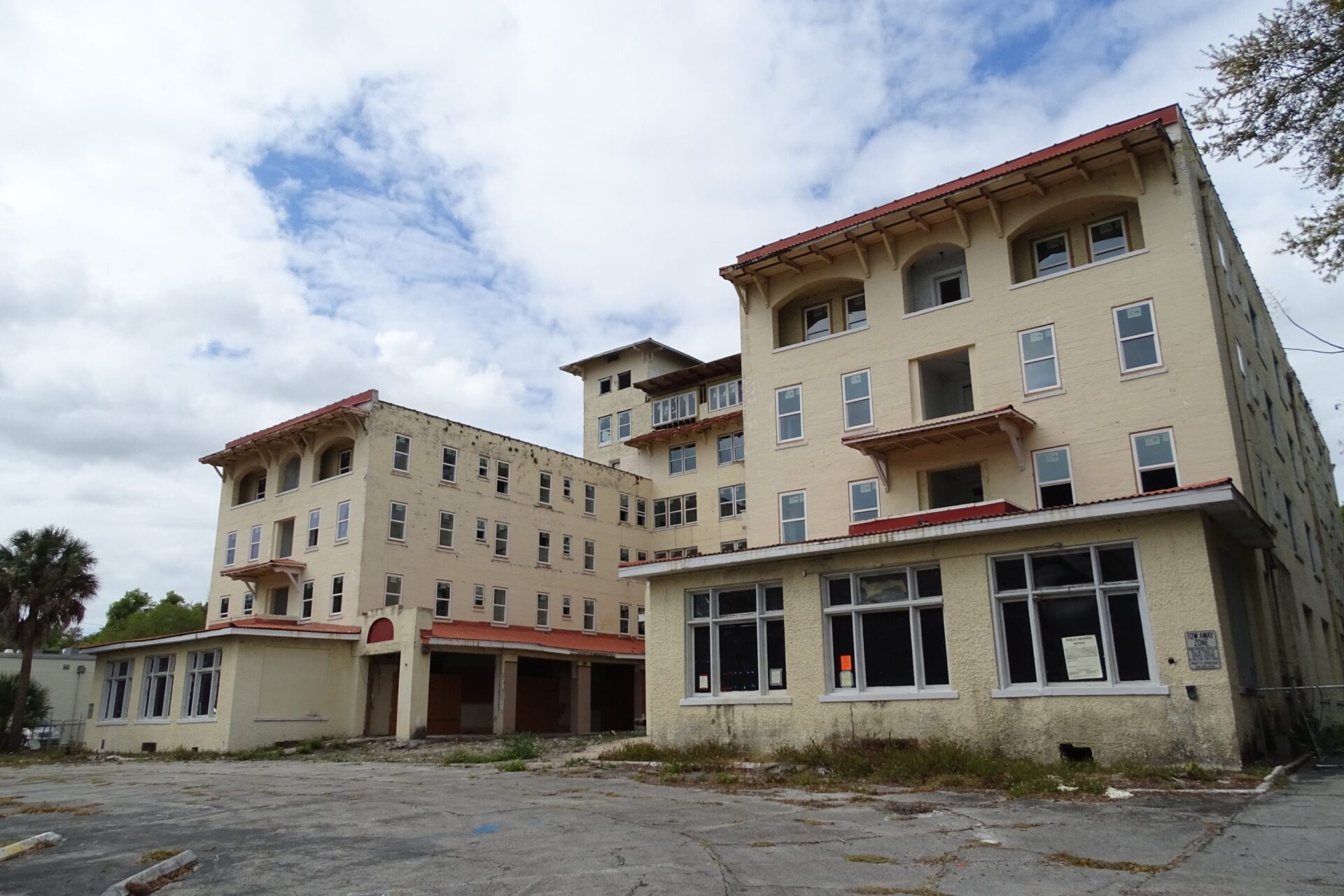 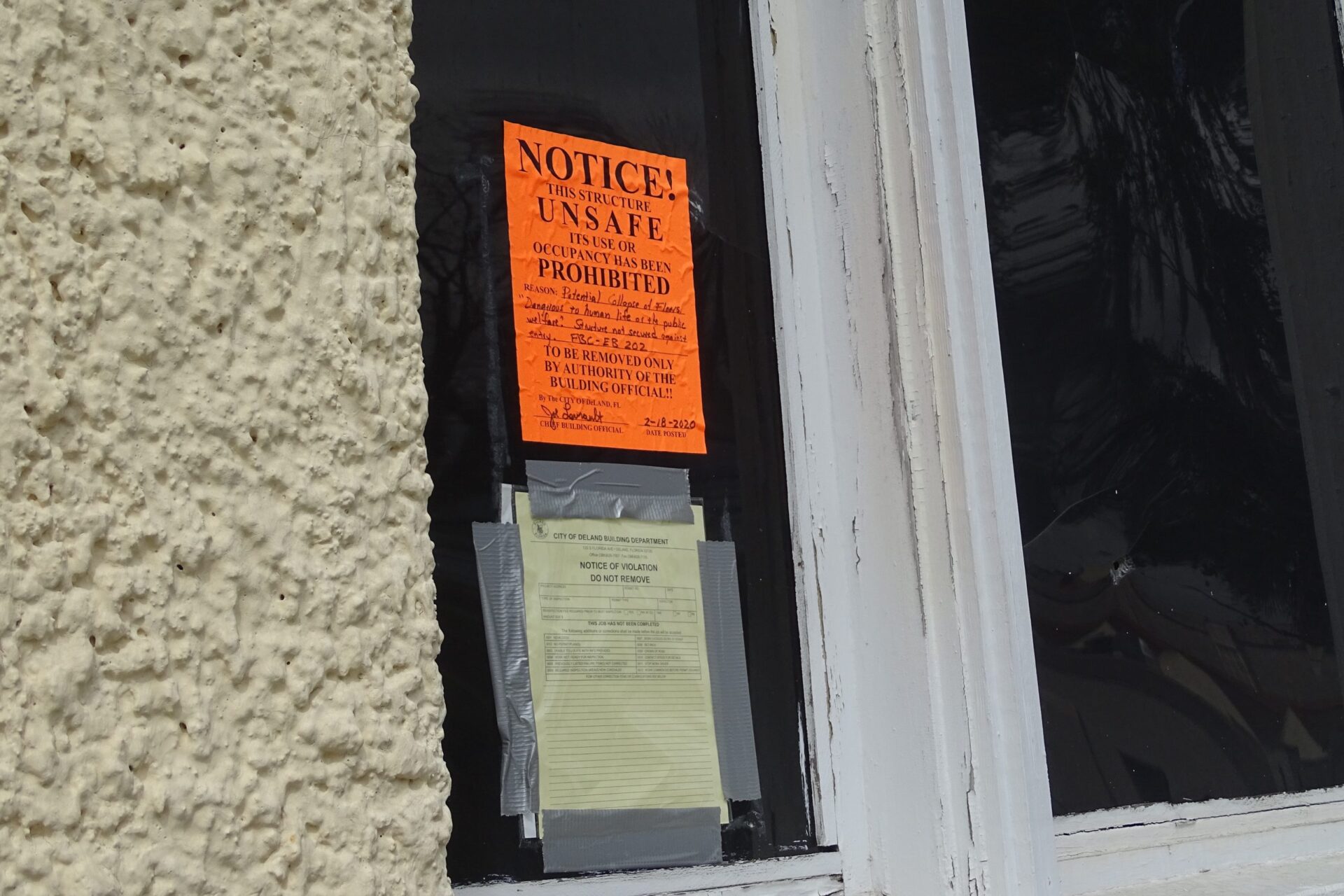 The redevelopment of a long-neglected part of Downtown DeLand has hit further snags, with a city official accusing a contractor working on the Hotel Putnam of “shoddy work” recently.

The hotel’s owner, Mohamed Rashad, who purchased the hotel in March 2018, remains determined to complete the project, which would see the 1923 hotel turned into 60-plus apartment units.

In a Feb. 18 letter from DeLand Chief Building Official Joe Levrault to Rashad, Levrault informed Rashad that he was issuing a stop-work order on the hotel, to stop work that was “taking place to repair the large openings in the concrete floor throughout the structure.”

Levrault said he had informed Rashad and his architect that detailed plans and a permit would be required for the concrete work, but he said no plans were submitted and no permit was pulled.

The letter goes on to say that Levrault posted an “unsafe structure” notice on the hotel, meaning no one can enter the property except to board up the first-floor window openings and fire-escape entrances.

“The fact that this shoddy work was conducted with no approved plans and obviously performed by a worker with no professional supervision has created an alarming situation where the structural integrity of the repairs is questionable,” Levrault wrote.

Vandalism and trespassing have been chronic problems at the Putnam, something Rashad has acknowledged is a frustration. Vandals gained access to the structure and destroyed some newly installed windows.

“It is clear to see that people have gained entry to the structure by the amount of graffiti that is all over the walls on every floor,” Levrault’s letter reads. “There is also a YouTube video online of people walking through the building at night.”

Ultimately, Levrault said, no further work will be allowed to be done on the Putnam until the city receives a full structural analysis of the building.

“This analysis shall include the top floor framing and roof repairs, the repairs to the floors, and the overall structural integrity of the whole structure,” he wrote.

Rashad said the holes were created when workers had to remove old pipework in the building’s innards.

While frustrated by what he sees as unnecessary hurdles put up by the city on everything from window replacements to water billing and, now, the holes in the concrete, Rashad said he remains undeterred.

“Basically, this is not a sprint, this is a marathon,” he said. “Every time they come up with a hurdle, I pretty much just make them happy.”

To resolve the current issue, Rashad said he’s found a credentialed structural engineer. As of early March, he said the engineer was set to have a walk-through of the building with Levrault, but that it has been delayed due to the ongoing coronavirus outbreak.

Rashad said a structural engineer had determined the building was safe about a year and a half ago, and that little work that would impact the building’s safety has been done since.

He continues to be frustrated by vandals, however, and said the city’s response has been less than helpful.

Rashad recalled a recent incident where someone spray-painted Nazi-influenced graffiti on the building, and he said the city seemed more concerned about the graffiti than people getting into the building and destroying property.

Still, despite the problems, Rashad has acquired five other residential properties in DeLand since purchasing the Putnam. He remains determined.

“I know what the work is going to entail and everything,” he said. “It’s going to be a beautiful building when it’s done, I have no doubt.”

“We remain optimistic that the renovation work will get back on track and that the project will be completed and add to the vitality of our Downtown,” he said.