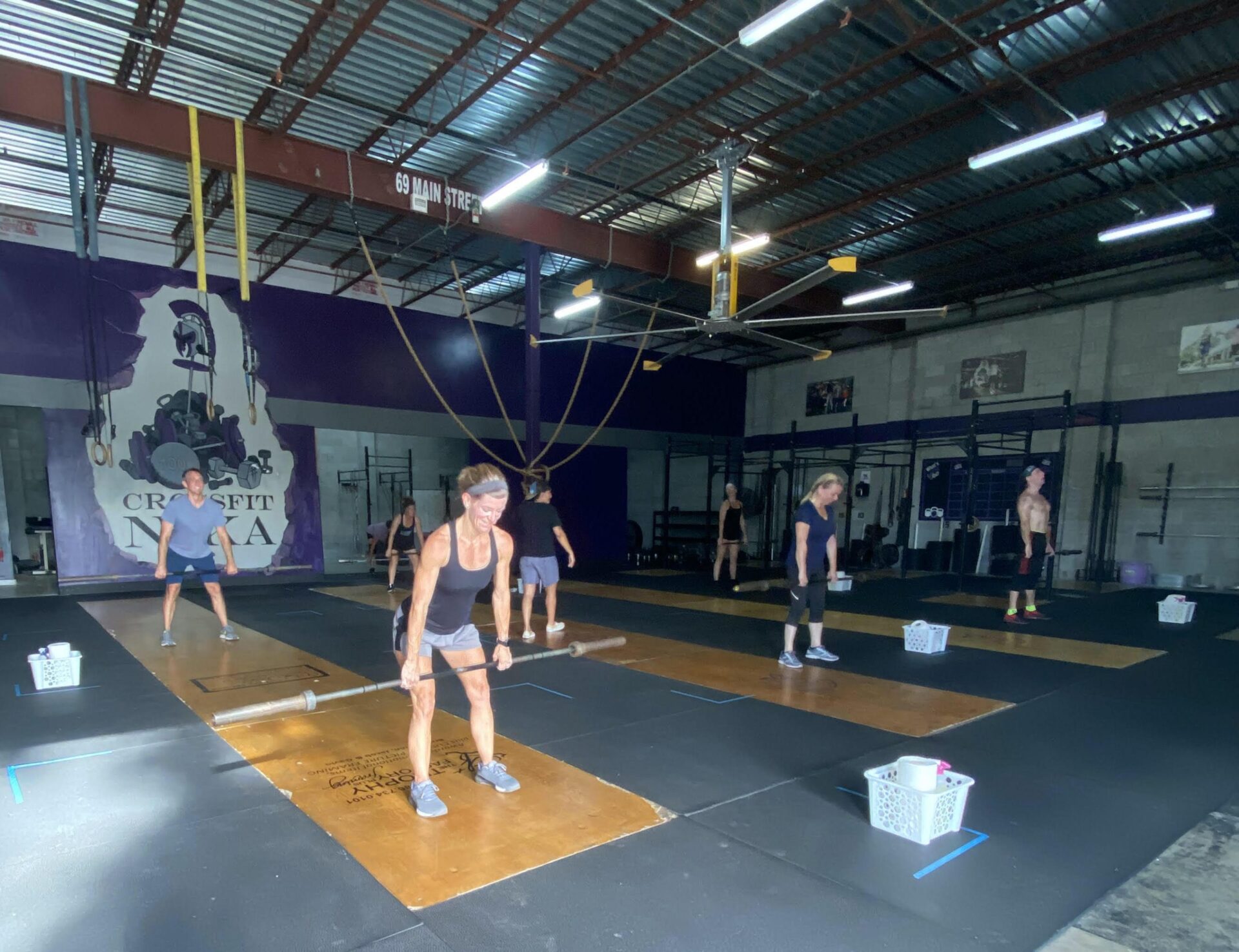 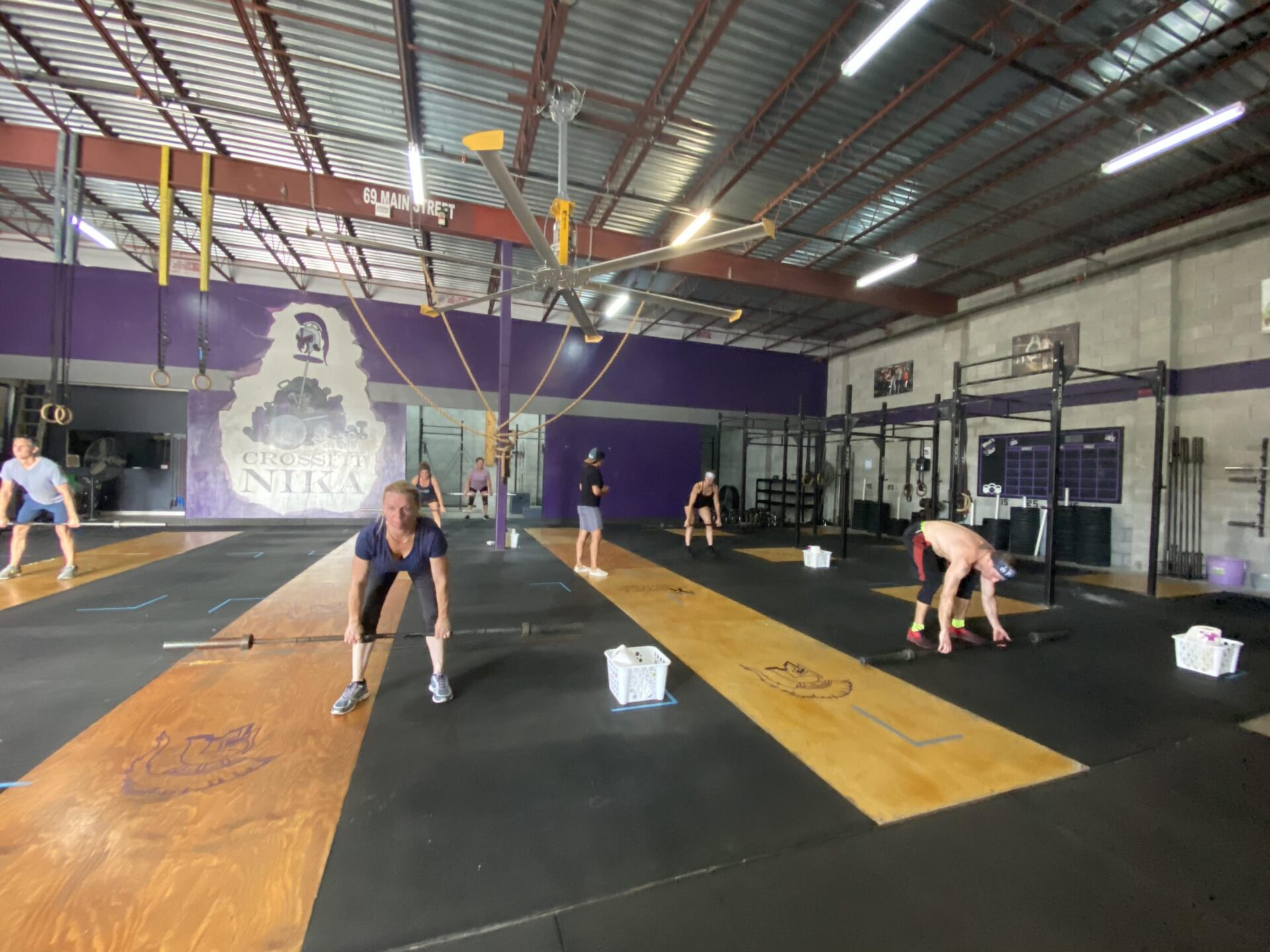 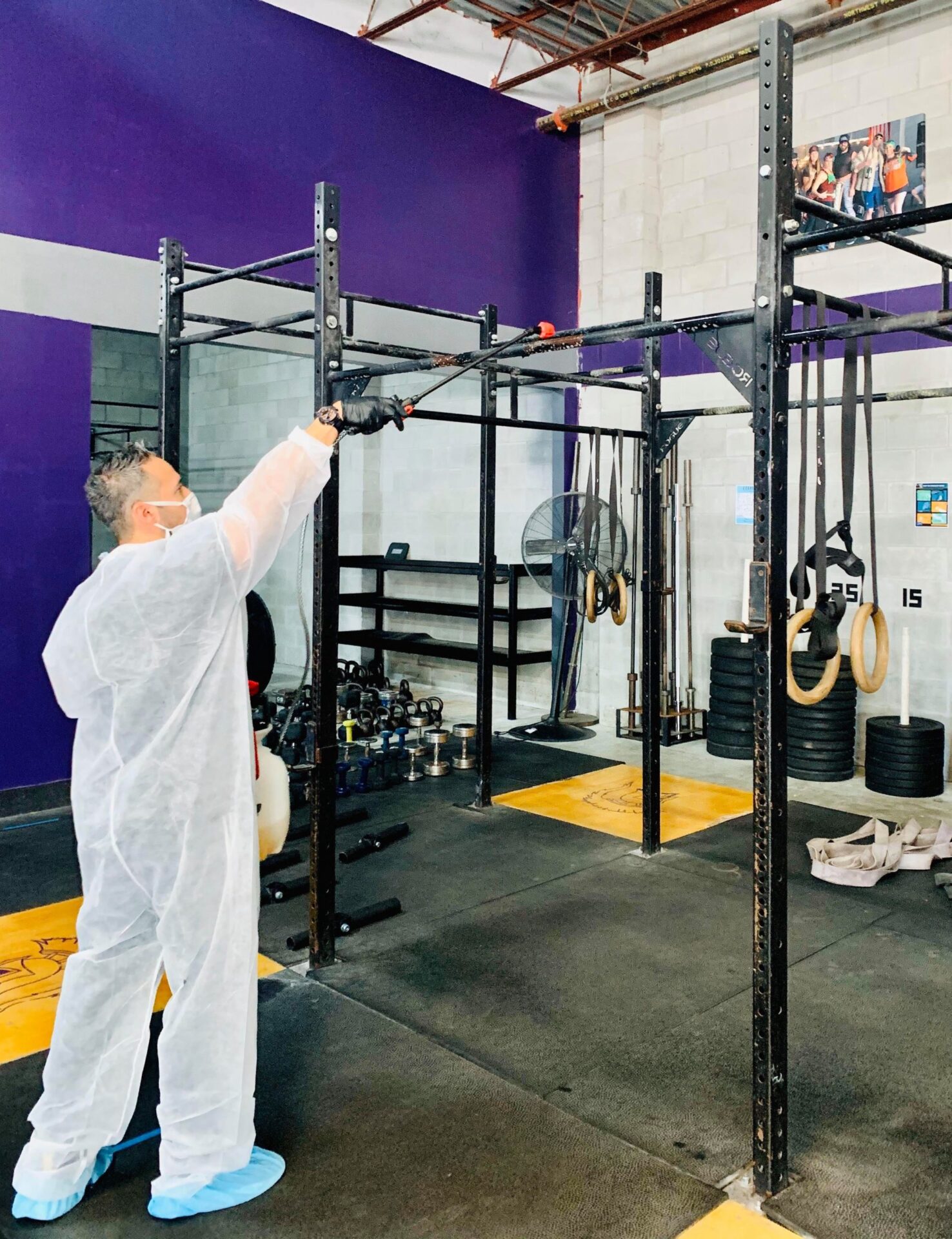 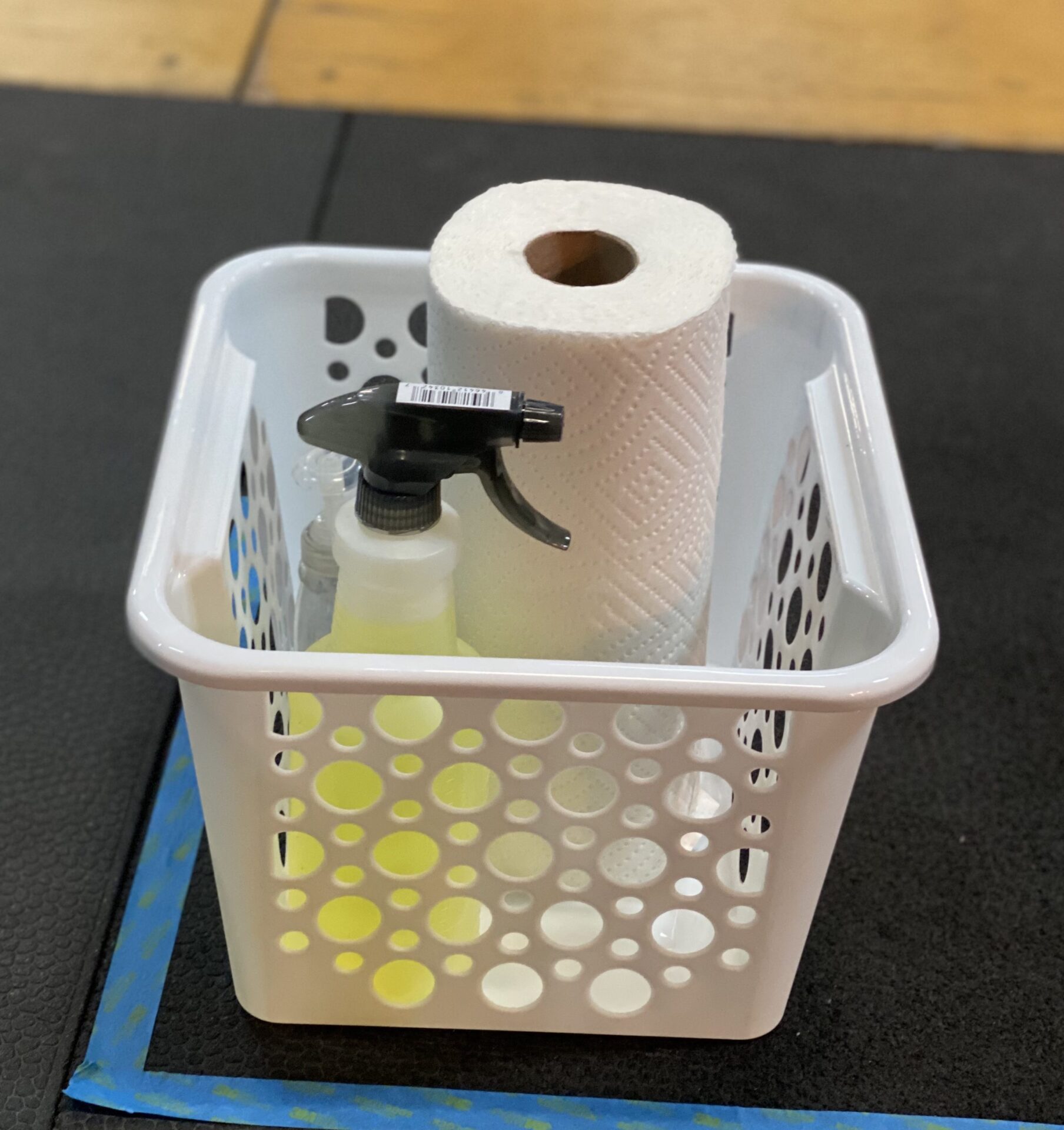 When Gov. Ron DeSantis announced May 15 that gyms and similar facilities could reopen, the owners of CrossFit NIKA wasted no time in getting ready to do just that.

Co-owners Ashley Andrews and Kara Haun immediately hired Diamond Cleaning and Maintenance LLC to come in over the weekend and intensively disinfect all the equipment, bathrooms and anything else that can be touched at the 4,000-square-foot gym at 811 W. New York Ave. in DeLand.

Equipment that had been lent to clients for at-home workouts was retrieved. The gym’s floor was marked off to provide 10-foot-square workout spaces. Plastic baskets, each containing a roll of paper towels and a spray bottle of Zep-DZ disinfectant, were placed in each location.

And May 18, just a scant three days after the governor’s announcement, CrossFit NIKA — NIKA means “conquer” in Greek, in honor of Haun’s heritage — held its first classes inside the gym.

“We are so excited,” Andrews said, shortly after hearing the governor’s announcement.

A few changes are being made, Andrews said. Class sizes are being limited to eight “CrossFitters”and one instructor, and the students are urged to disinfect the equipment when they’re done using it. The gym also is disinfected thoroughly between classes.

Like many businesses, CrossFit NIKA had been limping along during the shutdown. Training was offered online, which allowed Andrews and Haun to keep their employees, albeit at about half-pay. But it just was not possible to pay the trainers and coaches their full salaries without being able to host classes on-site, Andrews said.

“We need to support them, too,” she said before the governor’s announcement.

Andrews was frustrated that other kinds of hands-on businesses had been allowed to reopen, but not gyms. So the reopening was eagerly anticipated, not just by the two owners and their staff but also by their approximately 120-member clientele, she said.

“We did a survey a couple of weeks ago, and about 50 percent were ready to come back, about 25 percent would stay online, and about 25 percent wanted to do a combination of both,” Andrews said after the reopening announcement. “Now, we can hold workouts inside and outside. We want everyone to feel comfortable.”

For more information, go to crossfitnika.com.