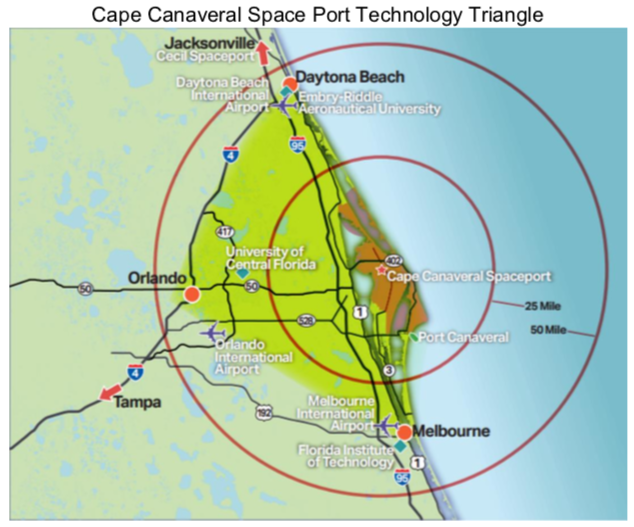 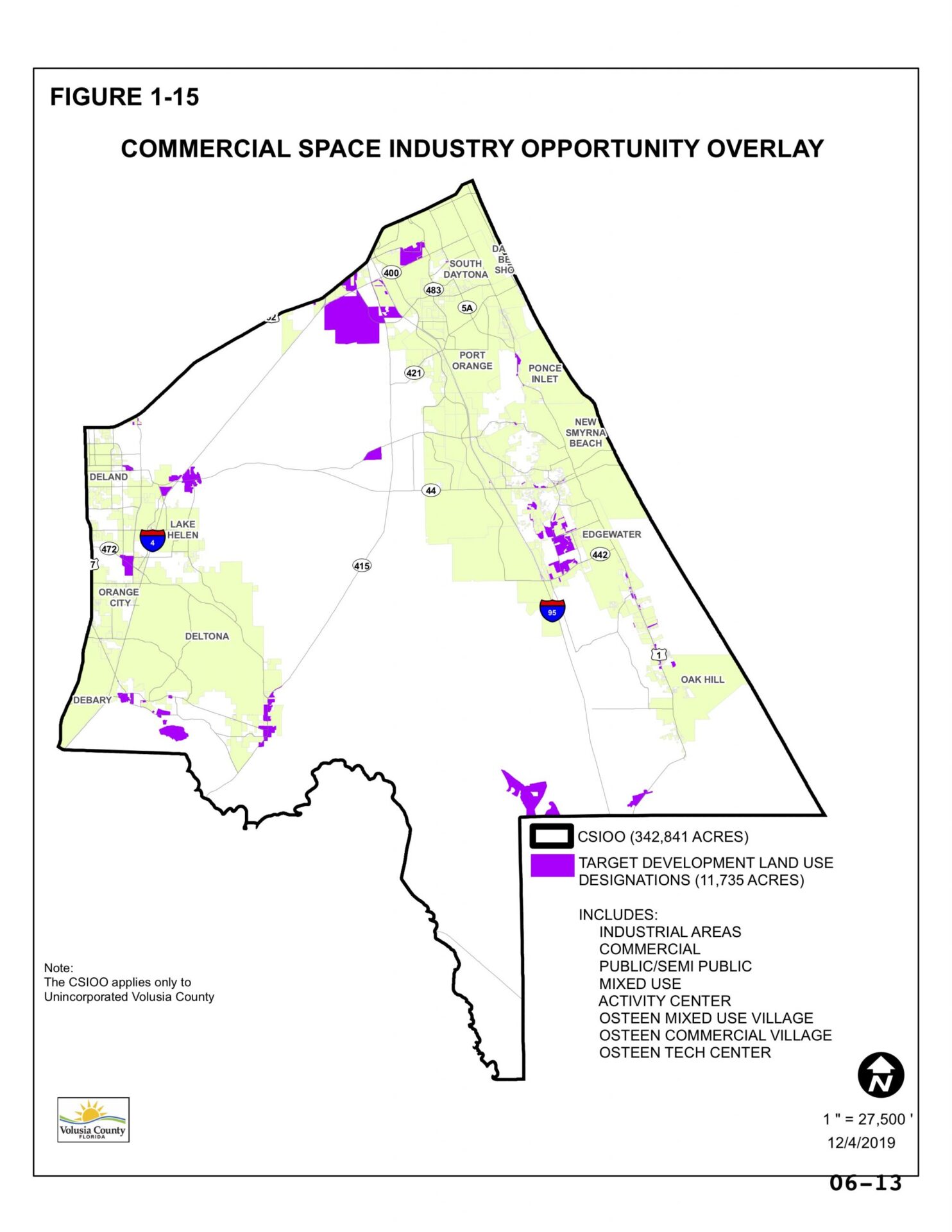 There is a new space race on, and Volusia County is joining the fierce competition with other places in Florida and the U.S. to design and manufacture the missiles, spacecraft and satellites of the future.

The move comes just days after a SpaceX rocket put two American astronauts in space after a nine-year hiatus of U.S. manned launches, following the end of the space shuttle program.

The Volusia County Council voted unanimously June 2 to create a new land-use designation for private aerospace companies wishing to locate close to Cape Canaveral and bring the high-tech jobs that business and civic leaders covet for their constituents.

Without a dissenting vote, the council agreed to amend the county’s growth-management plan, also known as the comprehensive plan, to designate certain parcels in the unincorporated areas in the southern half of the county for the cutting-edge industries.

The goals of the decision are to create employment opportunities for local workers, especially the young, and to expand the tax base to lessen the burden on homesteaders.

“I was born and raised in Volusia County, and this is the best opportunity,” Council Member Ben Johnson said, adding, “clean industry is what we’re looking for.”

The actual term for the new land use is the Commercial Space Industry Opportunity Overlay District. The general area of the special zone covers 342,841 acres, but the land-use designations now apply to 11,735 acres.

Those parcels are scattered. A few border DeLand, while some are next to Deltona, notably in Osteen. Still others are adjacent to or close to Oak Hill and other coastal cities.

“The proposal for this overlay brings economic benefits for Volusia County,” state Sen. Tom Wright, R-Port Orange, told the council. “It’s important to the future of Florida that we keep our young men and women here.”

Wright said several states are now seeking a piece of the space-exploration supply-chain business — “even Hawaii,” he said.

The new era of space flight and satellites has created a need for “300,000 to 400,000 people just for the space industry,” Wright added. Wright chairs the Florida House Committee on the Military, Veterans and Space.

Joining the County Council meeting by phone from Washington, U.S. Rep. Michael Waltz, who represents District 6 which contains Volusia County, said the private aerospace companies coming to Volusia County may also be involved in NASA and military programs and projects, including the activities of the newly created Space Force.

“I think the real attraction for Volusia County is its human capital,” Waltz added.

“The new space economy is going to happen,” he continued. “I would love to see Volusia County attract … those high-paying jobs.”

Although some of the properties that may be ideal sites for new aerospace plants are in the sparsely populated center of the county, Ervin said the change in the growth-management plan is “not necessarily opening up conservation lands” for development.

Some of the parcels are close to conservation lands, while others are close to the 50,000-acre-plus Farmton, a massive mixed-use development — part of which is in Brevard County — whose build-out will take several years.

The new amendment calls for an aerospace firm looking to set up shop in the special area to become a planned-unit development that may be given an “expedited review process.” One requirement for a company in the overlay area is for it to be connected to centralized water and sewer, once those utilities become available.

As for the county government, the ordinance requires officials to “ensure that potential impacts to the environmental resources are minimized.”

The county also “shall coordinate with local municipalities to ensure that sufficient and affordable workforce housing” is available, according to the new policy. In addition, Votran “will provide sufficient transit service to employees of the targeted industry.”

“It’s about economic development, and it’s about jobs,” Council Member Deborah Denys said. “It’s not government-driven. It’s market-driven. … We get out of the way, and let the market take over.”

Not everyone was enthused about the ordinance. Council members received emails from constituents who objected to the county’s space-industry initiative.

“There are a lot of promises of fast tracked [sic] infrastructure in this ordinance. We are told there is already a dearth of those dollars available,” Jeff Brower, of DeLeon Springs, wrote.

Brower is a candidate for Volusia County chair.

Port Orange resident Kristine Cunningham, who identifies herself as the conservation chair of the Sierra Club Volusia-Flagler, also went on record objecting to the change.

“If we start interrupting the natural flow of the wetlands by building new towns, … we won’t be able to mitigate our way to clean water. You can’t replace nature with man-made wetlands,” she wrote to the County Council.

After the council approved the ordinance to encourage aerospace companies to come to Volusia County, Denys urged supporters of the concept to “go back and take it to your cities, and create your own overlay zones.”