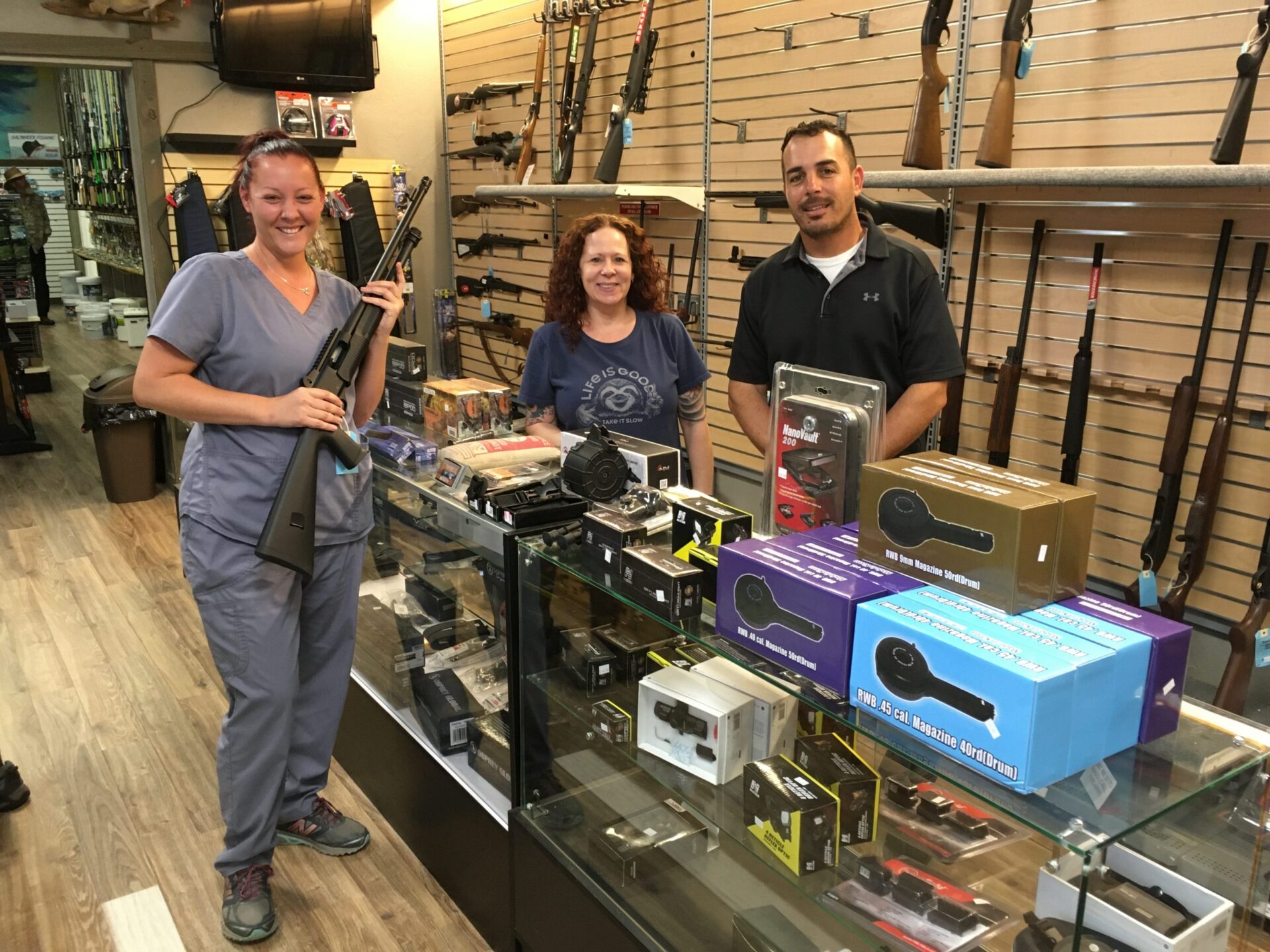 While some businesses remain shuttered and many people are still out of work, gun stores are seeing a boom in business as of late.

Against the backdrop of the coronavirus pandemic, a new wave of urban violence following the death of George Floyd in Minneapolis and a looming election in which gun ownership is a hot issue are keeping the firearms dealers and their suppliers scrambling to meet the demand from longtime and new gun owners.

“Definitely busier, and everybody wants AR-15s, and they want ammo for their weapons,” Wendy Fox, co-owner of Steel Fox Firearms in DeLand, said during a brief lull between phone calls. “We probably had 40 calls on Saturday, and sold it all [ammunition] that day. Everybody wants ammo.”

When The Beacon dropped in at Steel Fox Firearms, about six customers were inside the store, eyeing guns under the glass cases and on the partly barren racks on the walls.

The midafternoon traffic included women interested in shooting sports and personal protection. As one or two customers made their purchases and left the business, one or two more shoppers entered.

Fox said her suppliers are having difficulty getting enough of the popular AR-15 semi-automatic rifles, which typically sell for about $600. It is a nationwide phenomenon, as the supply chain cannot keep up with the surging demand for the guns.

“Even the big stores — they’re out of a lot of stuff,” Pete Ferrentino, another co-owner of Steel Fox, said.

Ferrentino added gun sales were quite strong well before the latest round of peaceful protests and sporadic urban violence that began after Floyd’s death on Memorial Day.

“Now, with all this going down, everyone sees it on the news, and they want to protect themselves,” he said.

Steel Fox also logged an increase in business during the height of the pandemic lockdown and the stay-at-home period. Fox said people who were out of work took up fishing to combat the boredom.

“Our fishing sales went up at least 100 percent,” she noted.

A large section of the store is well-stocked with fishing rods, reels, lures, tackle boxes and nets.

In any case, Fox and Ferrentino said they expect to remain busy, as many West Volusians stock up on guns and ammunition for target shooting, home protection, or in case the government bans the sales of weapons in the future.