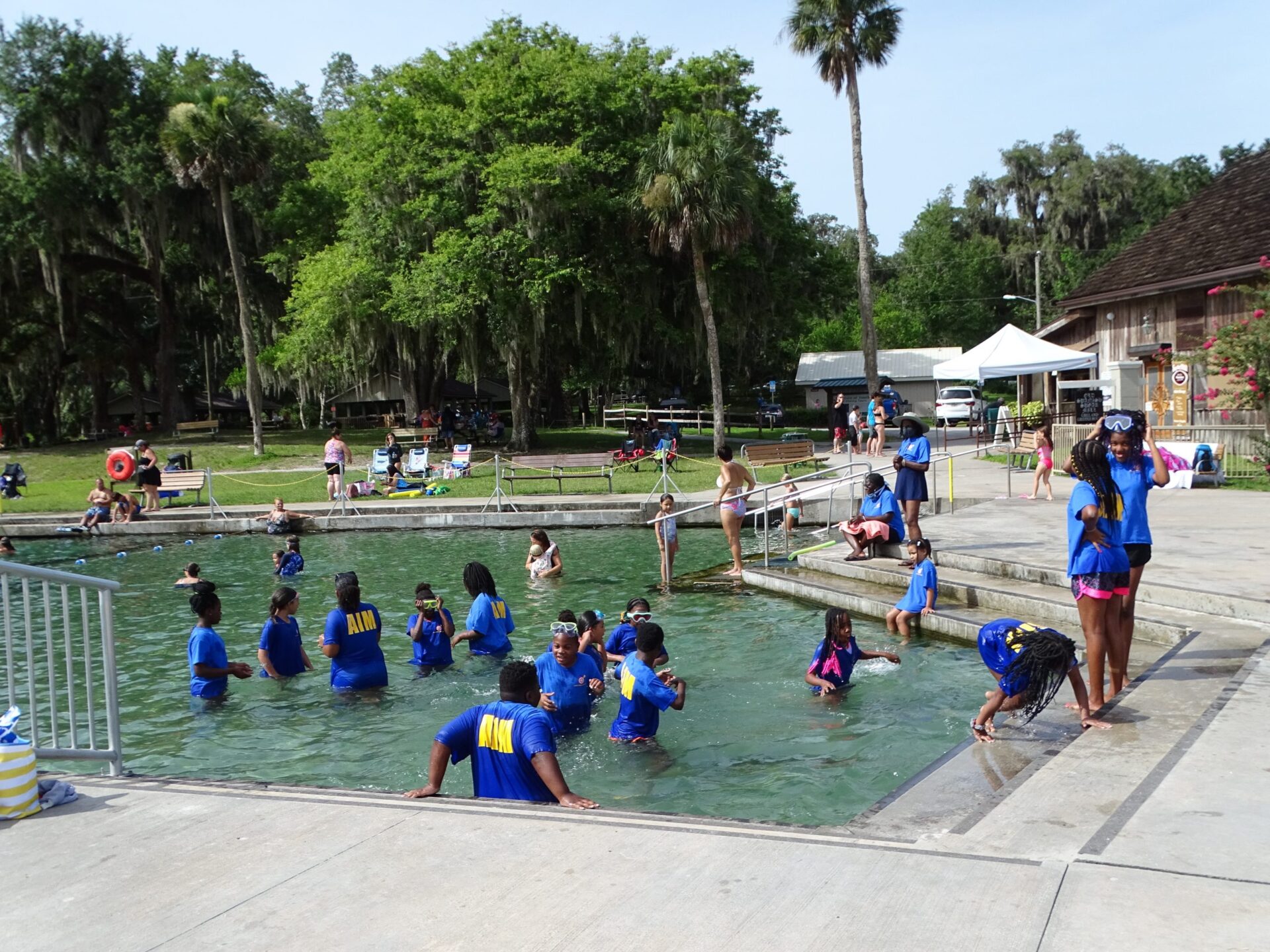 Maybe you’ve noticed lately that you’ve been coming home with your clothes soaked in sweat. Or, perhaps, your air-conditioning unit recently went kaput from overuse.

One way or another, everyone in West Volusia has become keenly aware of one thing: It’s hot — even by Florida standards.

The area has been experiencing daily high temperatures at and above 95 degrees for just over a week as of June 30, according to National Weather Service data.

Climatology data for the NWS station at Sanford — the closest to West Volusia that tracks climate data over long periods of time — has shown a string of temperatures as high as 98 degrees, stretching back to June 21.

Even Daytona Beach, with its proximity to cooling ocean breezes, has flirted with and exceeded the 95-degree mark over the same period.

The temperatures have been consistently 4 to 6 degrees above normal for this time of year.

Making matters worse, rain has been relatively scarce in recent days. The NWS station at Daytona Beach recorded only 0.37 inches of rain June 23-30, while the Sanford station did little better with 0.81 inches.

Dry, stable air has put a damper on the formation of afternoon thunderstorms that Floridians have come to rely on as relief from the state’s oppressive daytime temperatures and humidity.

The stable air has also allowed some to notice hazier skies around Florida and the Gulf of Mexico region, as a cloud of Saharan dust recently made its way across the Atlantic Ocean.

“We’ve had an area of high pressure that’s been parked over the state for the past four to five days,” said John Pendergrast, a forecaster with the National Weather Service office in Melbourne. “That pattern’s going to be kind of easing as we go through the course of this week.”

Pendergrast said temperatures should return to more seasonal values — upper 80s near the coast and lower 90s inland — in the coming days.

“Higher rain chances, and lower temperatures,” he said, describing the effect of the new weather pattern.

The high-pressure system responsible for the heat will now be centered over South Florida, something that can increase rain chances in our area, according to Pendergrast.

Temperatures the weekend of July 4-5 are expected to be more seasonal, with highs in the low 90s on Independence Day and on Sunday. Rain chances, however, might put a damper on any fireworks, with the chance of precipitation at 70 percent Saturday and 80 percent Sunday.

The overnight hours will also provide some relief from the heat, with low temperatures around 74 both days.

For now, though, the heat is giving air-conditioning units around the area an extra workout, resulting in a lot of calls for folks like Earl Jacobs of ARA Mechanical, a heating-and-cooling company.

Sometimes, Jacobs finds an overworked air-conditioning unit having problems. But sometimes it’s not the air conditioner at all, he said.

“Most people think something is wrong with their AC, but then I get there and I realize it’s not the air conditioner,” Jacobs said. “Maybe the insulation in the attic is not sufficient; maybe the windows are not sufficient, and so as a result, the air conditioner’s running and it’s starting, but it’s doing its max, and there’s nothing else it can do.”

Jacobs said his firm uses a thermal-imaging camera to detect hot spots that are reducing an AC unit’s ability to keep up. Other problems can involve the coils inside an air-conditioning unit.

Dirty filters can also cause similar issues, causing units to fail prematurely as a unit struggles to take in air, making its compressor work harder than usual.