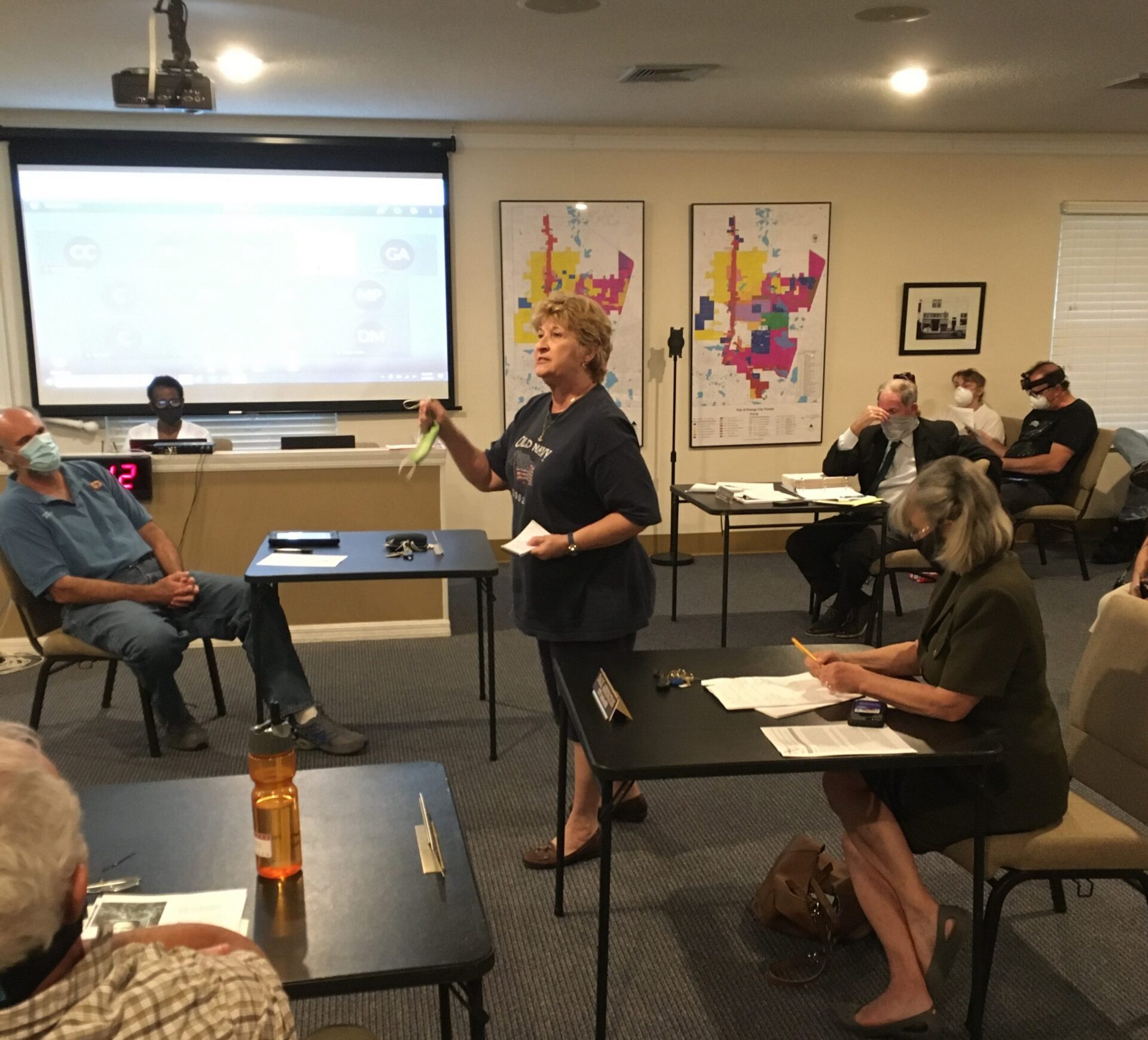 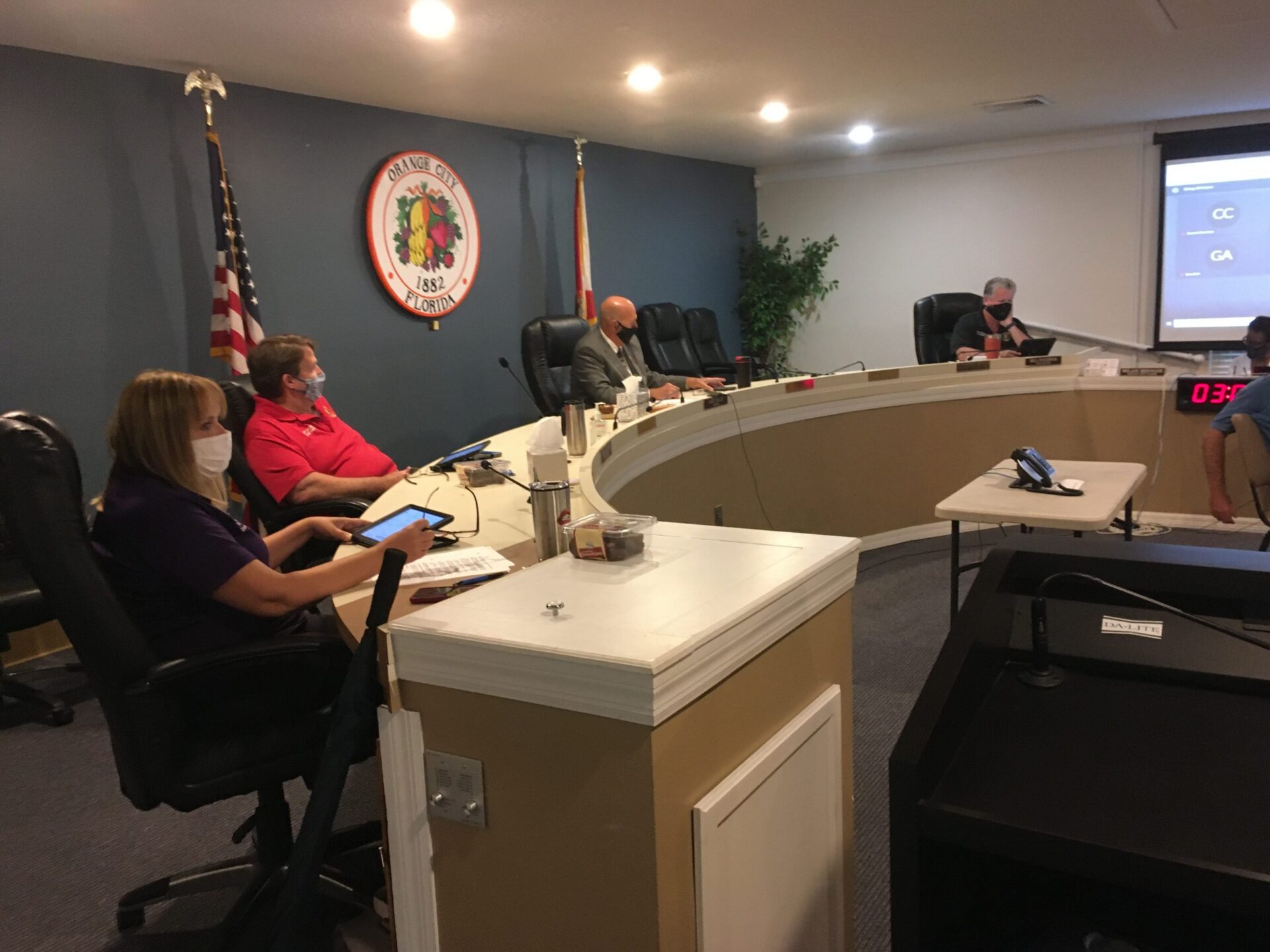 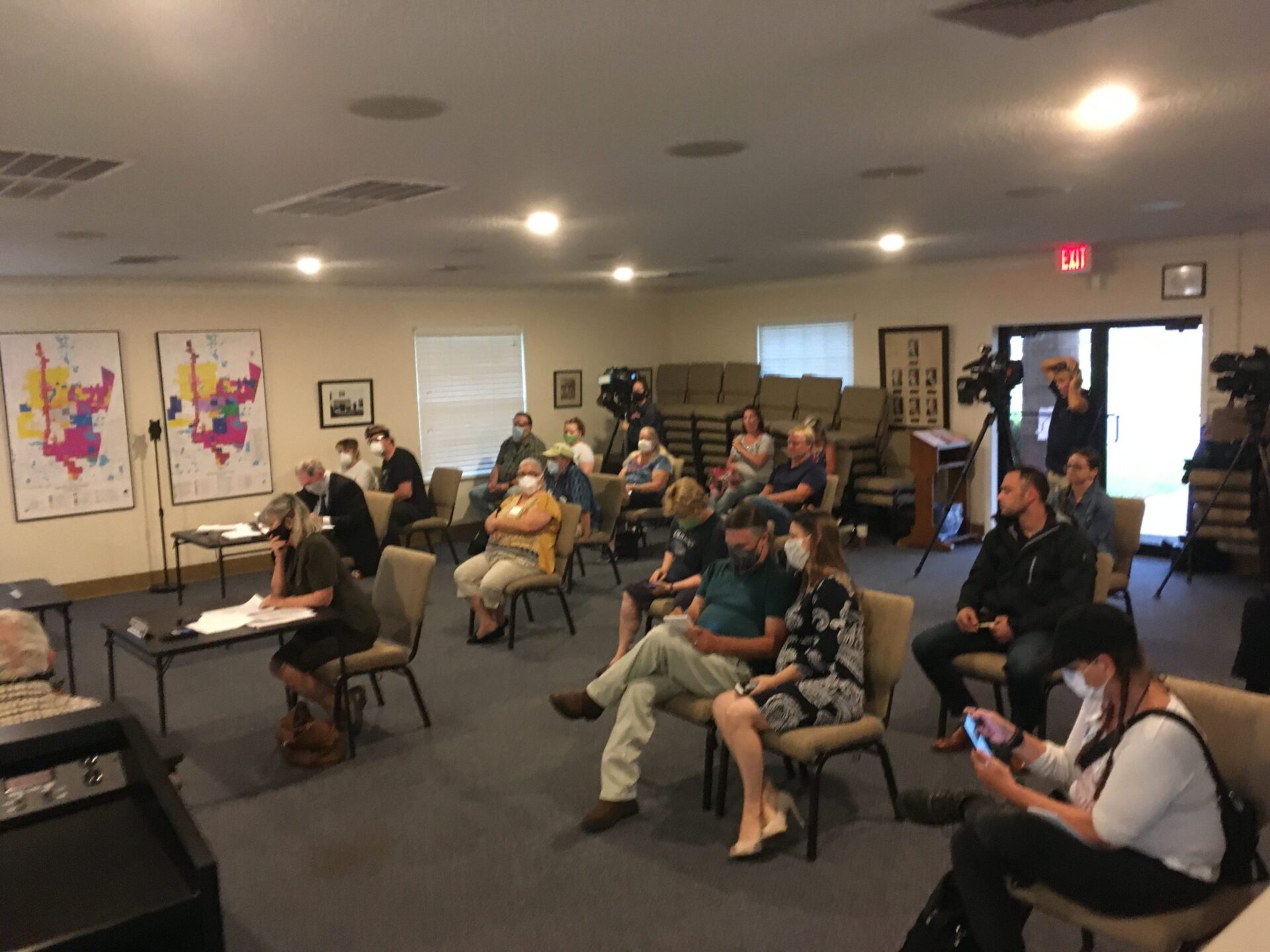 For the next 60 days, people going into stores, restaurants, banks, and other businesses — even churches — in Orange City will be required to wear masks or face fines.

After more than three hours of pro and con, back and forth, yes and no, the City Council on July 6 enacted the emergency ordinance compelling anyone entering a business inside Orange City’s boundaries to don a mask as a precaution against spreading the coronavirus.

“Our job here is to protect our citizens,” Mayor Gary Blair said.

Blair told everyone in the council chamber he had called the special meeting because higher powers had not acted more aggressively.

“I’m very disheartened by the lack of action by the Volusia County Council and the state,” he said, adding he wants to halt the spread of the illness and head off The economic problems resulting from the disease. “Otherwise, we’re heading for a shutdown, and nobody wants to see that.”

Orange City’s emergency ordinance, similar to DeLand’s, requires most people entering retail businesses, and also churches, to wear masks that cover the nose and mouth. Violators may be issued civil citations requiring them to pay a fine. The penalty is $25 for the first violation, $50 for the second, and $100 for the third and subsequent infractions.

“If we don’t take some action, this could go on forever,” Council Member Martin Harper said, in support of the measure.

The ordinance provides exemptions for children under 2 years of age and people with breathing problems.

When council members asked about enforcement, Orange City Police Chief Peter Thomas replied, “I think this is more of an educational ordinance.”

The chief said no proof will be required of medical conditions that would prevent a person from wearing a mask.

“I had a business tell me today they are not going to require anyone to wear a mask in their store,” Vice Mayor Bill O’Connor said.

While the support for a mask mandate was strong on the part of the City Council and the audience, there was some opposition.

“Do you know how difficult it is to breathe in one of these?” Fran Darms asked the council.

“The mask does not stop the transmission [of the virus],” Mason White told the council.

“To wear masks in our worship means another lockdown,” he said. “In our worship, we sing and have a choir.”

Siers said his congregation has taken other steps to avoid spreading the disease.

“We have not passed our offering plate,” he said.

“I would like to see a religious exemption,” Council Member Jim Mahoney said.

The City Council agreed to allow leeway in masking in places of worship, and agreed that, as long as the congregation is practicing social-distancing, masks would not be required when the choir and congregation are singing.

Orange City thus joins DeLand and Seminole County In requiring masks to be worn inside public places. Volusia County officials have called for voluntary use of masks through at least Aug. 2.

Deltona will consider a mask ordinance at a special meeting today, July 7, at 5:30 p.m. at Deltona City Hall, 2345 Providence Blvd.