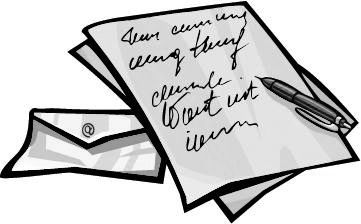 We wish to share our thoughts regarding the upcoming Aug. 18 primary election.

One of the quandaries is the creation of the new elected office of tax collector under Amendment 10.

First, a little history. Readers will remember that in 2018 the Constitution Revision Commission placed a misleading, bundled multi-subject amendment on the November ballot.

The language is worth quoting: “Requires legislature to retain department of veterans’ affairs. Ensures election of sheriffs, property appraisers, supervisors of elections, tax collectors, and clerks of court in all counties; removes county charters’ ability to abolish, change term, transfer duties, or eliminate election of these offices.

“Changes annual legislative session commencement date in even-numbered years from March to January; removes legislature’s authorization to fix another date. Creates office of domestic security and counterterrorism within the department of law enforcement.”

The county-government change was hidden artfully amid other innocuous subjects — including unnecessary protection for veterans’ affairs — which explains the statewide approval of the amendment.

It wiped out much of the home-rule democracy that had been granted in Article 8 of Florida’s reform Constitution of 1968.

Why was this ballot allowed to have such confusing language? Because the Constitution Revision Commission had the highest constitutional authority, the Florida Supreme Court could not prevent inclusion of the multi-subject provisions of Amendment 10 as it does in all other proposed amendments presented to the voters for their approval.

Our lawsuit is currently in the 1st District Court in Tallahassee. The case was argued on Oct. 3, 2019, but there has been no decision.

Because the language of the amendment was not vetted carefully, there are several legal arguments that may lead the court to rule in favor of the County Council’s position. Who knows?

In the meantime, electing a tax collector is on the upcoming ballot, and vote-by-mail ballots are already being cast.

All voters can participate in this election, because it is a “universal primary contest.”

Between the two candidates, Will Roberts is clearly the more qualified to serve if the office, in fact, is created.

Roberts has served in the county revenue department for more than seven years and has completed higher education and certification in the field of tax collection.

Roberts is committed to continuing to use the consolidated services of the charter government, which will reduce the burden on the taxpayer.

Not only is Roberts the best qualified as a professional and a leader, but he also reflects the character and personality qualities we seek in our elected officials.

The Office of Tax Collector is a scary one, since the statutes grant the person elected so much discretion in how the funds collected are spent. For evidence of the risk, we have only to look south at the case of the recently ousted Seminole County tax collector.