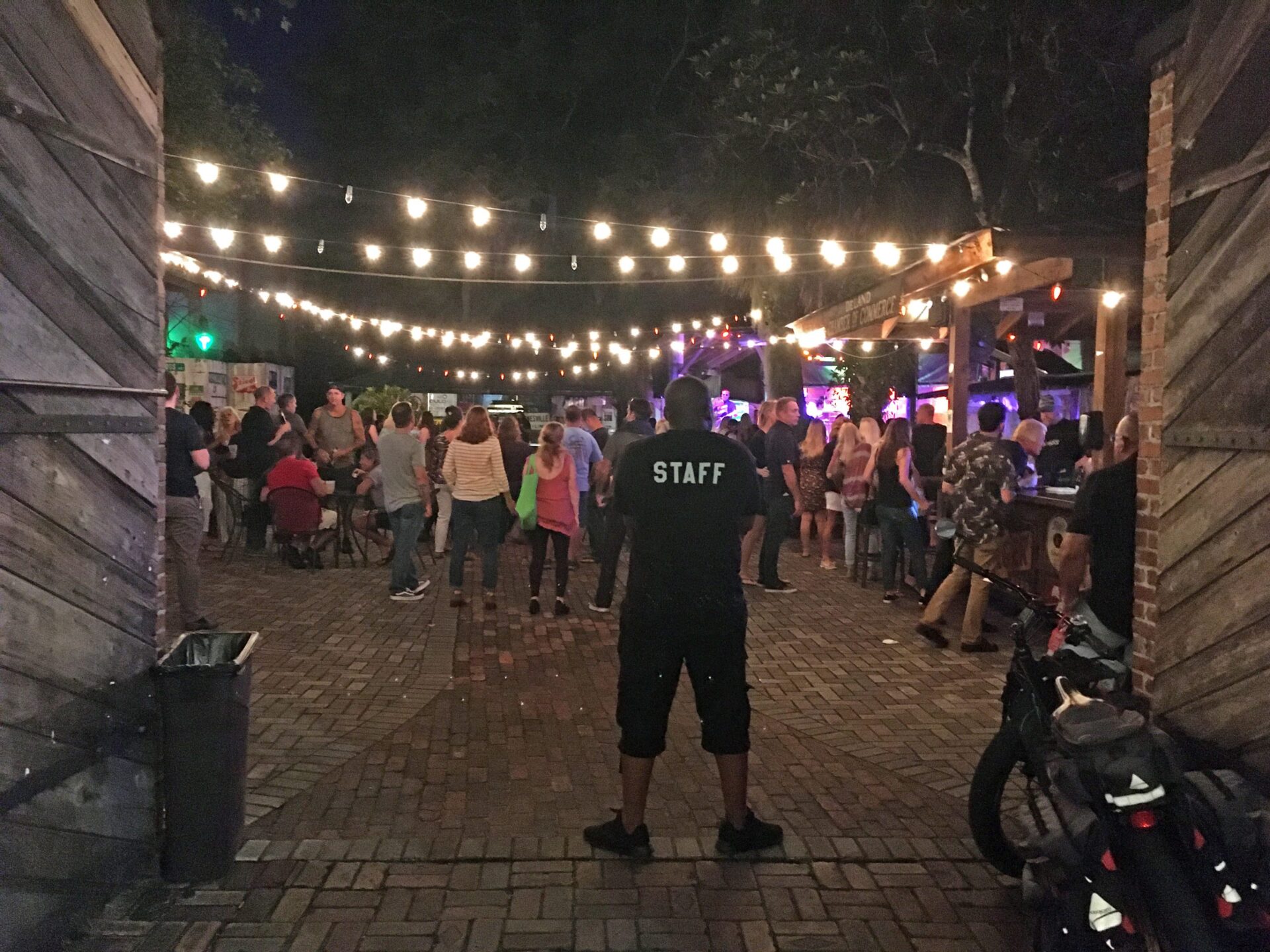 DeLand city officials are working with Downtown merchants to expand outdoor restaurant seating into the streets, and to allow people to walk around with alcoholic beverages in the central business district on weekend evenings.

The DeLand City Commission gave its preliminary blessing to a program that would see a couple of streets closed on Friday and Saturday evenings, where restaurants could place tables for additional outdoor seating.

Additionally, city leaders are working with merchants to develop a program where people could walk around Downtown DeLand with alcoholic beverages without fear of being cited for open-container violations.

The new efforts are the brainchild of a group of merchants represented at Monday’s DeLand City Commission meeting by Bill Budzinski of The Elusive Grape and Melisa Reed of The Table, Cafe DaVinci and other businesses owned by her and her husband, Dan Reed.

If ultimately passed into law, West Georgia Avenue and East Indiana Avenue would be closed 5-10 p.m. on Saturdays as well as Fridays, and used for table space.

West Indiana Avenue would be left open for traffic and parking, but the wide sidewalks on both sides of the street may be used for dining space.

City officials may also allow people to walk around the central business district with alcoholic beverages purchased in Downtown DeLand.

If ultimately approved, people would be allowed to walk around the entirety of the Downtown DeLand district — from Voorhis Avenue north to Ohio Avenue and Clara Avenue to Amelia Avenue — while drinking an alcoholic beverage from a specific, sealed cup, to be developed collectively by the Downtown merchants.

The official blessing to walk around with an alcoholic beverage would also apply Friday and Saturday evenings from 5-10 p.m.

The changes are not yet in effect. At its Aug. 4 meeting, the DeLand City Commission directed city staff to develop a policy along the stated lines, which would be voted on at a future meeting of the City Commission.