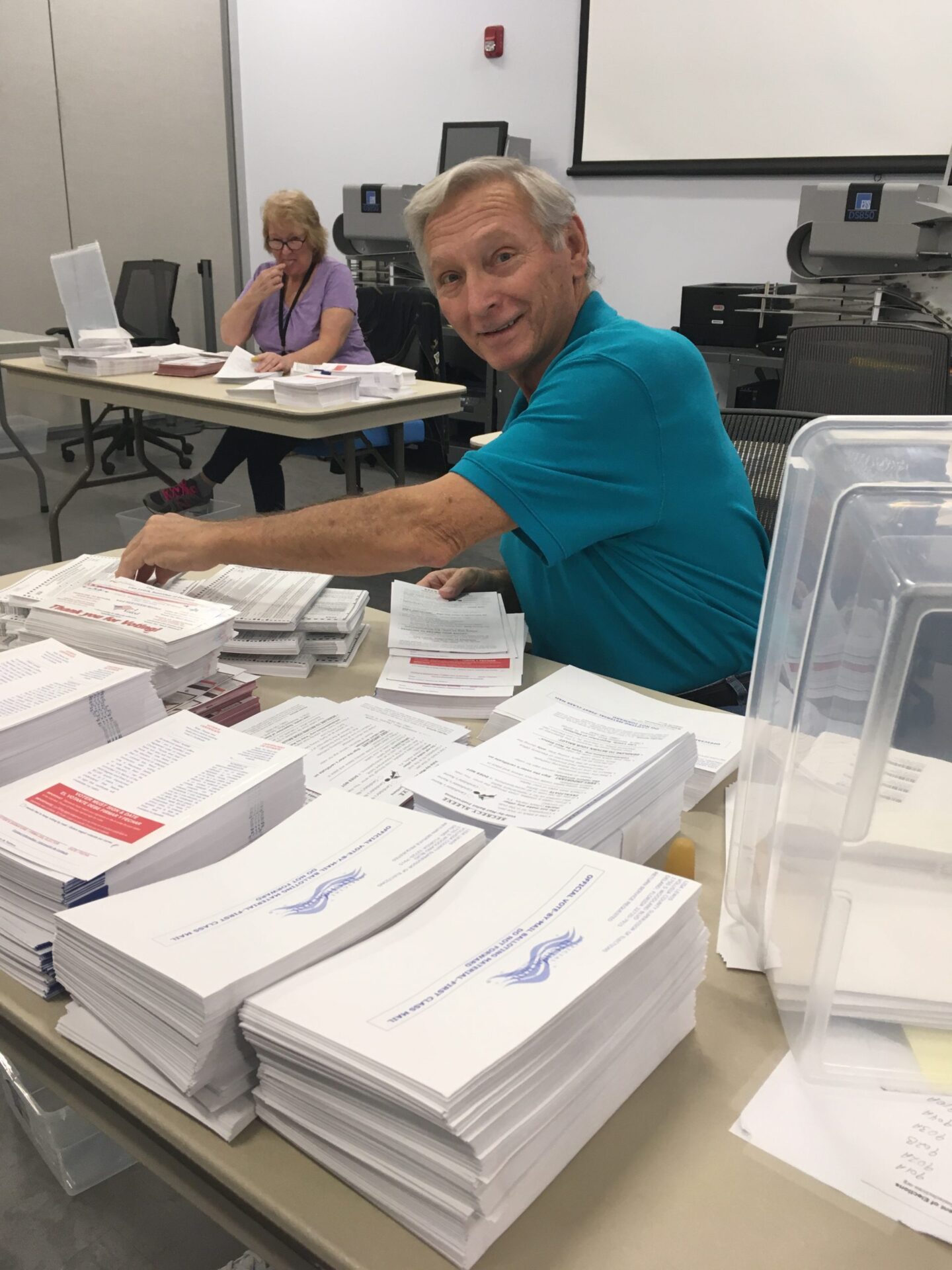 Volusia County’s presidential election is set to occur in the final month of hurricane season, during a worldwide pandemic, with partisan divisiveness electrifying the atmosphere — and the current president not confirming that he will accept the results if he doesn’t win.

Now the local vote faces another potential pitfall: the glue.

Many of the earliest voters, hundreds of people who are already filling out and delivering their ballots, have been baffled by two thin strips of glue designed to hold the flap that seals the mail-in-ballot envelope.

In short, the glue isn’t sticky. It won’t get sticky unless you moisten it.

The need to dampen the glue (dare we say “lick” in the midst of a pandemic?) has confused many voters. In the recent primary, the mail-ballot envelopes had peel-and-stick closures.

Why did we switch?

As of Sept. 28, the Volusia County Elections Office already had requests for 150,000 mail ballots for the general election, with more requests pouring in every day.

Knowing that three-quarters of voters in the primary cast their ballots by mail, Elections Supervisor Lisa Lewis needed to stock up well and timely to prepare for the avalanche of mailed votes for the general election.

She was concerned by the Jacksonville printer’s warning that peel-and-stick envelopes would take longer to deliver. Strips of glue would be faster, the printer advised.

So, glue we got. And voters are figuring it out.

Some voters are moistening the glue, Lewis said, but others have taped the envelopes shut. She’s received envelopes sealed with regular tape, masking tape, duct tape, a collection of colorful stickers, and even the “I voted” sticker included with the ballot package.

None of those creative sealing methods will prevent a vote from being counted, Lewis said.

There’s a laundry list of other things that will also not prevent your vote from being counted, Lewis said.

“My job is not to invalidate anyone’s vote, at all,” Lewis said. “My job is to make sure every vote is counted that can be counted, by state law.”

State law, not current partisan whims or covert instructions from political operatives, governs which ballots Lewis can count and which she cannot.

And, if it makes you nervous that our elections supervisor is registered as a member of the Republican Party, don’t forget that, when it comes to deciding which ballots can’t be counted, Lewis is balanced on the three-member canvassing board by longtime Democratic Party leader Frank Bruno, and County Judge Chris Kelly, a Republican whose judicial role requires him to be apolitical.

Also, the canvassing board does its work in meetings open to the public. You can watch.

Two things will be fatal to your vote: if you fail to sign your ballot, or if the signature doesn’t match what the Elections Office has on file.

While many of us worry that our signatures will be a little off, the more common failure is not signing at all.

“More people do not sign their ballot than have a different signature,” Lewis said.

In the August primary, out of 71,000 mailed ballots, only 133 had signature problems that caused them to not be counted.

Another 150 ballots weren’t counted because they didn’t have signatures at all, and the voters failed to cure the problem.

In the case of a signature problem, you get a chance to fix it. Depending on how close to the deadline your ballot is turned in, if there’s a problem with your signature, or if it’s missing, you will receive either a letter from the Elections Office, or a phone call or email (if you provided a phone number and/or email on your mail-ballot envelope).

Voters have until 5 p.m. Thursday, Nov. 5, to cure signature problems.

And, they have until 7 p.m. Tuesday, Nov. 3, to figure out the glue and get the ballot turned in.

The third thing that will cause your vote not to count is missing that deadline. In the primary, 1,281 ballots were delivered by mail the day after the election, and more trickled in after that.

Based on her conversation with postal officials, Lewis is recommending voters put their ballots in the mail no later than seven days before Election Day, or by Tuesday, Oct. 27, at the latest.

Those who don’t want to take the chance may drop mail-in ballots at the Elections Office at 1750 S. Woodland Blvd. in DeLand, either inside or in a drop box outside, or in a drop box inside Deltona City Hall at 2345 Providence Blvd.

Note: Ballots may not be left in the drop boxes on Election Day, except for the drop box at the Elections Office in DeLand.