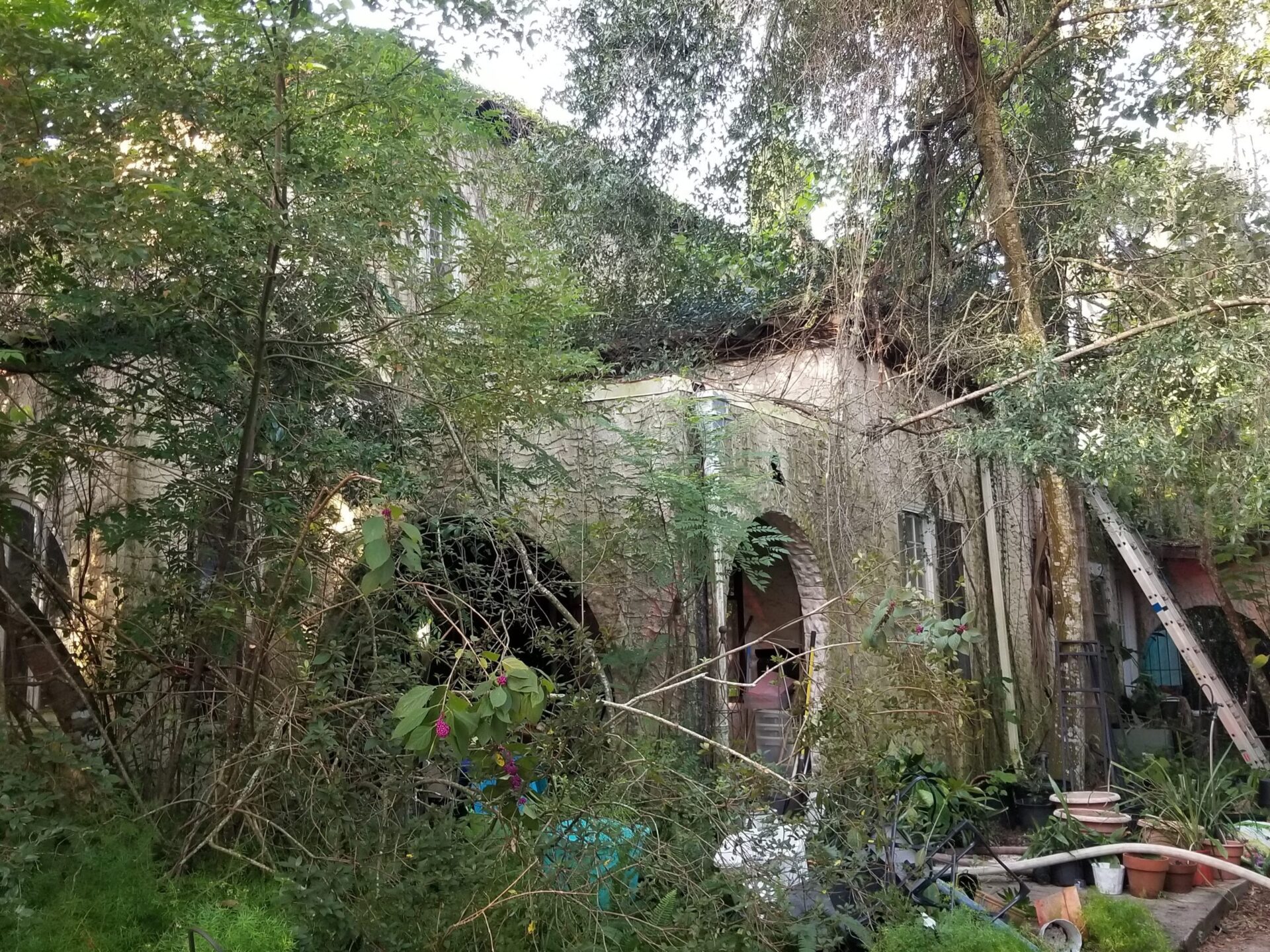 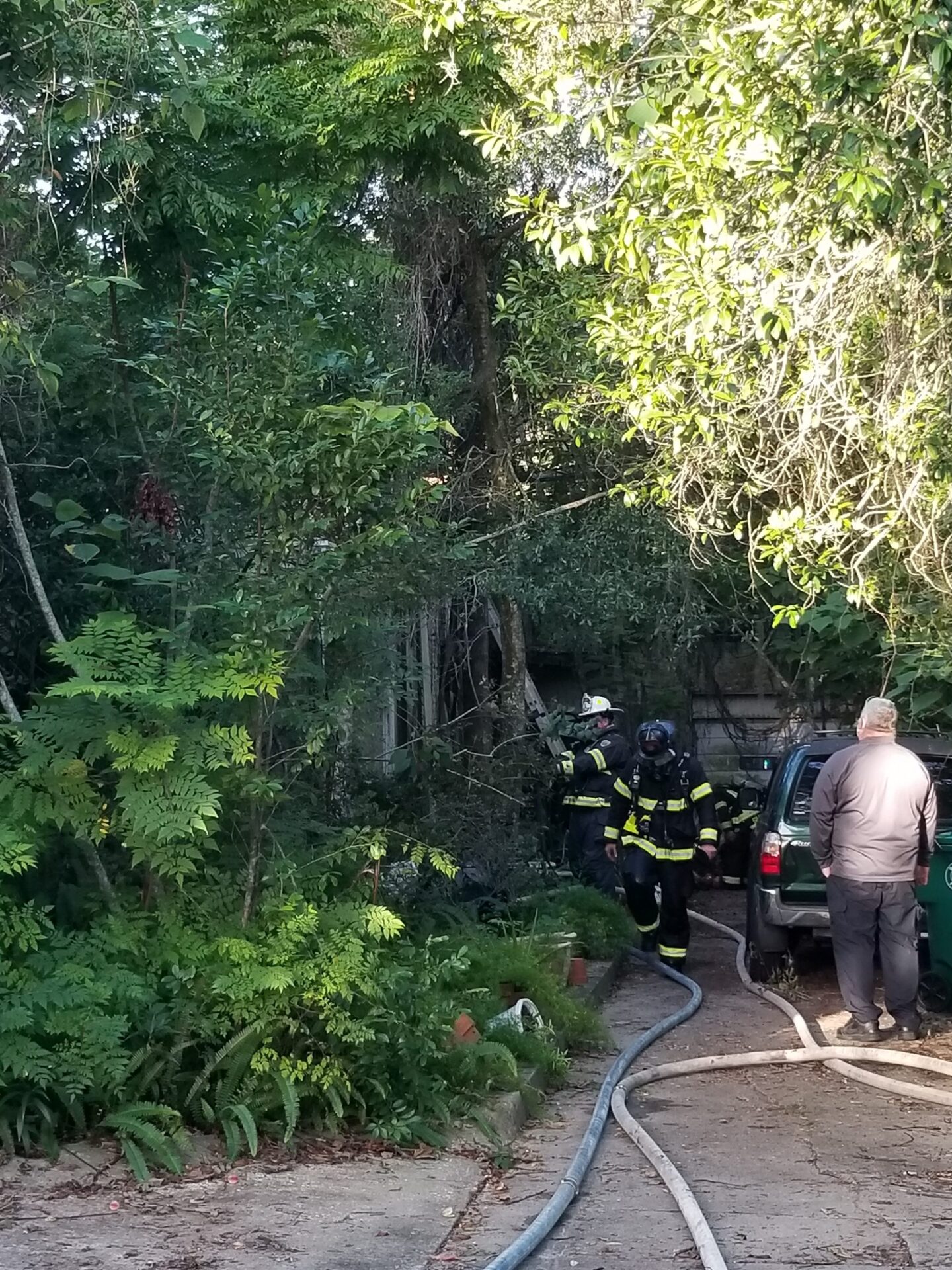 The second floor of the two-story home, as well as the roof, sustained significant damage.

Allen said the fire likely spread from a breach in the house’s chimney, which hadn’t been inspected in 15 years. The resident, according to Allen, was burning paper in her fireplace.

“From what we could surmise, there were some cracks in the chimney walls for a fire to spread from there into the walls and roof,” Allen said.

He added, all chimneys should be inspected yearly, even if it is used regularly.

According to a press release from DeLand city spokesman Chris Graham, initial reports stated smoke was coming from the roof, and fire was spotted near the chimney.

“The American Red Cross was contacted to provide services for the resident,” Graham added in the press release.

A neighbor said a woman and her two dogs escaped this morning as fire broke out in their 1920s DeLand home.

The blaze broke out on the top story of the two-story residence at 134 S. Orange Ave. in DeLand. The Beacon received the first report at 8 a.m.

DeLand Fire Chief Todd Allen said the fire was in the upper roof line of the wood-frame structure, and the cause was yet to be determined.

The home is surrounded by dense foliage, obscuring the view, but it appeared the fire was confined to the upper story.

Five DeLand fire units — including a ladder truck — responded. Three DeLand Police units were also on the scene, as were state fire marshalls and investigators. West Howry Avenue was closed in the area for a time.

At 8:30 a.m., Allen said his team had the fire under control, but that firefighters were still investigating for further hotspots that could reignite the blaze.

The fire chief did not identify the occupant of the home. The Volusia County Property Appraiser’s Office lists the owner of the 1925 structure as Jessica Christie.

This is a developing story and The Beacon will update it as we receive more information.