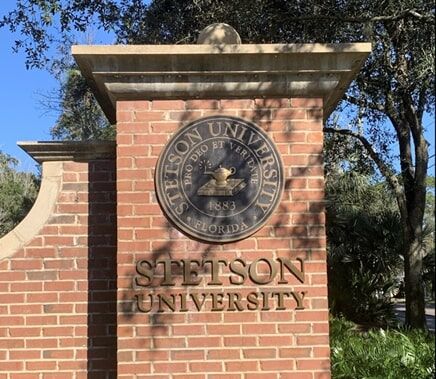 On Jan. 6, a university employee notified the police after noticing the medallion on the corner of North Amelia and East Ohio avenues, and a spotlight used to illuminate the sign, were missing. Officials estimated the cost of both items to be $5,000.

After the DeLand Police Department put out a press release seeking information on the case Jan. 8, the medallion was returned.

According to City of DeLand spokesperson Chris Graham, Stetson University Public Safety received an anonymous phone call the evening of Jan. 8 from an individual who expressed remorse.

Later that night, the individual called back to say the medallion was in a dirt parking lot near the Stetson University Facilities building at the corner of North Garfield and East Arizona avenues, where it was ultimately recovered by school personnel. There was no sign of the spotlight, a Public Safety representative said.