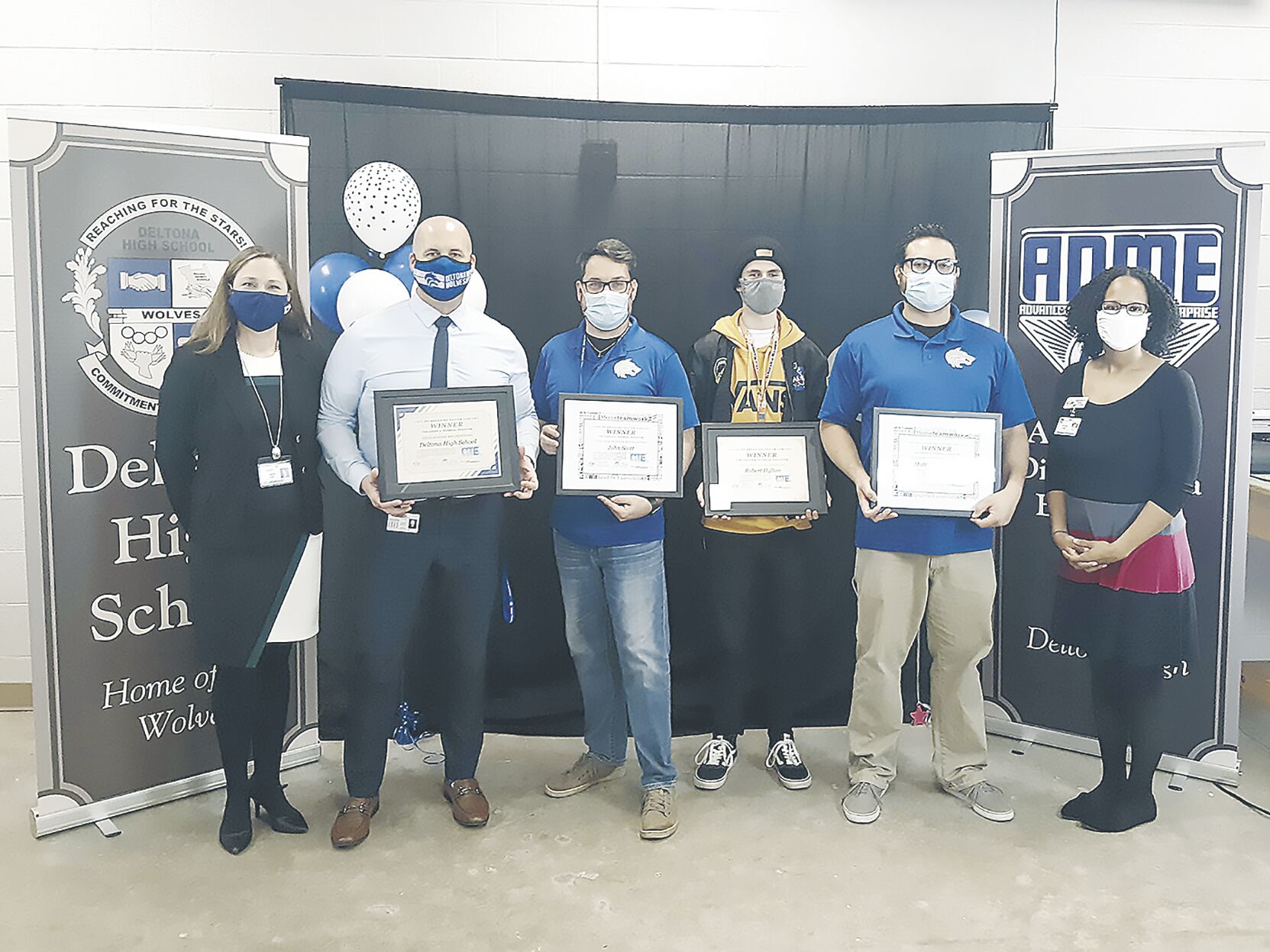 Registration for the spring semester driver’s education program is available on the Volusia County Schools website. Registration started Jan. 18 on a first-come, first-served basis. The website is www. vcsedu.org/special-programs/drivers-education.

Through this generous donation, KidsZone and TeenZone sponsors were able to choose 10-12 pairs of shoes and a bagful of socks for their students. The students were thrilled to receive new shoes, which they are using as they begin their new school semester in January.

The Bulldogs also topped Seabreeze, 72-41, with Hardrick getting 21 points and six rebounds, followed by Van Bibber with 18 points, seven rebounds and one blocked shot.

The lone loss was to state-ranked Orlando Christian Academy, 73-43, with Hardrick scoring 18 points and Van Bibber getting 10 points.

Hardrick, according to The Daytona Beach News- Journal, is the third-best-scoring basketball player in Volusia and Flagler counties, with a 19.8 average per game.

The Lady Bulldog basketball team won one and lost one, with the team defeating Lyman, 38-31. Amari Jackson scored 12 and Jiya Hastings collected 12 points.

The sports calendar, which should be checked due to possible changes, has the wrestling squad at the Flagler Palm Coast Tournament Friday- Saturday, Jan. 29-30.

On Wednesday, Feb. 3, the wrestlers play host to Atlantic at 5 p.m. in the Bulldog gym.

Saturday, Feb. 6, has the Bulldog wrestlers at the Mainland Tournament, while the boys’ junior-varsity basketball team is at the Spruce Creek Saturday Tournament.

The choral program is directed by David Peralta, and it received the funding through a grant titled “Training Tomorrow’s Sound Engineers: Expanding Vocal Arts to Recording Arts.”

Taylor Middle-High School in Pierson is having a door-decorating contest titled “Humanity Tells a Story: What’s Your Chapter?” The competition ends Jan. 27, with one winner to be announced Jan. 28 for the middle and high school. The winners will have an ice-cream sundae party during lunch on Jan. 29.

The Key Club at Taylor is hosting a Teddy Gram Sale, with the Teddy Grams being delivered Feb. 12 during seventh period. The Grams cost $3 for a sweet teddy and candy gram for your special someone. See a Key Club member or teacher Melisse Marheine.

After 11 years of being a VCS school nurse and supervisor, Johana Burgos has moved to become the director of Stetson Health Services. The registered nurse started as the new director Nov. 16. She provides COVID-19 testing to the Stetson community and assists with contact tracing, letting others know if they have been exposed to the virus and should get tested. Burgos also serves on the Safer Campus Task Force, which oversees the university’s extensive mitigation efforts during the pandemic.

Stetson University student Nelson Quezada Herrera, a senior political science and English major, has received the prestigious American Political Science Association Diversity Fellowship Award. He is the first Stetson student to be named an APSA Diversity Fellow. Herrera received a $5,000 fellowship award, while his research and studies will be focusing on political behavior and psychology, and public opinion.

The Stetson School of Business Administration has been named one of the most outstanding in the country by The Princeton Review, which recently released its list of 2021 Best Business Schools. Only 244 business schools across the nation were chosen for the list based on surveys of administrators at business schools during the 2019-20 academic year.

The Stetson University softball team has announced the signing of pitcher/infielder Marissa Baxter, who is a midyear transfer from Chipola College. She batted .287, with four home runs and 18 RBI as a freshman at Chipola. Baxter attended Sneads High School.

The At lant ic Sun Conference (ASUN) announced that the 2 0 21 Men’s and Women’s Basketball Championships will move to a single-site format. The Men’s Championship will take place in Jacksonville March 3-7, followed by the Women’s Championship in Kennesaw, Georgia, March 10-14.

The Hatter men’s basketball team is 2-2 in ASUN play, while picking up a win and a loss to Liberty in the Edmunds Center. The Hats topped the Tennessee squad, 65- 59, with Christiaan Jones scoring 21 points, 10 rebounds, two steals and one blocked shot, while Chase Johnston scored 18 points, and GianCarlo Valdez scored 11 points. The next day, Liberty avenged their loss by stopping the Hatters, 68-58, with Rob Perry scoring 20 points and making eight rebounds.

The Lady Hatters have missed two weekends of games with North Alabama and Liberty due to COVID-19 testing. The Liberty games are slated to be played in Tennessee Feb. 13 and 14, while the makeup date for the North Alabama games has not been set.

Eric Hartless, of DeLand, has been named to the dean’s list at Maryville College in Maryville, Tennessee.

Anastasia Goelzer, of Deltona, has been named to the dean’s list at Wisconsin Lutheran College in Milwaukee.

Kaefier McLean, of DeLand, has been named to the dean’s list at Eastern New Mexico University in Portales.

Eric Gaskell , of DeLand, has been named to the dean’s list at The University of Utah in Salt Lake City.

Briana Eads, of Orange City, has been named to the President’s List at Jacksonville State University in Jacksonville, Alabama.

India Sapp, of Orange City, has been named to the President’s List at Mercer University in Macon, Georgia.