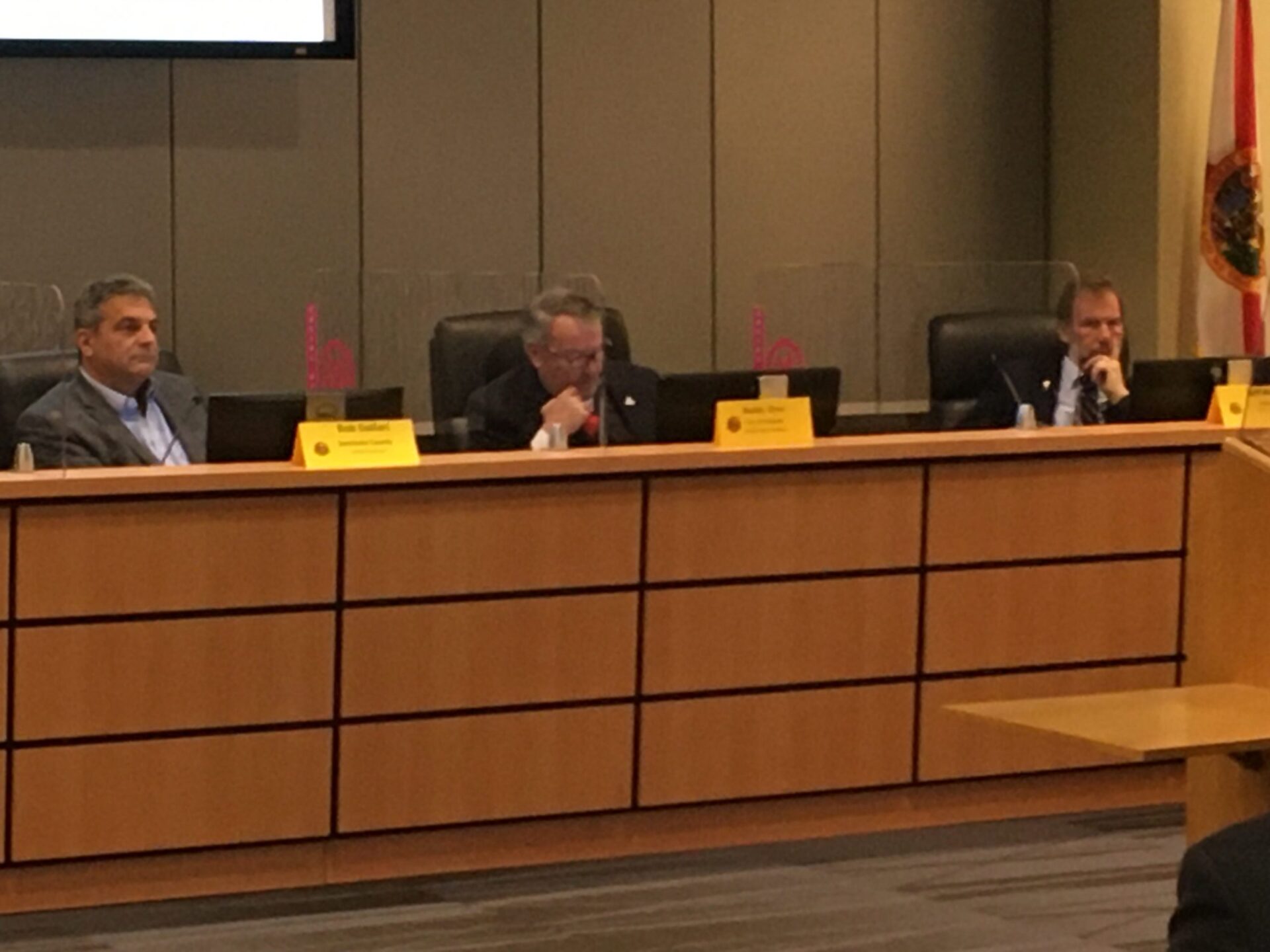 If all goes as now envisioned, DeLand will have SunRail service within about three-and-a-half years.

No less important is the likelihood that the Florida Department of Transportation will continue to pay the bills, delaying its long-planned handoff of the transit system to five local governments this spring.

“We want to be able to put it in operation and make sure everything is working,” Perdue said.

The FDOT now owns and operates the unfinished commuter-rail system. Under agreements ratified in 2007 by the five local partners — Volusia, Seminole, Orange and Osceola counties and the City of Orlando — the FDOT would pay the system’s expenses for the first seven years and then hand SunRail over to the new owners.

The expenses include the SunRail system’s current annual operating deficit of $40 million, along with the cost of local bus service for SunRail riders to and from the depots provided by Votran in Volusia County, and by Lynx in the Greater Orlando area.

The seven years of FDOT’s obligation began May 1, 2014, when SunRail started weekday service between DeBary and the Sand Lake Road station in Orlando. That 38-mile stretch was known as SunRail Phase 1, and the planned extension of rail service to DeLand as its north terminus was designated as Phase 2 North. The extension to Poinciana was Phase 2 South.

The beginning of SunRail daily service meant the clock was ticking toward the day when FDOT would relinquish ownership and let the locals pay its costs. The state’s largesse was supposed to end May 1 of this year, and local leaders, with no transition plan in place, were wondering how they would manage.

Five — The number of local governments who are partners in the SunRail venture: Volusia, Seminole, Orange and Osceola counties, and the City of Orlando.

61 miles — Total length of the portion of the CSX rail corridor between DeLand and Poinciana owned by the Florida Department of Transportation for use by SunRail.

49 miles — Length of the CSX corridor between DeBary and Poinciana now used by SunRail.

12 miles — The approximate length of the last segment of SunRail between DeBary and DeLand that is awaiting improvement to extend daily commuter service to DeLand.

Now, instead of laying a second set of railroad tracks in that portion of the corridor, the FDOT is considering a less-expensive proposal to lay parallel tracks two miles north of DeBary and four miles south of DeLand. Doing it that way is expected to cost about $42 million.

Previous estimated costs of extending SunRail to DeLand have ranged between $77 million and $100 million.

More than $1 billion — Capital costs incurred by SunRail so far.

$18 million — Revenues of SunRail, namely fares, along with advertising income and charters.

$40 million — Annual operating deficit of SunRail, which the FDOT is now covering, but which will someday become the responsibility of the local partners, including Volusia County.

Now, thanks to Perdue’s words of comfort, much of their immediate stress is relieved. No vote was taken at this meeting of the Rail Commission; in October 2020 the commissioners voted 3-2 to move forward with the DeLand leg. At the time, Volusia County Chair Ed Kelley and Orange County Mayor Jerry Demings cast the “no” votes.

As for the extension of SunRail to DeLand, Perdue outlined the “procurement process.”

“It’s going to be a design-build project. You’re looking at about 36 months to completion,” Perdue told the Rail Commission Feb. 4. “That is an estimate. It could change.”

Perdue said his agency is going through “a procurement process” to find a firm to finish the design of the 12-mile SunRail segment between DeBary and DeLand. That process may take about 10 months, he said. Once the FDOT selects a firm, the construction phase of double tracking may take 18 to 24 months.

Perdue’s announcement comes a few days after the Volusia County Council agreed to support a proposal that saves money by reducing the number of new parallel, or “double” tracks from 12 miles to six, effectively limiting the number of trains that can serve the DeLand station per day.

Perdue explained where the double tracks will be built.

Previous scenarios called for almost 12 miles of double tracking northward from DeBary, except for a short single rail line over a creek west of Orange City.

That nearly entire two-track length, which would allow more frequent service to and from DeLand at busy times when northbound and southbound trains would run alongside each other, was expected to cost between $77 million and $100 million.

Using what is known as “value engineering,” FDOT planners were able to reduce the anticipated cost of expanding SunRail to DeLand.

That proposal, which also includes the DeLand station, a parking lot with as many as 102 spaces, and road-crossing apparatus such as lights and signals, had an estimated cost of $41.95 million when the County Council gave its support Jan. 19. Volusia County‘s share of the capital outlay is approximately $10 million, or about 25 percent.

“It is a challenge for us financially,” County Chair Jeff Brower said.

Brower, elected to the chair seat in November, made his first appearance in his new role of representing Volusia County on the five-member Rail Commission. Brower is the newest member, having succeeded former Volusia County Chair Ed Kelley.

Brower’s colleagues hailed the FDOT’s willingness to defer the deadline for giving SunRail to them.

“I also agree that you operate it before you turn it over to us. Maybe six months,” Orlando Mayor Buddy Dyer said.

Dyer said he and other Orange County leaders may wish to consider asking voters to approve a 1-percent local-option sales tax to pay some of SunRail’s operating expenses.

Seminole County weighed in with a preference for testing the completed 61-mile system before the local partners take over.

“We have to accept this in good working order,” Seminole County Commissioner and outgoing Rail Commission Chair Bob Dallari said.

“We are committed to operating SunRail through Phase 2 North. We are fully committed to this partnership,” Perdue said.

“The construction of Phase 2 North has to be there for the transition,” Perdue also said after the meeting.

In other action, the Rail Commission named Orange County Mayor Jerry Demings as chair for 2021. Osceola County Commissioner Viviana Janer will serve as vice chair, and Dyer is serving as secretary.