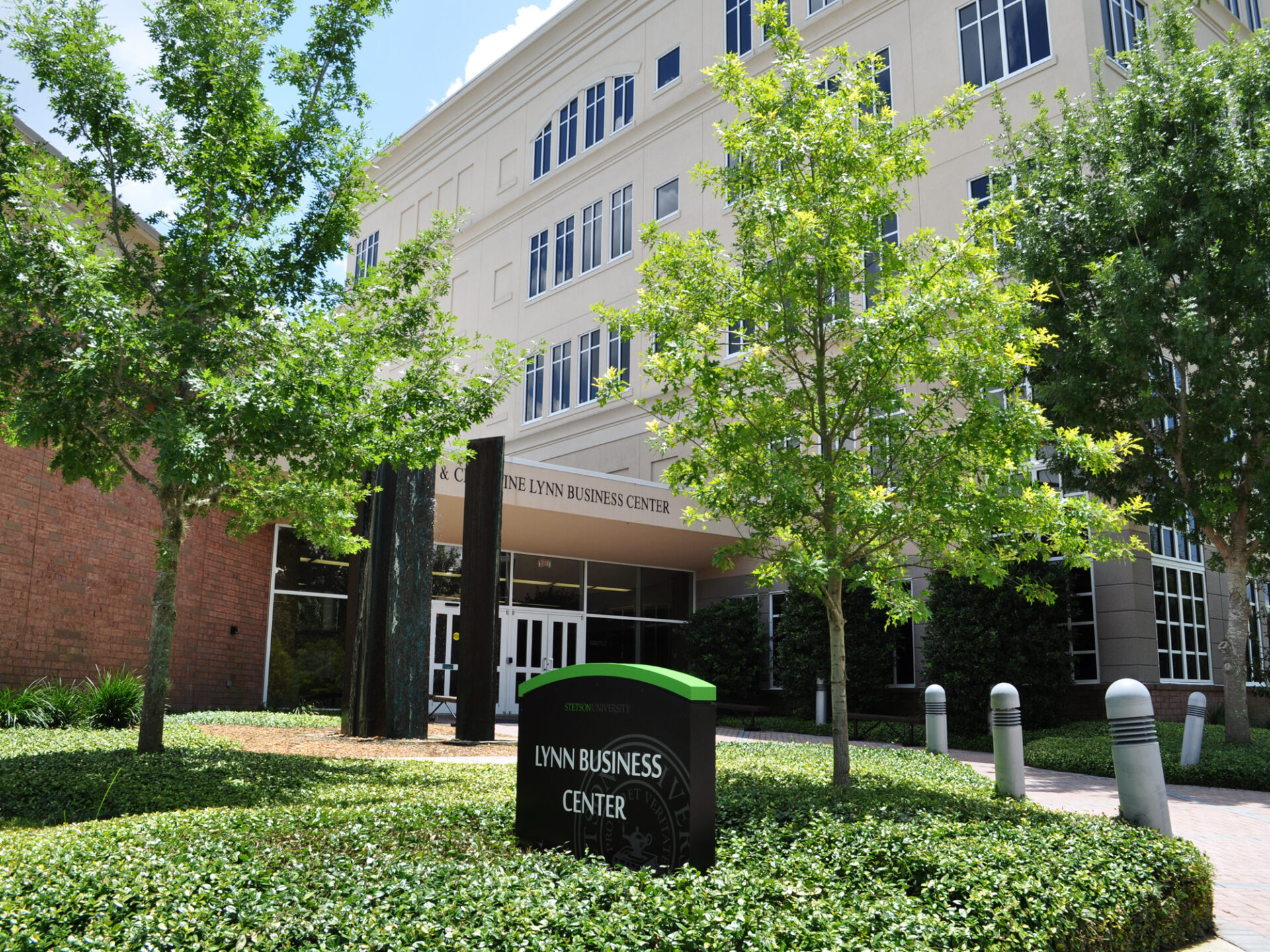 The Roland George Investments Program’s (RGIP) Stetson A and B teams used their analytical, valuation, report-writing and presentation skills to evaluate the online pet-product company Chewy.com.

“I was happy that the students’ hard work and long hours had paid off, especially since they participated voluntarily in the CFA Institute Research Challenge outside of their classes,” said Matthew Hurst, Ph.D., interim director of the Roland and Sarah George Investments Institute in Stetson’s School of Business Administration. “The competition is the closest that a group of students can get to writing professional-level research, and it prepares them for the rigors of the industry, amount of time and due diligence required to fully evaluate a company.”

The CFA Institute Research Challenge is an annual collegiate research competition that provides undergraduate students from around the world with hands-on mentoring and intensive training in financial analysis and professional ethics.

MATTHEW HURST, PH.D. — Hurst is the interim director of the Roland and Sarah George Investments Institute in Stetson’s School of Business Administration.

The Stetson B team suggested that Chewy.com was overvalued by around 50 percent and deserved a sell recommendation, which means owners should sell their shares in the company because the value was not justifying the current price.

“The Stetson B team winning the CFA Institute Research Challenge during the state competition was an exciting surprise,” said alumna and team captain Ivy Nguyen, who graduated in December. “The team performed an intensive analysis of Chewy.com’s customers and built a model from the ground up, using that behavior to project revenue moving forward. Our core finding was that the company’s growth was likely less sustainable than the market assumed and couldn’t justify its current trading price.”

“Stetson University’s Finance Department and the solid foundation of the School of Business Administration’s curriculum and RGIP program are among the best in the state of Florida,” Hurst said. “RGIP has a long history of being successful in student-managed investment fund competitions, but this was a research challenge, so it’s nice to see that Stetson prepares its students for the caliber that professionals with CFA credentials value.”

RGIP students manage a portfolio of $5.5 million in stocks and bonds; develop their own investment goals, objectives and criteria; and have produced profitable returns.