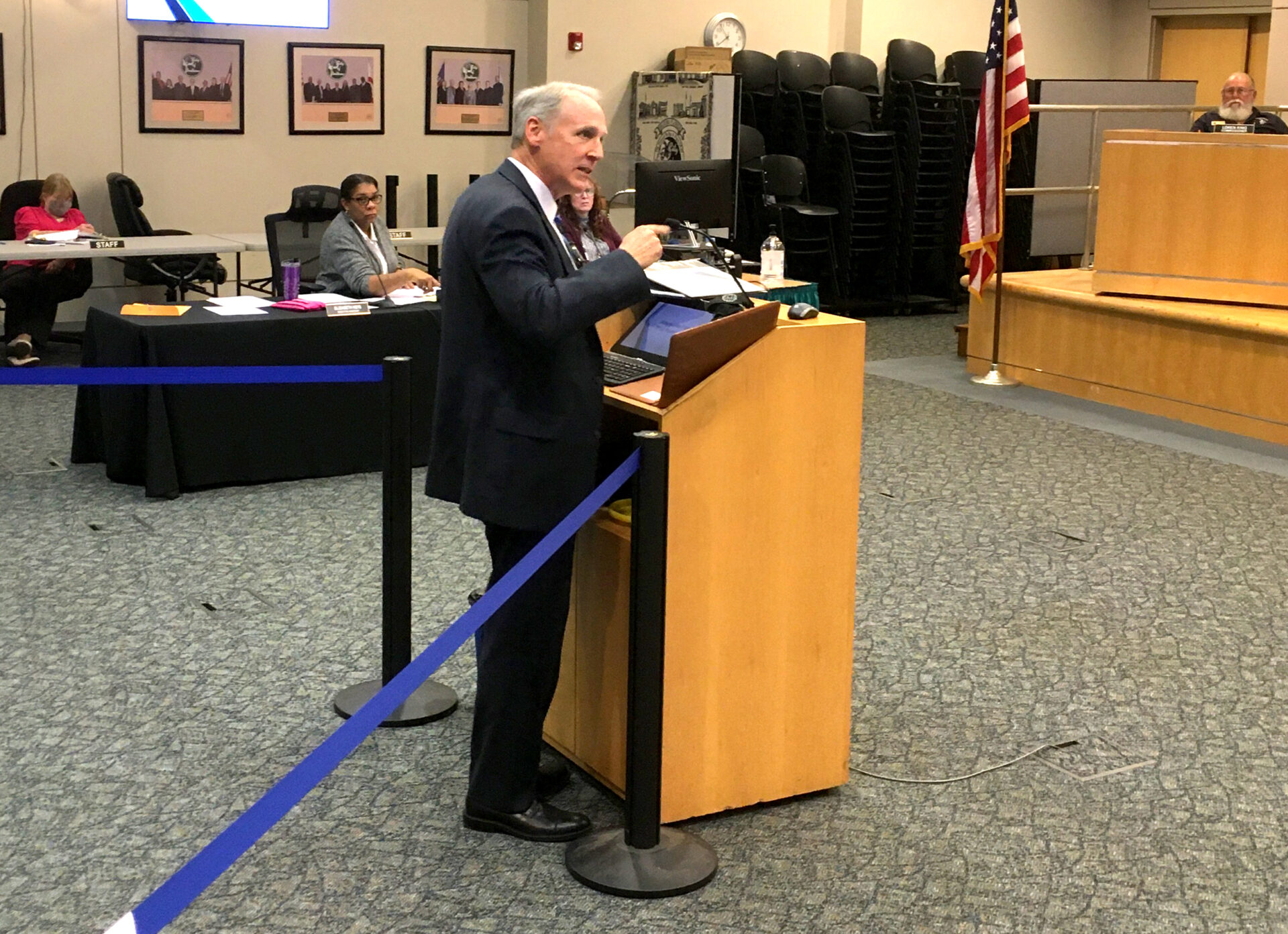 The City of Deltona now faces a lawsuit over a suburban-style subdivision approved by the City Commission for a rural area near Osteen.

Chambers is asking the court to void the rezoning ordinance approved by the City Commission on April 19.

The suit, drafted and filed by Orlando attorney Clifford Shepard, challenges the RPUD zoning because of its alleged “adverse effects,” including:

• incompatibility and inconsistency with surrounding agricultural and conservation properties,

• the planned density of the neighborhood, and

• possible impacts on wetlands and the environment.

In short, Chambers’ action alleges the development, known as Hickory Lakes Preserve, is urban sprawl into the countryside and a violation of Deltona’s state-mandated growth-management plan.

“Plaintiff will suffer an adverse effect … including interests related to health and safety, police and fire protection service systems, densities or intensities of development, transportation facilities, health care facilities, equipment, or services, and environmental or natural resources,” the lawsuit reads.

The suit notes that Chambers, in addition to owning land next to the planned Hickory Lakes Preserve, operates a horse-training and boarding business in the rural setting.

The suit, filed May 14, notes the “improperly rezoned property” is in the midst of a federal scenic-highway corridor along the St. Johns River, known as the River of Lakes Heritage Corridor. The corridor includes several conservation and environmentally sensitive lands. Moreover, a portion of the Hickory Lakes Preserve tract is in a flood plain.

Approval of the rezoning for Hickory Lakes Preserve followed a five-hours-long public hearing, which often turned passionate as opponents spoke out against the project. In the end, however, the City Commission voted 4-3 in favor of the rezoning.

Contacted regarding the lawsuit over Hickory Lakes Preserve, Deltona Mayor Heidi Herzberg said the City Commission will have to consider the civil action at an upcoming meeting and decide how to avoid costly legal bills. Deltona’s liability insurer, she said, does not defend the city in cases such as this.

“It’s my understanding that land use and zoning are not covered,” she told The Beacon. “The commission needs to be aware that this is going to come out of the general fund.

Herzberg, who was one of the majority of four commissioners favoring the rezoning, said she could not comment on the suit per se, because she has not seen it.

The case is so new that it has not yet been assigned to a judge.